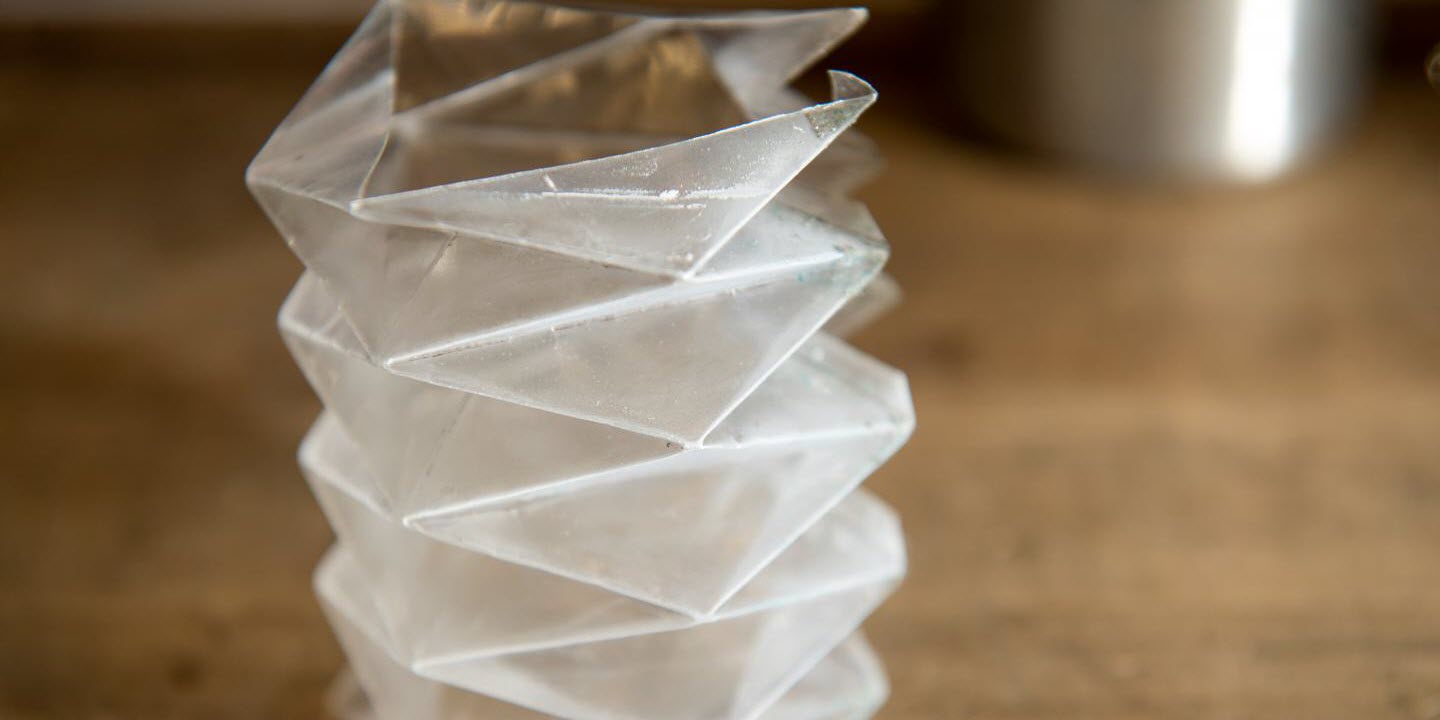 The researchers have developed an origami-inspired, folded plastic fuel bladder that doesn't crack at super cold temperatures and could someday be used to store and pump fuel.
WSU

The researchers have developed an origami-inspired, folded plastic fuel bladder that doesn't crack at super cold temperatures and could someday be used to store and pump fuel. Led by graduate student Kjell Westra and Jake Leachman, associate professor in the School of Mechanical and Materials Engineering, the researchers have published their work in the journal, Cryogenics.

The challenge of fuels management has been an important limiting factor in space travel, largely restricting space travel to either shorter trips for large amounts of cargo or to small satellites for long duration missions. In the early days of the US space program in the 1960s and 1970s, researchers tried to develop round balloons to store and pump liquid hydrogen fuel. They failed. Every bladder would shatter or leak as they tried to squeeze it at the required very cold temperatures for the liquid fuels. The heartiest designs only lasted five cycles. 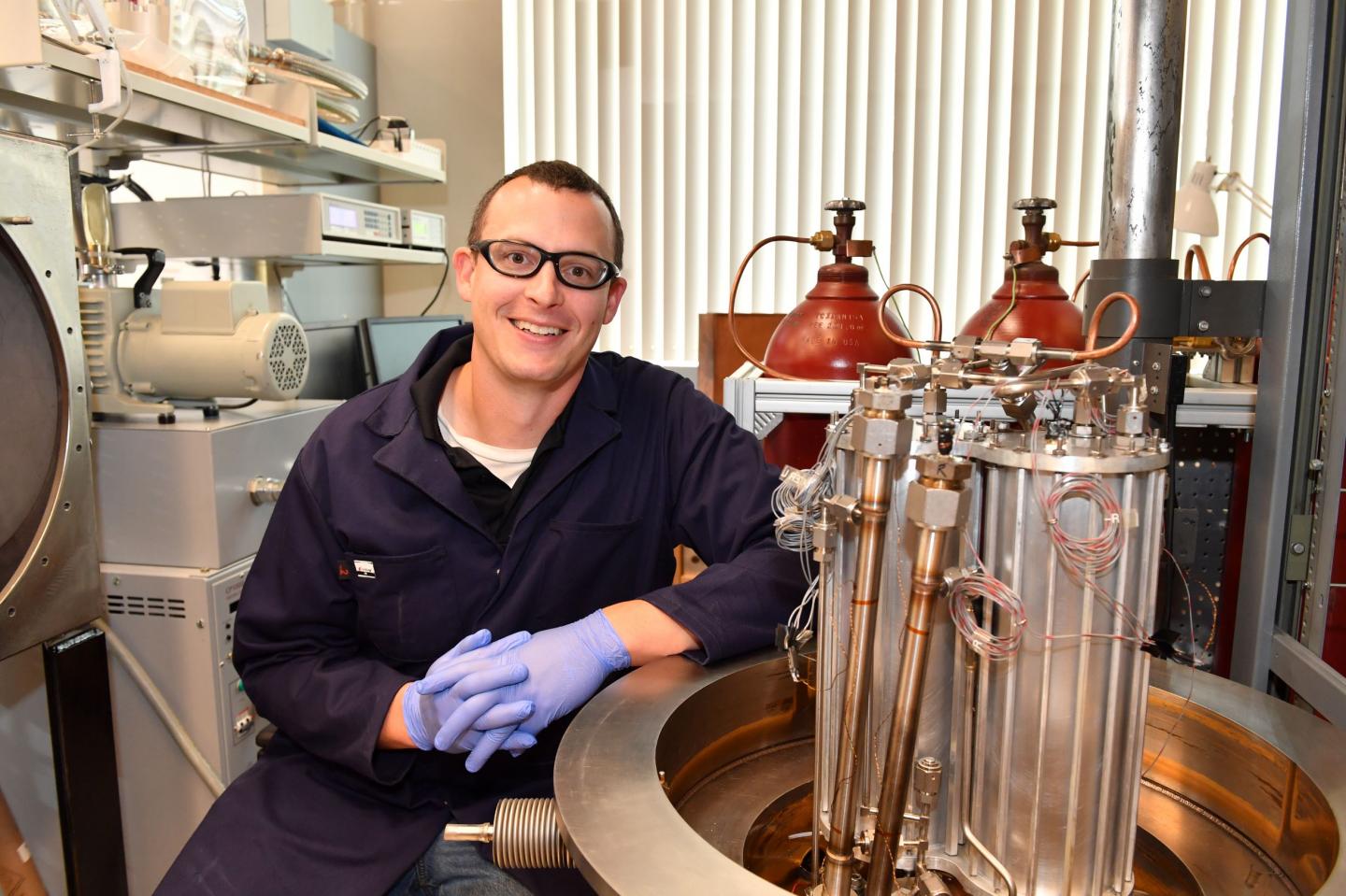 The researchers abandoned the effort and instead came to rely on less ideal propellant management devices. Current systems use metal plates and the principle of surface tension to manage liquid fuels, but the systems are slow and can only dribble out fuels in small quantities, so the size of fuel tanks and missions are limited.

"Folks have been trying to make bags for rocket fuel for a long time," Leachman said. "We currently don't do large, long-duration trips because we can't store fuel long enough in space."

Through a literature search, Westra came upon a paper in which researchers developed some origami-based bellows. Researchers started studying origami in the 1980s and 1990s with the idea of making use of its complex shapes and interesting mechanical behavior. The origami folds spread out stresses on the material, making it less likely to tear. Using a thin, Mylar plastic sheet, Westra and collaborators in the Hydrogen Properties for Energy Research laboratory decided to apply the design he saw to develop a fuel bladder.

"The best solutions are the ones that are already ready-made and that you can then transfer to what you're working on," Westra said. 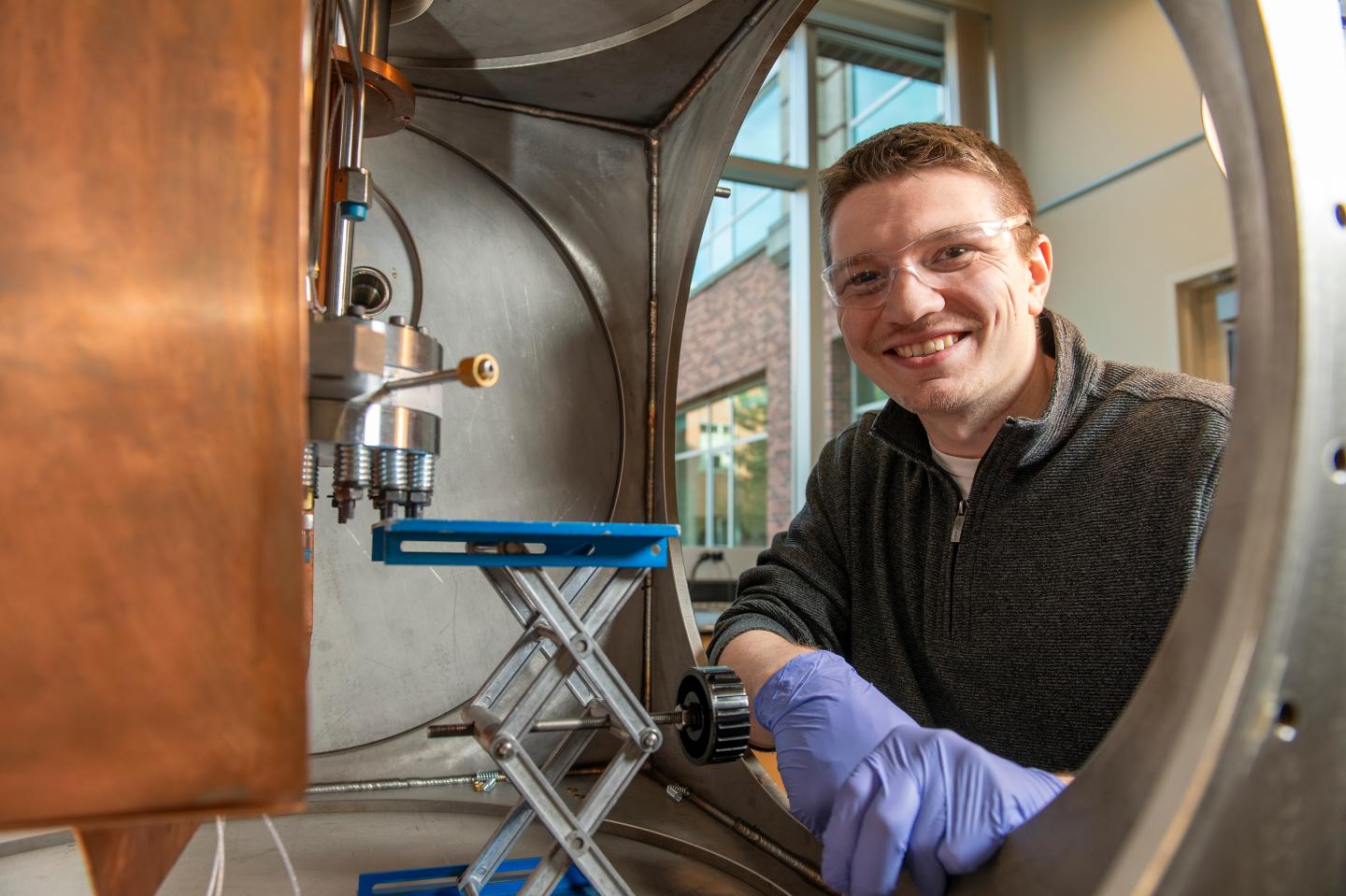 Having never tried origami before, he said it took a couple tries and a few hours with a YouTube video to figure out how to fold the bellows. Once he folded it, he tested it in liquid nitrogen at about 77 degrees Kelvin. The researchers found that the bladder can be squeezed at least 100 times without breaking or leaking under cold conditions. They've since demonstrated the bellows numerous times, and it still doesn't have holes in it.

"We think we've solved a key problem that was holding everybody back," Leachman said. "We're kind of excited about that."

The researchers are now beginning to conduct more rigorous testing. They plan to do testing with liquid hydrogen, assessing how well they can store and expel fuel and comparing the flow rates of their bladder with current systems. Westra recently received a NASA graduate fellowship to continue the project.

"Kjell's success is a perfect example of great WSU students studying what's out there and then being in the right place at the right time to make it happen," Leachman said.

- This press release was originally published on WSU Insider. It has been edited for style