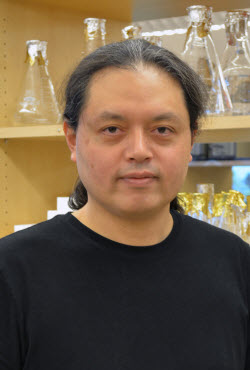 Nobuyoshi Suto, a newly appointed assistant professor of molecular and cellular neuroscience at TSRI, will be the principal investigator for the two five-year studies.

“The risk of chronic relapse, even after long periods of abstinence, is a major issue in treating addiction,” Suto explained.

Previous studies have shown that external stimuli or cues signaling the availability of drugs or alcohol (“availability cues”)—such as drug paraphernalia or the smell of beer—can activate certain types of neurons, neurochemicals and circuits in the brain and trigger relapse.

Suto and his colleagues, however, are looking at the opposite phenomenon. In preliminary studies, they have demonstrated that cues signaling the unavailability of drugs or alcohol (“omission cues”) can actually suppress relapse in well-established animal models of drug addiction.

Using the omission cue-induced suppression as the animal model of relapse suppression, the researchers want to know which brain mechanisms mediate the relapse-suppressing action of omission cues. This research could not only uncover fundamental workings of the brain in behavioral inhibition, but could also point to new methods for helping people resist relapse.

Suto’s preliminary data with rat models suggest that omission cues activate neurons in the medial prefrontal cortex, the area of the brain associated with decision making. This is consistent with results from human studies showing activity in the medial prefrontal cortex when addicts are shown images of drug use and told to suppress their cravings.

“If we can better understand these brain mechanisms that actively suppress—as opposed to promote—relapse, we may be able to develop a drug to enhance these mechanisms and maybe mimic those relapse-suppressing cues,” said Suto.

Suto will be collaborating with TSRI Professors Friedbert Weiss, Larry Parsons and Mark Mayford, along with Bruce Hope, investigator with the NIH’s Intramural Research Program.

“The great thing about doing this study at TSRI are the world-class scientists here,” said Suto.