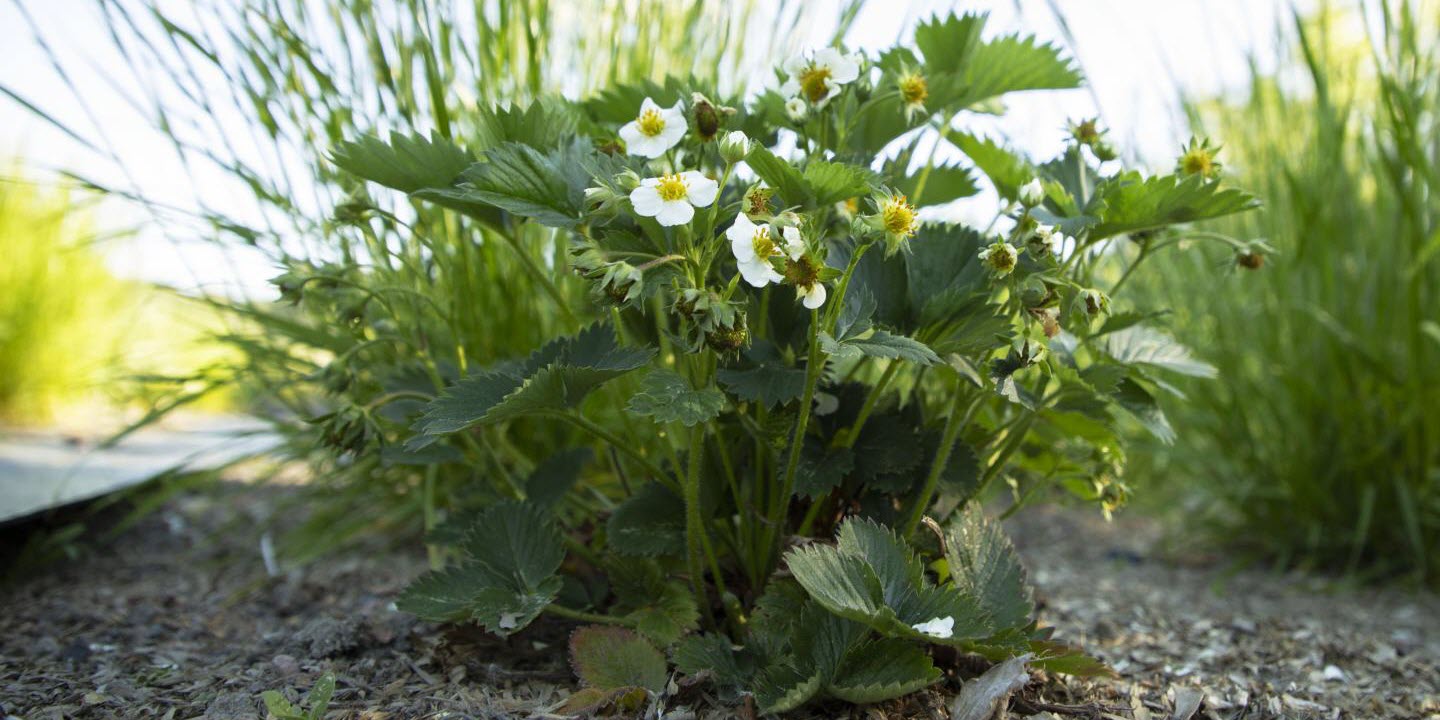 Strawberry and meadow fescue were used in the study.
Viivi Saikkonen

A new study finds that glyphosate residue in manure fertilizer decrease the growth of strawberry and meadow fescue as well as runner production of strawberry.

"We established an experimental field where we planted both strawberry and meadow fescue. These plants were fertilized with bedding material containing excrements from quails raised on feed containing glyphosate residue and organic feed free of the residue," says senior researcher Anne Muola from the Biodiversity Unit of the University of Turku, Finland.

"Our results support earlier studies which have found that already very small glyphosate residue (< 1 mg/kg) in soil affect the germination and growth of crop plants. Our results also show that glyphosate residue accumulated in poultry excrements can inhibit the growth-promoting effects of manure when applied as fertilizer," explains Docent Marjo Helander from the Department of Biology.

Glyphosate-based herbicides are the most frequently used herbicides globally. Many GMO crops are so called "glyphosate ready," meaning that they are resistant to glyphosate. This allows agricultural practices where glyphosate is applied in considerable amounts which increases the likelihood of its residue ending up in animal feed.

"For instance, the cultivation of GM soy is not allowed in the EU. Still, soy is an excellent energy and protein source and it is imported from outside the EU to be used as a component in animal feed. The glyphosate residues in feed are then accumulated in poultry excrement," says Marjo Helander."Poultry manure is rich in essential nutrients and organic compounds, and thus, to increase the sustainability of poultry industry, regulations suggest that poultry manure should be used as an organic fertilizer. However, this can lead into a situation where glyphosate can be unintentionally spread to fields or gardens via organic fertilizer, counteracting its ability to promote plant growth."