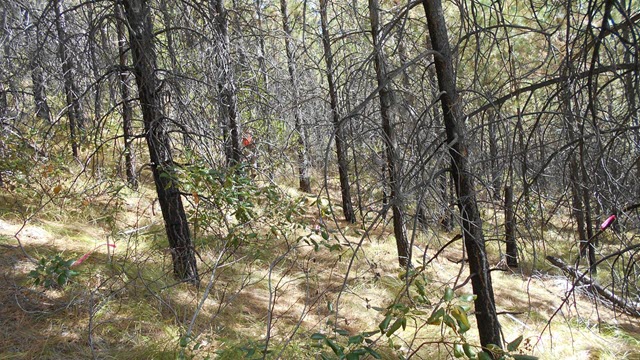 Area of the Entiat Experimental Forest, about 30 miles north of Wenatchee, that was logged, reseeded, and managed after the 1970 wildfire.Credit: USDA Forest Service

Salvage logging and re-seeding a forest after a wildfire helps reduce flooding and returns water levels to normal faster, according to a new paper from a Washington State University researcher.

The paper, just published in the journal Hydrological Processes, shows that water levels are still increased up to 40 years after a fire.

"Trees work like straws, pulling water up out of the ground," said Ryan Niemeyer, an adjunct faculty member in WSU's Center for Sustaining Agriculture and Natural Resources (CSANR). "When you remove them, the water has to go somewhere. Flooding is common after a wildfire, as is elevated stream flow in subsequent summers. But seeing that the effect lasts for up to 40 years is a little surprising and certainly a new finding."

Their research looked at the US Forest Service's Entiat Experimental Forest in north-central Washington, which burned in 1970. The fire likely started from a lightning strike, Niemeyer said.

Three distinct areas of the forest were observed, with two of them having salvage logging done to remove what remained of the burned trees. Those areas were also fertilized and native seeds were dropped on the area. The third area was left untouched.

The fire interrupted a planned logging experiment in the forest, so researchers at the time switched to monitoring the effects of wildfire, said Niemeyer, who grew up hunting and fishing in the Entiat watershed.

Related Article: The Science of Wildfires

The original studies in the early '70s showed that water levels in the watershed increased significantly after the fire. But the measurement equipment was removed after a few years, said the native Washingtonian. 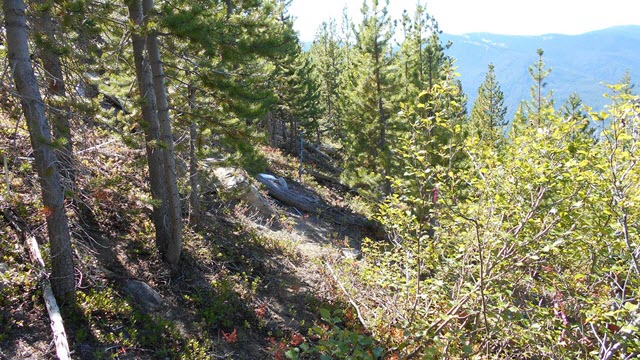 Another area of the Entiat that was left to regrow without intervention.Credit: USDA Forest Service

Fast forward to 2004, when a new grant allowed for stream flow monitoring equipment to be re-installed to measure the long-term impact the fire had on water levels. The measurement period was from 2004-11, after which Niemeyer, a hydrologist who is also a post-doctoral researcher at UC-Santa Barbara, and his colleagues spent five years analyzing the data.

After roughly 40 years, only one of the three areas still had water levels above the pre-fire baseline: the section that was left alone to recover.

Increased water levels can be positive and negative, he said. If you want more water coming down a stream for increased access to water for irrigation, for example, then you wouldn't want to salvage any of the logs or re-seed the area.

But that extra water can have other impacts on the land, he said. Trees help hold soil in place when it rains, so erosion is higher in areas that aren't re-seeded. That increases sediment going into the watershed, which can impact fish and other wildlife.

"It's really a complex set of interactions, and each wildfire situation effects water and water usage differently," Niemeyer said. "But now we know how long a fire impacts nearby water, and that those impacts can be reduced faster."

Since it's now been eight years since the sensors were removed, and 15 since they were first re-installed, the researchers are hoping to start another round of monitoring in the area. They plan to write a grant proposal to fund re-installing the sensors to see if, and when, the untouched area returns to normal water levels.