WASHINGTON, DC — April 20, 2021 — Forensic science includes the analysis of blood backspatter involved in gunshot wounds, but scientific questions about the detailed role of fluids in these situations remained unresolved.

To search for answers about how blood droplets from a gunshot wound can reverse direction while in flight, University of Illinois at Chicago and Iowa State University researchers explored the influence of propellant gases on blood backspatter.

In Physics of Fluids, from AIP Publishing, the researchers report using numeric modeling to capture the behavior of gun muzzle gases and predict the reversal of blood droplet flight, which was captured experimentally. Their experiments also show the breakup of blood droplets, a future extension of their modeling efforts.

Propellant gases from gunpowder issue from the gun barrel at high speed and form turbulent vortex rings, which can be visualized by high-speed shadowgraph images, like those used to capture flow structures of supersonic aircraft or spacecraft.

A penetrating bullet tends to spatter blood droplets from the victim backward, toward the shooter, but a turbulent vortex ring of muzzle gases moving from the shooter toward the victim can reverse the flight of the droplets. 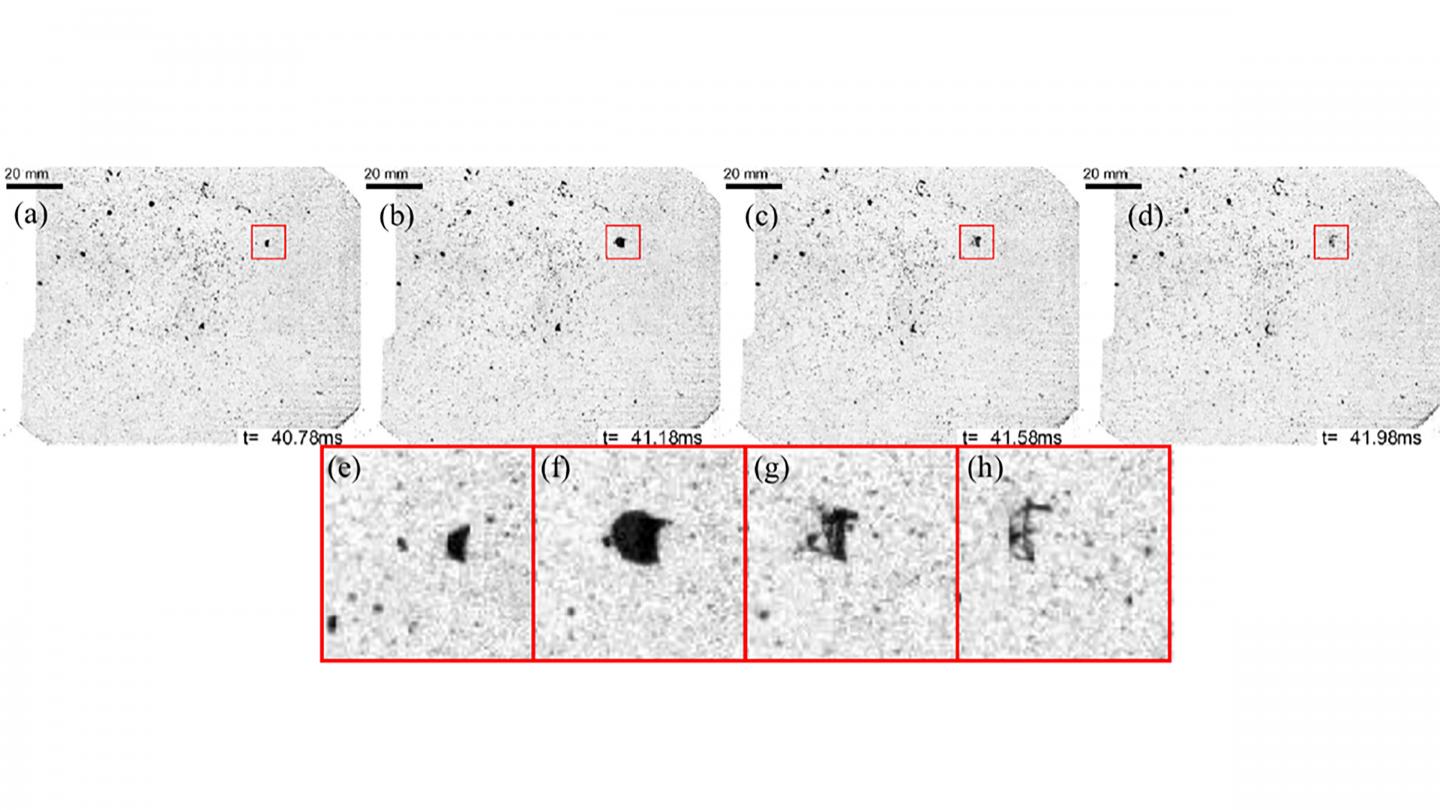 The researchers' prior work focused on modeling the trajectories of blood droplets that lead to bloodstains that end up being analyzed by forensics experts.

"We used proper fluid dynamics models for the aerodynamic drag, which led to significant improvements, but concluded muzzle gases should also be included and can dramatically alter the formation and size of blood droplets," said Alexander Yarin, a distinguished professor at the University of Illinois at Chicago.

In their most recent work, the researchers identified an additional feature at play beyond deflection and reversal of blood spatter back toward the victim: the secondary breakup of formed droplets in flight, identified by James Michael's group at Iowa State University.

The researchers' imaging results made it clear "the size of droplets can be dramatically impacted through the secondary breakup induced by the muzzle gas wind," said Yarin. "We're working to analyze this behavior using bloodstain patterns with Drs. James Michael and Daniel Attinger and their team at Iowa State University."