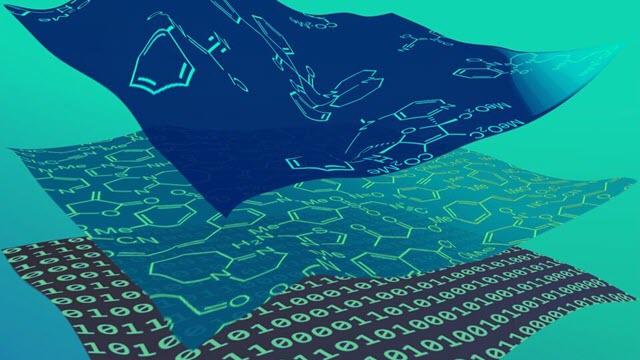 A new type of artificial-intelligence-driven chemistry could revolutionize the way molecules are discovered, scientists claim.

In a new paper published in the journal Nature, chemists from the University of Glasgow discuss how they have trained an artificially-intelligent organic chemical synthesis robot to automatically explore a very large number of chemical reactions.

Their "self-driving" system, underpinned by machine learning algorithms, can find new reactions and molecules, allowing a digital-chemical data-driven approach to locating new molecules of interest, rather than being confined to a known database and the normal rules of organic synthesis.

The result could be a decreased cost for discovering new molecules for drugs, new chemical products including materials, polymers, and molecules for high-tech applications like imaging.

The team demonstrated the system’s potential by searching around 1,000 reactions using combinations of 18 different starting chemicals. After exploring only about 100, or 10 percent, of the possible reactions, the robot was able to predict with over 80 percent accuracy which combinations of starting chemicals should be explored to create new reactions and molecules. By exploring these reactions, they discovered a range of previously unknown new molecules and reactions, with one of the reactions classed to within the top one percent of the most unique reactions known.

The approach was designed and developed by the team lead by professor Lee Cronin, the University of Glasgow’s Regius Chair of Chemistry. Professor Cronin and his team are convinced that this result will help pave the way for the digitisation of chemistry and developing new approaches to chemistry using a digital code that drives autonomous chemical robots.

Professor Cronin said: “This approach is a key step in the digitization of chemistry, and will allow the real time searching of chemical space leading to new discoveries of drugs, interesting molecules with valuable applications, and cutting cost, time, and crucially improving safety, reducing waste, and helping chemistry enter a new digital era.”

This research is funded by the University of Glasgow complex chemistry initiative as well as the European Research Council and the Engineering and Physical Sciences Research Council.  Additionally, the business activity of DeepMatter Group Plc, the AIM listed company of which Professor Cronin is the founding scientific director, is working on the digitisation of chemical space and the development of new ways of using robotics to do chemistry using the Chemputer.