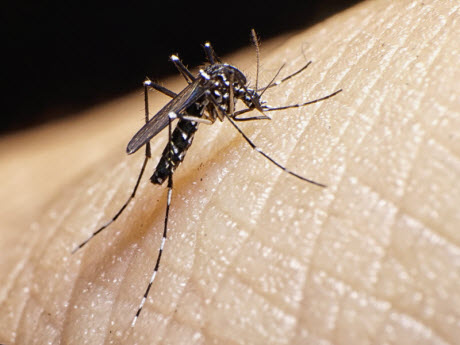 Photo courtesy of RTI InternationalRESEARCH TRIANGLE PARK, NC – In response to the recent spread of the Zika virus, RTI International is launching a series of initiatives to help world leaders combat this health crisis.

RTI is funding four studies in Latin America to better understand the effects of Zika on pregnant women and which trimester a baby is most at risk; the long-term effects of the virus on babies and their families; how drones can be used for vector control activities of Zika-carrying mosquitos; and the public's understanding of the virus and how to prevent it.

"World leaders are struggling with how to deal with the Zika virus in large part because there is so much we still don't know about its health effects and transmission," said Wayne Holden, PhD, RTI International president and chief executive officer. "It's critical that we find out those answers so that policies and practices can be put in place to address the virus. RTI has the talent, expertise and global experience that puts us in a prime position to help with this crisis, and we're compelled to fund such an important effort."

For the first project, RTI will pilot a cohort study enrolling women in Southwestern Guatemala who are pregnant or are trying to get pregnant. Researchers will monitor these women and their children for two years. They will evaluate neonatal outcomes, including microcephaly, among women with Zika infection during pregnancy and women who are not infected during pregnancy.

"With this study, we hope to be able to identify the trimester in which Zika infection has the greatest risk to a fetus as well as other outcomes among infants and young children that may not be immediately apparent at birth," said Pia MacDonald, Ph.D., senior director of RTI's Center for Applied Public Health Research and the project's principal investigator.

Researchers will test female participants for Zika, dengue and chikungunya, all viral diseases carried by the Aedes mosquito. The infants will be evaluated for microcephaly and other neurological and ocular issues.

RTI researchers are also conducting an exploratory trip to Brazil to meet with health officials and research collaborators to explore the possibility of a longitudinal study of families affected by Zika and the role of early intervention programs in supporting child development and family adaptation.

Additionally, RTI will conduct research to understand Guatemalans' awareness of disease prevention behaviors, including household mosquito control measures. RTI researchers will try to understand what perceptions, attitudes and behaviors members of the public have about the Zika virus and how to prevent transmission through a series of in-depth interviews in the country. They also will track news coverage and social media mentions about the disease.

"Because Zika virus transmission has emerged quickly and is not completely understood by researchers, it may encourage public anxiety and fear," said Brian Southwell, PhD, director of the Science in the Public Sphere Program in the Center for Communication Science at RTI. "That anxiety and fear, in turn, could complicate public engagement in prevention programs. Our research will help us understand current public perception in Guatemala surrounding the Zika virus so that we can develop strategies to clarify myths and misinformation and promote preventive efforts."

When it comes to prevention efforts, vector control is currently the only disease prevention option available to Zika. RTI will use unmanned aerial vehicles (drones) to map potential breeding locations for the Zikus virus carrying Aedes mosquitos such as pots, old tires, and discarded swimming pools. The improved mapping will enable targeted efforts to eliminate the mosquito breeding habitat and improve behavior change communication programs to high risk villages and areas of towns and cities.