Autopsy—an open-source, digital forensics platform used by law enforcement agencies worldwide to determine how a digital device was used in a crime and recover evidence—is being enhanced with the addition of several new capabilities requested by law enforcement. 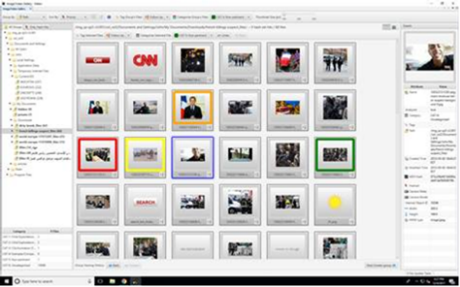 A screenshot of the Autopsy image gallery module. Displayed within the image gallery is different searches a user could use. The highlighted boxes, noted in yellow, red, blue, orange and green boxes, designates the user’s search criteria. Image courtesy of the DHSNearly every crime committed today involves digital media—such as computers and cell phones. In most cases, these devices contain vital evidence, including call logs, location information, text and email messages, images, and audio and video recordings that could help law enforcement investigators close a case. At the same time, the types and sizes of these devices are proliferating at an incredible rate, but the budgets of most state and local law enforcement agencies are not keeping pace.

Since it was first released 15 years ago, a community has grown around Autopsy development that continues to grow and deliver law enforcement investigators the new capabilities and functionality they have identified as pressing needs. The DHS Science and Technology Directorate previously funded the development and open-source release of Autopsy modules and its stewardship continues today as part of the Cyber Security Division’s (CSD) Cyber Security Forensics project. CSD is part of the Homeland Security Advanced Research Projects Agency.

As part of the current Cyber Forensics project work plan, the following capabilities will be developed or enhanced within Autopsy:

Each capability enhancement was identified through a survey of law enforcement agencies conducted by Cambridge, Massachusetts-based Basis Technology Corporation, Autopsy’s primary developer. Basis Technology queried agencies about their biggest challenges and where they spend the bulk of their investigative time. These new/enhanced capabilities will be provided through future open-source releases of Autopsy.

“These enhancements will substantially increase Autopsy’s ease-of-use for law enforcement agencies,” said Megan Mahle, program manager of S&T’s Cyber Security Forensics project. “The modules we’re focusing on through our effort will add new functionalities and promote flexibility for use by each law enforcement investigator.”

Autopsy—built as an extensible platform—boasts thousands of users around the world and is downloaded an average of 4,000 times each week. It supports all types of criminal investigations—from fraud to terrorism to child exploitation. As an open-source platform, it is a cost-effective tool investigators can use to solve crimes, especially in these days of shrinking budgets. In addition to the development activity, the platform also supports the incorporation of third-party modules (either open or closed source). 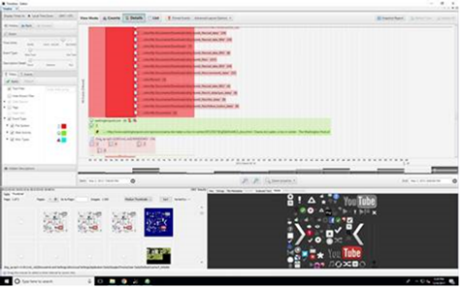 A screenshot of the Autopsy timeline analysis. The timeline analysis helps a user understand when items such as call logs, location information, text and email messages, images, and audio and video recordings were accessed on an examined device.Image courtesy of the DHSThe easy-to-use software system has standard forensic tool features regularly used by federal, state, and local law enforcement organizations, including disk-image analysis, hash-set analysis, indexed keyword search, registry analysis, and Android and web-artifact analysis. Additionally, Autopsy includes unique capabilities such as support for multi-user cases, automated ingest and correlation analysis. It is taught at many law enforcement conferences and training courses, including at DHS’s four Federal Law Enforcement Training Centers, and used by many agencies as either a primary and validation tool for casework.

Project requirements are established by the Cyber Forensics Working Group (CFWG), which is composed of representatives from law enforcement agencies at all levels of government. The group, led by CSD, meets biannually to discuss capability gaps, prioritize technology development foci, and set solution requirements. members also serve as testing-and-evaluation partners for prototype technologies developed through the project.

Over the last several years, the Cyber Security Forensics project has transitioned the following technologies in support of law enforcement organizations nationwide.