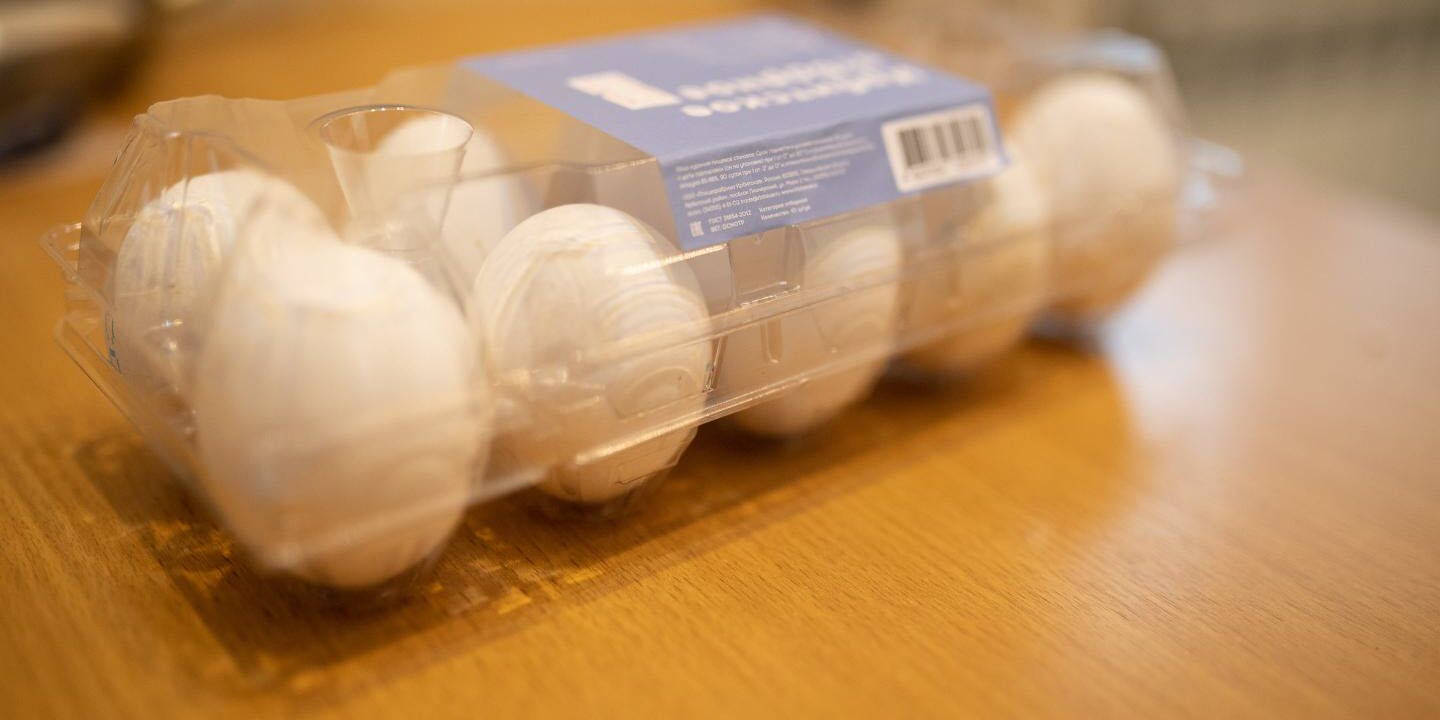 The cost of irradiation of plastic packaging for 10 eggs was 1.2 eurocents.
UrFU / Ilya Safarov

Russian researchers have developed an inexpensive, safe, and reliable packed eggs surface disinfection technology. This technology helps to kill bacteria, including salmonella, on eggshells. Also, it allows the raising of broiler chickens with strong immunity to viral diseases. Packed eggs are disinfected with 50 nanoseconds (one billionth of a second) of an electron beam. Disinfection takes place in plastic containers. The description of the technology was published in Food and Bioproducts Processing.

"Disinfection of the packed eggs protects eggs from subsequent contamination during storage," said Sergey Sokovnin, a professor at Ural Federal University and Ural Branch of Russian Academy of Science. "We found out that 5 kGy is enough for disinfection. Such [a] dose allows [the user] to disinfect containers and eggshells but does not affect the physical properties of the protein, yolk, and shell—or their composition. The size of the eggs does not matter."

Disinfection does not affect the quality of meat and the volume of chicks—63 percent of chickens hatch from ordinary eggs, compared to 64 percent from processed ones. But the difference is that healthy chickens emerge from the disinfected eggs.

"Eighty-six percent of chickens from untreated eggs show signs of chronic inflammation. In chickens from irradiated eggs, this figure reached only four percent," said Sokovnin. "At the same time, chickens from the second group had an increased immunity to Newcastle disease. This is a bird's viral disease. It means that chickens from sterilized eggs will be less sick. And it will be possible to significantly reduce the dose of antibiotics when they are growing."

The technology also saves time for industrial manufacturers—about six hours when hatching chickens from clean eggs. Instead of the usual 22-24 hours, chickens appear in 16-18 hours. This is extremely important as it reduces production costs.

"The accelerator capacity is 108 million eggs per year, which is enough for a large poultry farm," said Sokovnin. "It permits irradiation [of] up to 40 eggs per second. The cost of irradiation of plastic packaging for 10 eggs was 1.2 eurocents. If one technological line will operate in one shift of 250 working days a year, then the investment will be returned in five years. The main costs are staff salaries, overhead costs, [and] equipment costs."

There are no serious technical problems with the implementation of the technology. The small size of the accelerator makes it easy to integrate into existing lines for control and packaging of eggs in poultry farms. The technology, according to scientists, can also be used to disinfect the surface of eggs of other birds, as well as products with peels or another natural packaging (seeds, bananas, oranges).

- This press release was originally published on the Ural Federal University website. It has been edited for style and clarity