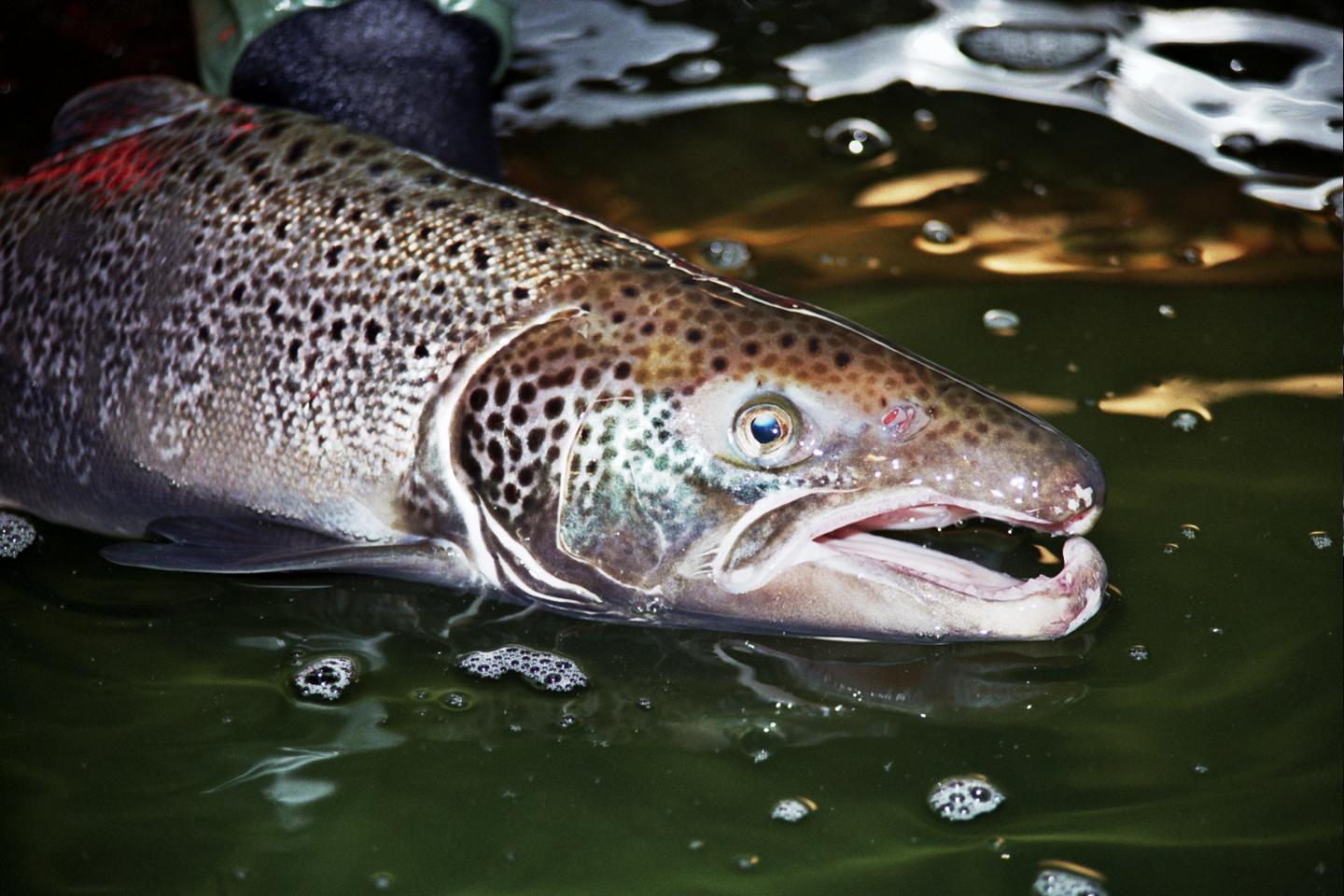 While focused on Atlantic salmon, the results may also apply to other salmonids.US Fish and Wildlife Service - Northeast Region: Wikimedia Commons.

Salmon species, known for undertaking arduous upstream migrations, appear to owe a good deal of their athletic ability to the presence of a single enzyme.

New research indicates that plasma-accessible carbonic anhydrase (paCA)--an enzyme anchored to the walls of salmons' blood vessels--helps reduce how hard their hearts have to work during exercise by up to 27 per cent.

"Salmon species get one shot at reproduction, and we know cardiovascular performance can be a limiting factor during migration," says zoologist Till Harter, who led the study while a researcher at the University of British Columbia (UBC).

"It appears paCA plays a key role in enhancing the animal's ability to extract oxygen from their blood, making salmon great aerobic athletes and giving them a much-needed edge during migration."

The researchers also found the paCA enzyme kicked in when the fish were exposed to low water oxygen levels--hypoxia--and helped the salmon recover faster from exercise.

Working with Kurt Gamperl and other collaborators at the Memorial University of Newfoundland, the team placed Atlantic Salmon in swim tunnels with adjustable water flow--basically creating a treadmill for fish. They then inhibited the function of paCA in some fish, and measured the enzyme's impact on cardiovascular function. In some instances, Atlantic Salmon were unable to swim against strong water flow altogether when paCA was inhibited.

The study--published in the Proceedings of the Royal Society B--is the first to measure the role of paCA during exercise in fish, and the first to assess it in free-swimming animals.

While focused on Atlantic salmon, the results may also apply to other salmonids (including Pacific salmon) and even more broadly to teleosts (bony fishes).

"Whether other teleosts species also take advantage of this mechanism still needs to be formally tested," says Harter, now with the Scripps Institution of Oceanography at the University of California San Diego.

"But if substantiated by future work, the implications could be tremendous--teleosts make up nearly half of all vertebrate species and the vast majority of fish species."