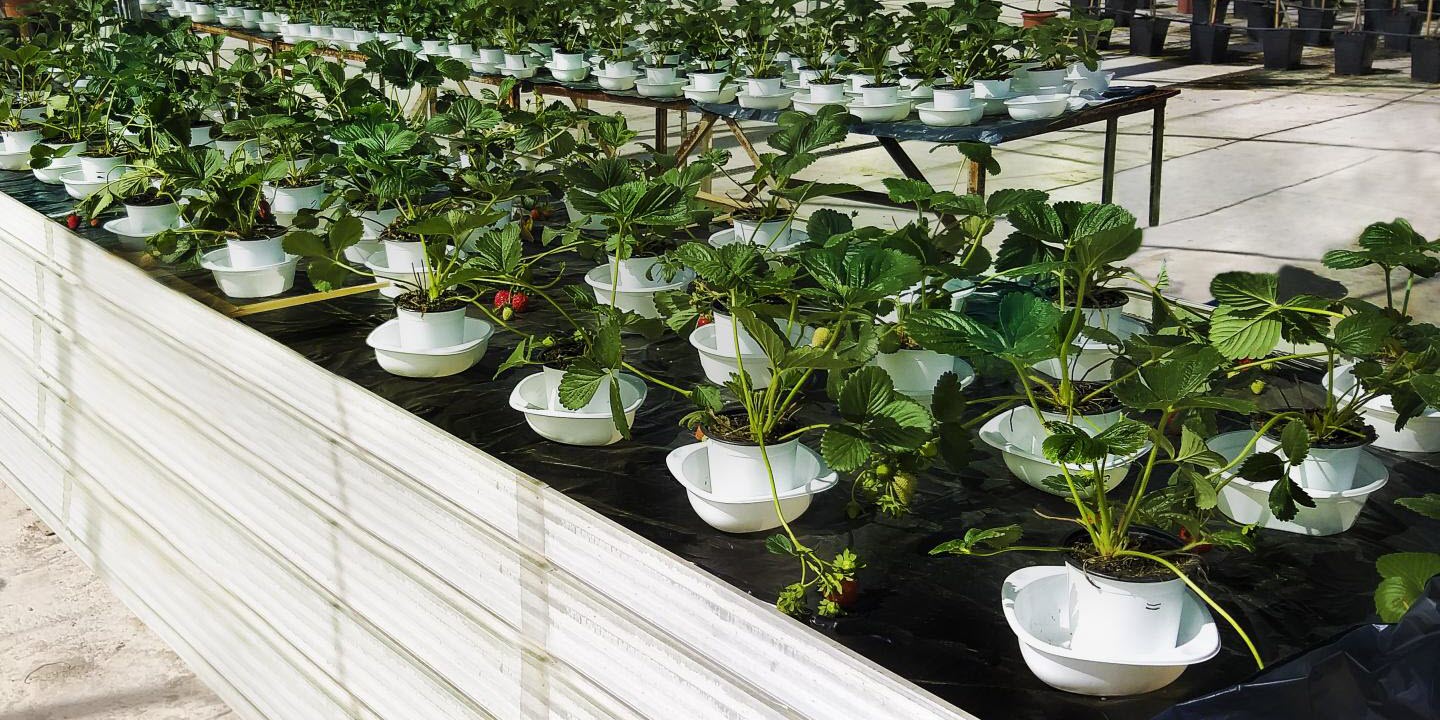 Samples of the study strawberries.
University of Córdoba

Strawberry production is one of the driving forces in the Spanish agriculture sector, as strawberries are highly valued for their organoleptic characteristics and health benefits. These two factors, their economic relevance, and the value that consumers assign them, make this fruit an object of scientific research from multiple perspectives, including that of food safety.

A research project headed by Liliana Pérez-Lavalle, Elena Carrasco, Pedro Vallesquino-Laguna, Manuel Cejudo, Guiomar Denisse Posada, and Antonio Valero has aimed to evaluate whether the Salmonella Thompson bacteria, one of the pathogens that can contaminate the fruit through sewage and/or the soil, could penetrate through the roots of strawberry plants (specifically, the 'San Andreas' variety) and reach the fruit.

For the study, several groups of strawberries were subjected to water contaminated with the pathogen at different levels of inoculation. The roots, leaves, and fruits were then analyzed, finding a very low proportion even in those that had received the greatest amount of contaminated water. In this way it was determined that access from the root to the edible zone is not a significant entry route for the pathogen. It was also determined that drip irrigation is more effective in preventing contamination than sprinkler irrigation, as the former prevents direct contact between the water and fruit, thus tending to avert both product contamination and deterioration. "An excess of humidity in the fruit due to contact with water can cause the proliferation of mold, resulting in rotting," explained the group's researchers.

The reason why the Salmonella bacterium was researched is its high degree of survival in products made from strawberries and its durability, being able to exist in wastewater and soil for periods of more than eight months. It has a great capacity to adapt to different conditions of environmental stress, such as the acidic pH of some fruits.

The research group concluded that there is also a greater possibility of surface contamination of strawberries, which can occur during harvesting, when workers do not comply with the corresponding hygienic measures, or due to the fruit coming into contact with contaminated surfaces. They stress that most strawberries are not washed, in order to prevent deterioration due to mold, which is why it is particularly important that consumers, as the last link in the chain, make sure that they do wash this fruit prior to consumption.

- This press release was supplied by the University of Córdoba. It has been edited for style