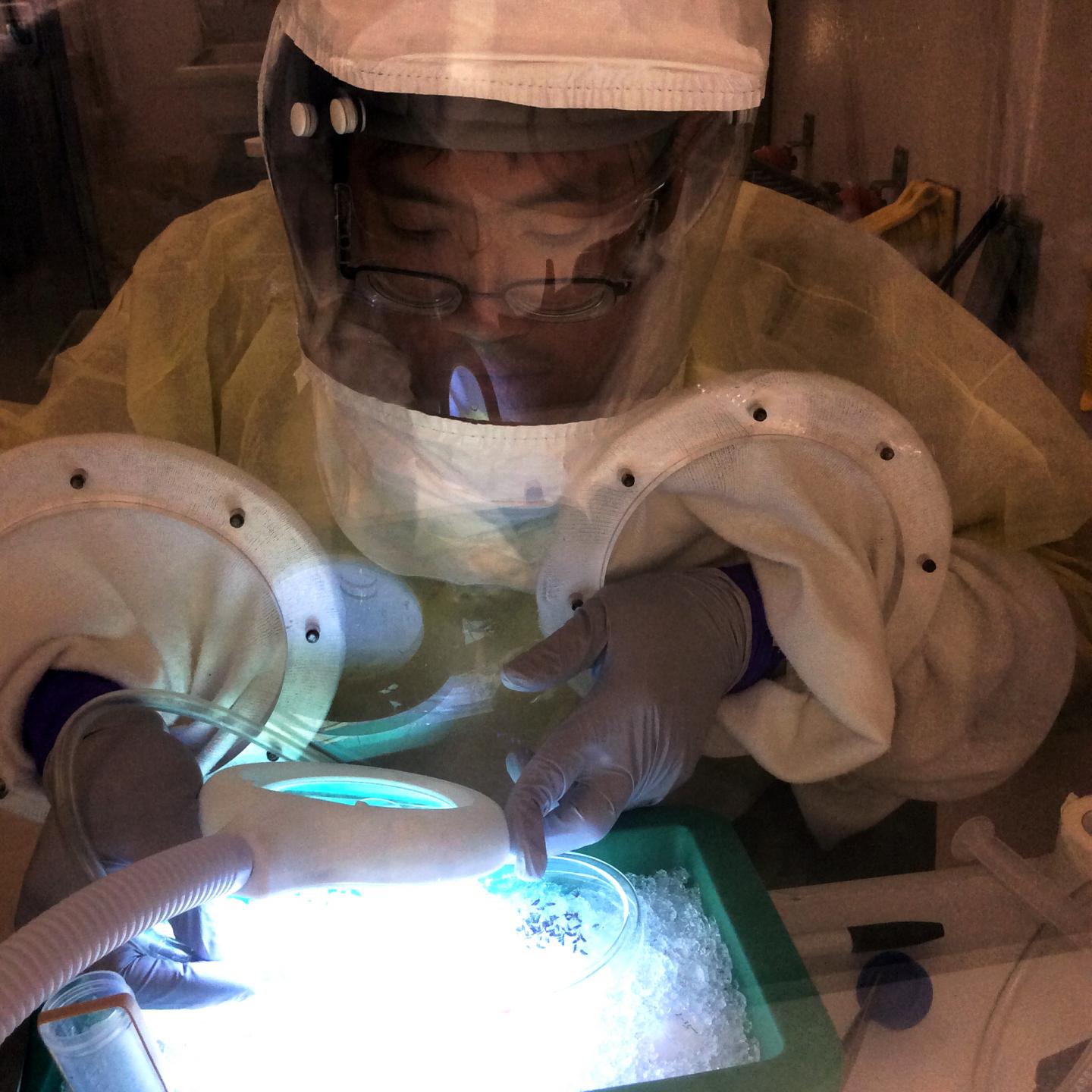 MANHATTAN, KS — A new study by Kansas State University researchers is the first to confirm that SARS-CoV-2 cannot be transmitted to people by mosquitoes.

Stephen Higgs, associate vice president for research and director of the university's Biosecurity Research Institute, or BRI, together with colleagues from the BRI and the College of Veterinary Medicine had the findings published July 17 by Scientific Reports.

The article, "SARS-CoV-2 failure to infect or replicate in mosquitoes: an extreme challenge," details the study's findings, which provide the first experimental investigation on the capacity of SARS-CoV-2, the virus that causes COVID-19 disease, to infect and be transmitted by mosquitoes.

"While the World Health Organization has definitively stated that mosquitoes cannot transmit the virus, our study is the first to provide conclusive data supporting the theory," said Higgs, Peine professor of biosecurity and university distinguished professor of diagnostic medicine and pathobiology.

The study, which was done at the BRI, a biosecurity level-3 facility, ultimately found that the virus is unable to replicate in three common and widely distributed species of mosquitoes—Aedes aegypti, Aedes albopictus, and Culex quinquefasciatus—and therefore cannot be transmitted to humans.

"I am proud of the work we are doing at K-State to learn as much as we can about this and other dangerous pathogens," said Higgs. "This work was possible because of the unique capabilities of the BRI and the dedicated BRI and institutional staff."

Researchers at the BRI have completed four additional studies on COVID-19 since March and this is the first peer-reviewed publication based on SARS-CoV-2 experiments wholly conducted at K-State.

Research at the BRI has been ongoing with other animal pathogens that can be transmitted from animals to people, including Rift Valley fever and Japanese encephalitis, as well as diseases that could devastate America's food supply, such as African swine fever and classical swine fever. The research was in part supported by the National Bio and Agro-Defense Facility Transition Fund provided by the state of Kansas.

"We have remarkable talent and capabilities working within our research and training facility at the BRI," said Peter Dorhout, K-State vice president for research. "The BRI is one of the critical anchor facilities in the North Campus Corridor, which serves as our growing research and development space for private sector and government agency partnerships with K-State."