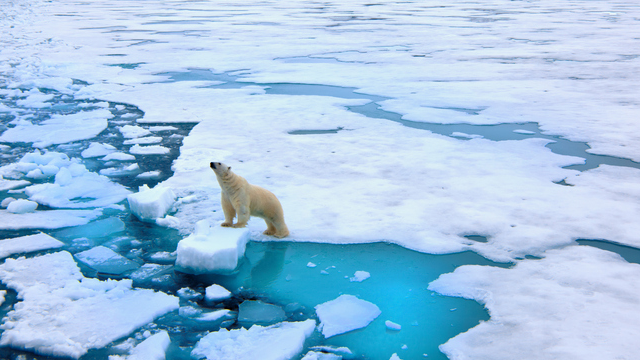 Despite overwhelming scientific agreement on the question of human-caused global warming, a major gap exists between this consensus and the public's understanding of the issue. Writing in BioScience, Jeffrey A. Harvey, of the Netherlands Institute of Ecology, and his colleagues examine the causes of the consensus gap, focusing on climate-denier internet blogs and the ways in which they use topics such as Arctic sea ice extent and polar bear well-being to foment misapprehensions about climate change among the public.

Harvey and his colleagues performed an analysis of 45 climate-denier blogs, noting that 80 percent relied primarily on a single denier blog for their evidence, which itself had a single author who "has neither conducted any original research nor published any articles in the peer-reviewed literature on polar bears." This paucity of expertise and evidence is common among such blogs, say the authors, as are personal attacks against researchers and attempts to misstate the extent of scientific uncertainty about crucial issues. Such narrowly framed attacks are designed to generate "keystone dominoes," say the authors, which deniers can then use as proxies for climate science as a whole. "By appearing to knock over the keystone domino, audiences targeted by the communication may assume all other dominoes are toppled in a form of 'dismissal by association.'"

Such misinformation poses a particular problem, because "among users, trust for blogs has been reported to exceed that of other traditional news or information sources." To counteract the blogs' pernicious effects, the authors argue that scientists must now engage in the "trench warfare" of public debate: "We strongly believe that scientists have a professional and moral obligation not only to inform the public about the findings and implications of their research but also to counter misinformation." This fight, the authors caution, may require an adaptation of tactics: "Many scientists mistakenly believe that debates with deniers over the causes and consequences of climate change are purely science driven, when in reality the situation with deniers is probably more akin to a street fight."

To this end, the authors close with a call to action: "Scientists need to more effectively use internet-based social media to their full advantage in order to turn the tide in the battle for public opinion." By taking the fight to blogs, YouTube, and other social media, say the authors, scientists themselves may close the consensus gap, an effort they urgently encourage. They further argue that a failure to influence public attitudes may create acute problems for numerous ecosystems; in the absence of greenhouse-gas mitigation, "the prognosis for polar bears and other Arctic biota...is bleak."