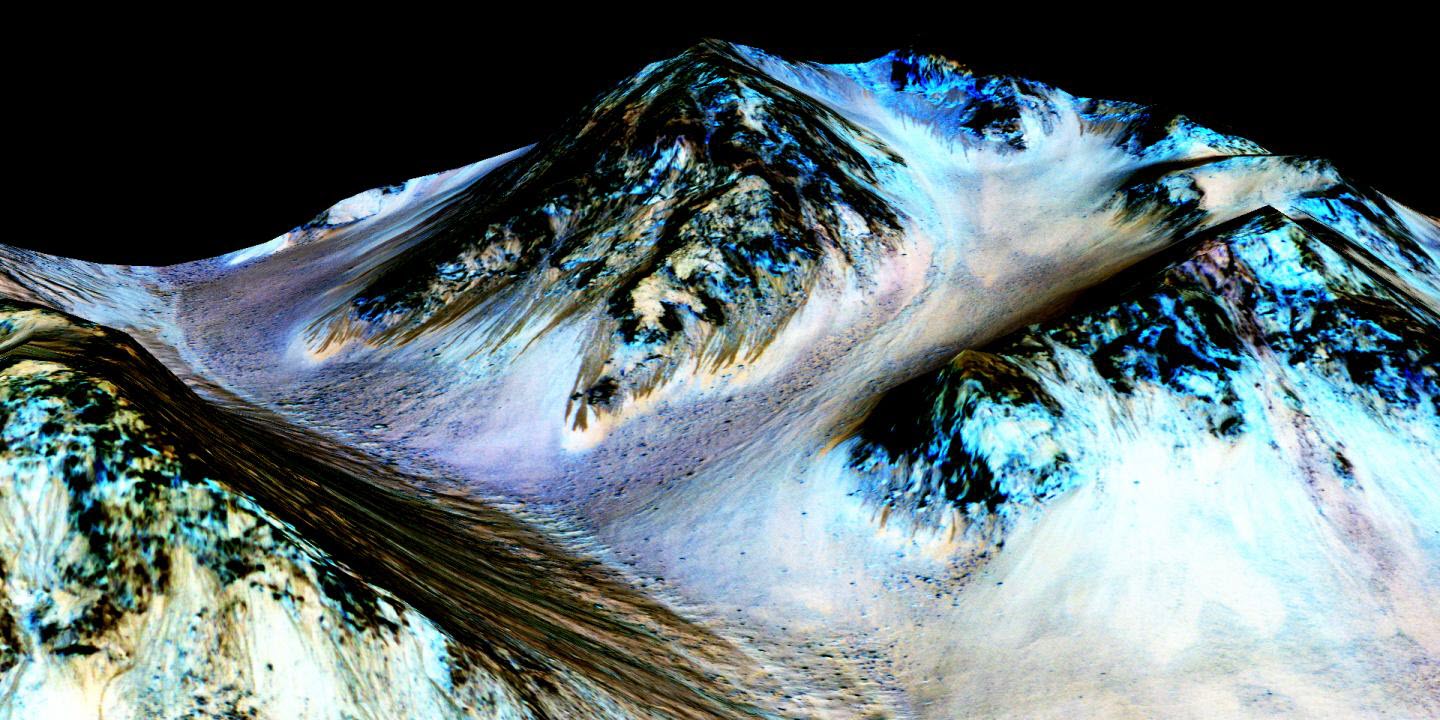 An SwRI scientist modeled the climate of Mars to understand if hydrated salts or brines on the surface of the Red Planet could harbor life. The results suggest that hydrated salts and brines on Mars are not supportive of life. For example, if the dark streaks shown here are formed by the flow of briny water, then that briny water would be too cold to support life.
NASA/JPL-Caltech/University of Arizona

SAN ANTONIO, TX — May 11, 2020 — A Southwest Research Institute (SwRI) scientist modeled the atmosphere of Mars to help determine that salty pockets of water present on the Red Planet are likely not habitable by life as we know it on Earth. A team that also included scientists from Universities Space Research Association (USRA) and the University of Arkansas helped allay planetary protection concerns about contaminating potential Martian ecosystems. These results were published this month in Nature Astronomy.

Due to Mars' low temperatures and extremely dry conditions, a droplet of liquid water on its surface would instantly freeze, boil, or evaporate, unless the droplet had dissolved salts in it. This brine would have a lower freezing temperature and would evaporate more slowly than pure liquid water. Salts are found across Mars, so brines could form there.

"Our team looked at specific regions on Mars—areas where liquid water temperature and accessibility limits could possibly allow known terrestrial organisms to replicate—to understand if they could be habitable," said SwRI's Dr. Alejandro Soto, a senior research scientist and co-author of the study. "We used Martian climate information from both atmospheric models and spacecraft measurements. We developed a model to predict where, when and for how long brines are stable on the surface and shallow subsurface of Mars." 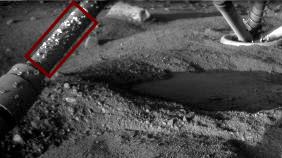 Because saltwater is liquid at lower temperatures than pure water, an SwRI scientist modeled the climate of Mars to understand if pockets of brine on its surface could harbor life. NASA has found evidence of brine on the Red Planet, including these droplets on the strut of the Phoenix lander, which may have formed in the warmed spacecraft environment.
NASA/JPL-Caltech/University of Arizona/Max Planck Institute

Mars' hyper-arid conditions require lower temperatures to reach high relative humidities and tolerable water activities, which are measures of how easily the water content may be utilized for hydration. The maximum brine temperature expected is -55 F—at the boundary of the theoretical low temperature limit for life.

While pure liquid water is unstable on the Martian surface, models showed that stable brines can form and persist from the equator to high latitudes on the surface of Mars for a few percent of the year for up to six consecutive hours, a broader range than previously thought. However, the temperatures are well below the lowest temperatures to support life.

"These new results reduce some of the risk of exploring the Red Planet while also contributing to future work on the potential for habitable conditions on Mars," Soto said.