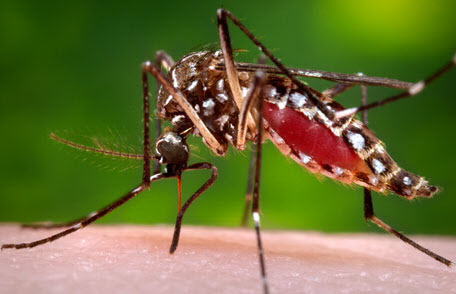 Aedes aegypti mosquitoPhoto courtesy of Southern ResearchBIRMINGHAM, Ala. – As reports of the Zika virus outbreak began to emerge from Brazil and portions of South and Central America, infectious disease researchers in the Drug Discovery labs of Southern Research were already taking steps to help combat its spread.

On Mar. 22, Southern Research announced the development of a unique antiviral assay–a test that can be used by researchers worldwide to detect the virus in infected cell cultures. The assay is immediately available to meet the requirements of international clients. In addition, teams of experienced scientists at Southern Research are working to develop in vivo models that can be used to evaluate vaccines and therapeutic approaches aimed at preventing the further spread of Zika virus disease.

“Southern Research is uniquely positioned to support the efforts of the global scientific community as we work collectively to better understand, and ultimately stop the spread of this disease,” said Dr. Jonathan Rayner, Director of Infectious Disease Research at Southern Research in Birmingham. “With such a wide variety of skills and backgrounds under our roof, this team is comprised of experts from a number of different fields, including drug discovery, mosquito-borne infectious disease research, and biomedical engineering. This assay represents a crucial step in the global search for a vaccine, and we’re proud to be able to contribute to the growing body of science in this impactful way.”

Zika is a mosquito-borne virus that is thought to cause birth defects such as microcephaly in newborn children, if transmitted to women during the early stages of pregnancy. Earlier this year, the World Health Organization declared the spread of Zika a Public Health Emergency of international concern, and has since coordinated a global response. Southern Research has been able to support these efforts by leveraging their assay development and drug discovery experience.

Drug development is deeply ingrained in the fabric of Southern Research. To date, research teams from the institute have discovered and developed seven cancer medications. Several of these drugs are currently being used by pediatric oncologists as an effective treatment in the fight against childhood cancer.