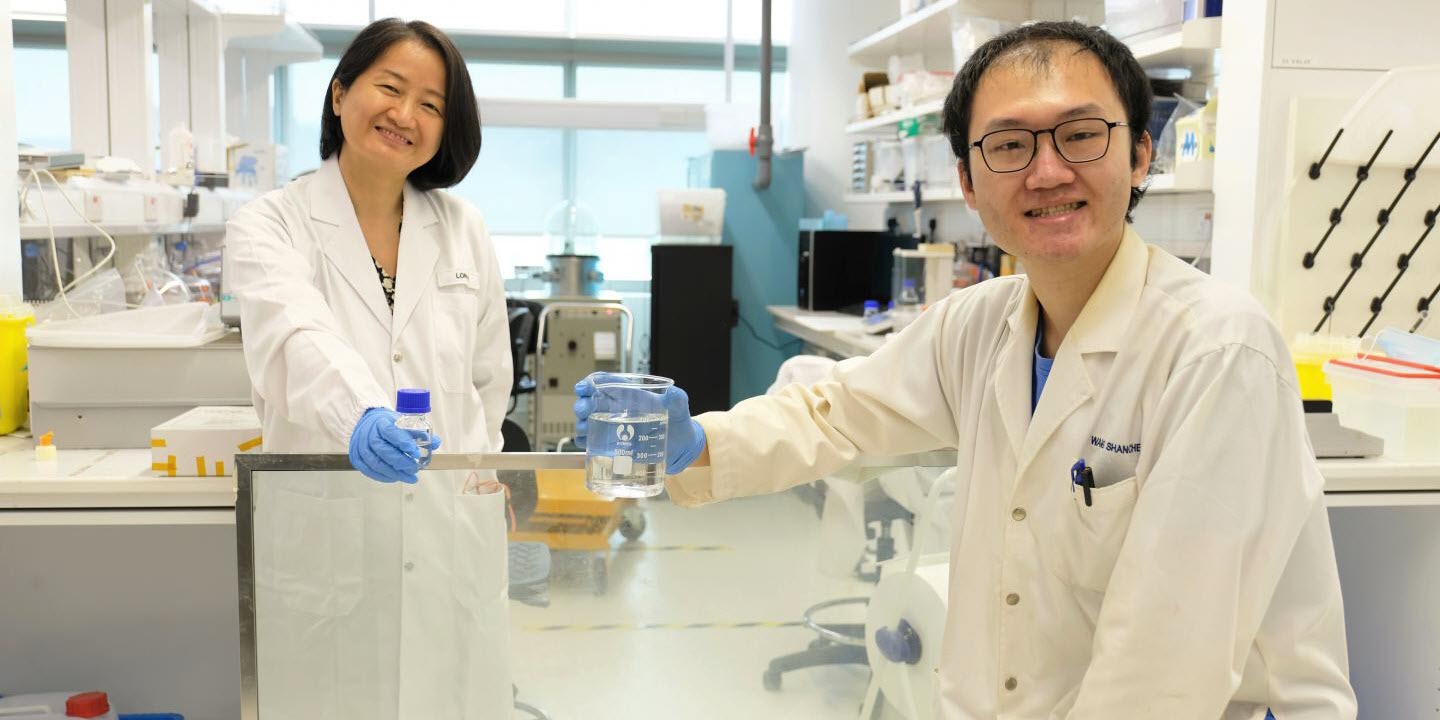 Scientists at the Nanyang Technological University, Singapore (NTU Singapore) have developed a liquid window panel that can simultaneously block the sun to regulate solar transmission, while trapping thermal heat that can be released through the day and night, helping to reduce energy consumption in buildings.

The NTU researchers developed their 'smart window' by placing hydrogel-based liquid within glass panels and found that it can reduce up to 45 percent of heating, ventilation, and air-conditioning energy consumption in buildings in simulations, compared to traditional glass windows. It is also around 30 percent more energy efficient than commercially available low-emissivity (energy-efficient) glass, while being cheaper to make.

The 'smart window' is the first reported instance in a scientific journal of energy-saving smart windows made using liquid, and supports the NTU Smart Campus vision which aims to develop technologically advanced solutions for a sustainable future.

Windows are a key component in a building's design, but they are also the least energy-efficient part. Due to the ease with which heat can transfer through glass, windows have a significant impact on heating and cooling costs of a building. According to a 2009 report by the United Nations, buildings account for 40 percent of global energy usage, and windows are responsible for half of that energy consumption.

Conventional energy-saving low-emissivity windows are made with expensive coatings that cut down infrared light passing into or out of a building, thus helping to reduce demand for heating and cooling. However, they do not regulate visible light, which is a major component of sunlight that causes buildings to heat up.

To develop a window to overcome these limitations, the NTU researchers turned to water, which absorbs a high amount of heat before it begins to get hot—a phenomenon known as high specific heat capacity.

They created a mixture of micro-hydrogel, water, and a stabilizer, and found through experiments and simulations that it can effectively reduce energy consumption in a variety of climates, due to its ability to respond to a change in temperature. Thanks to the hydrogel, the liquid mixture turns opaque when exposed to heat, thus blocking sunlight, and, when cool, returns to its original 'clear' state. 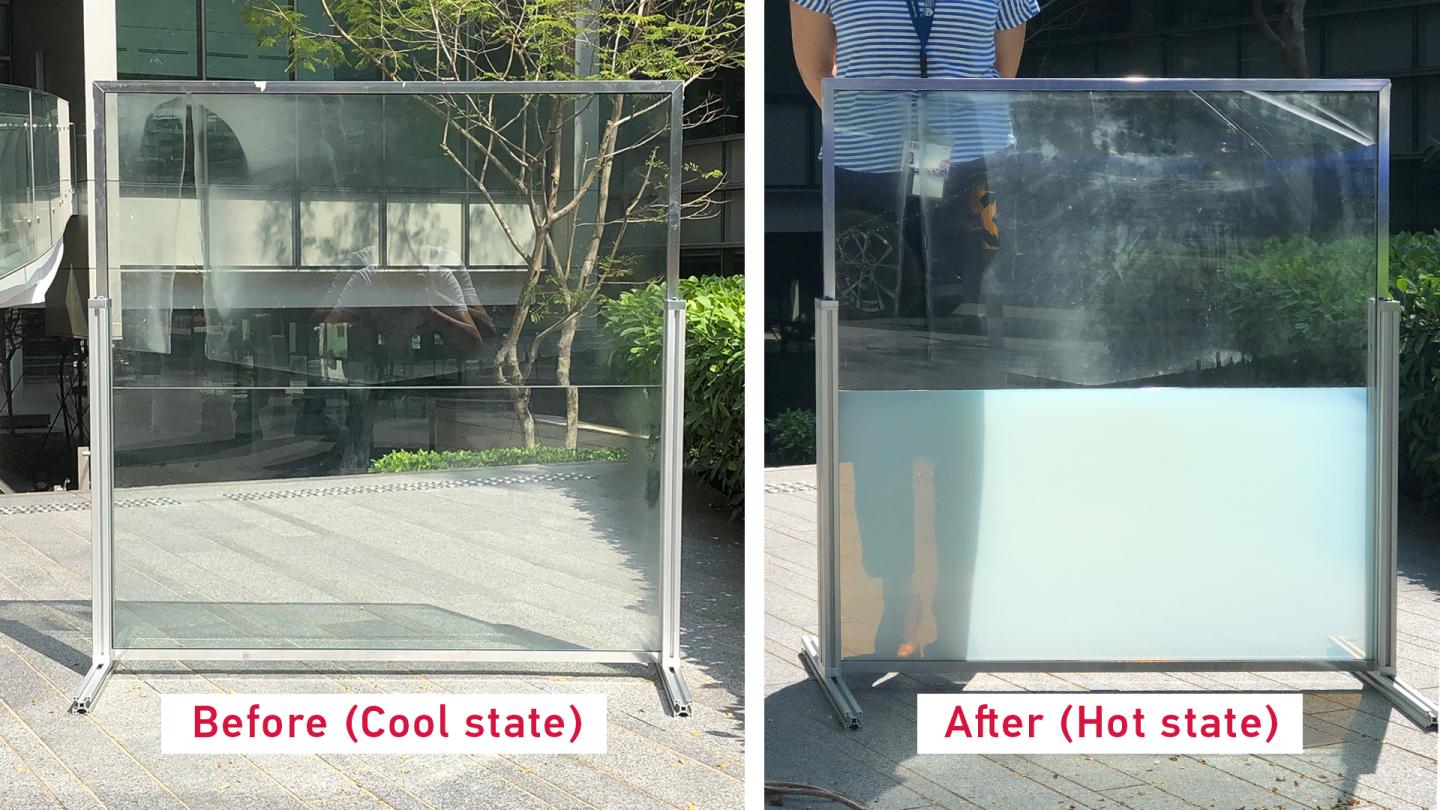 The smart window turns opaque when exposed to heat, thus blocking sunlight, and, when cool, returns to its original 'clear' state.
NTU Singapore

At the same time, the high heat capacity of water allows a large amount of thermal energy to be stored instead of getting transferred through the glass and into the building during the hot daytime. The heat will then be gradually cooled and released at night.

Dr. Long Yi, lead author of the research study published in the journal Joule, and senior lecturer at the School of Materials Science & Engineering said, "Our innovation combines the unique properties of both types of materials—hydrogel and water. By using a hydrogel-based liquid we simplify the fabrication process to pouring the mixture between two glass panels. This gives the window a unique advantage of high uniformity, which means the window can be created in any shape and size."

As a result of these features, the NTU research team believes that their innovation is best suited for use in office buildings, where operating hours are mostly in the day.

As a proof of concept, the scientists conducted outdoor tests in hot (Singapore, Guangzhou) and cold (Beijing) environments.

The Singapore test revealed that the smart liquid window had a lower temperature (50°C) during the hottest time of the day (noon) compared to a normal glass window (84°C). The Beijing tests showed that the room using the smart liquid window consumed 11 per cent less energy to maintain the same temperature compared to the room with a normal glass window.

The scientists also measured when the highest value of stored thermal energy of the day occurred.

This 'temperature peak' in the normal glass window was 12 p.m., and in the smart liquid window was shifted to 2 p.m. If this temperature peak shift is translated to a shift in the time that a building needs to draw on electrical power to cool or warm the building, it should result in lower energy tariff charges for users. 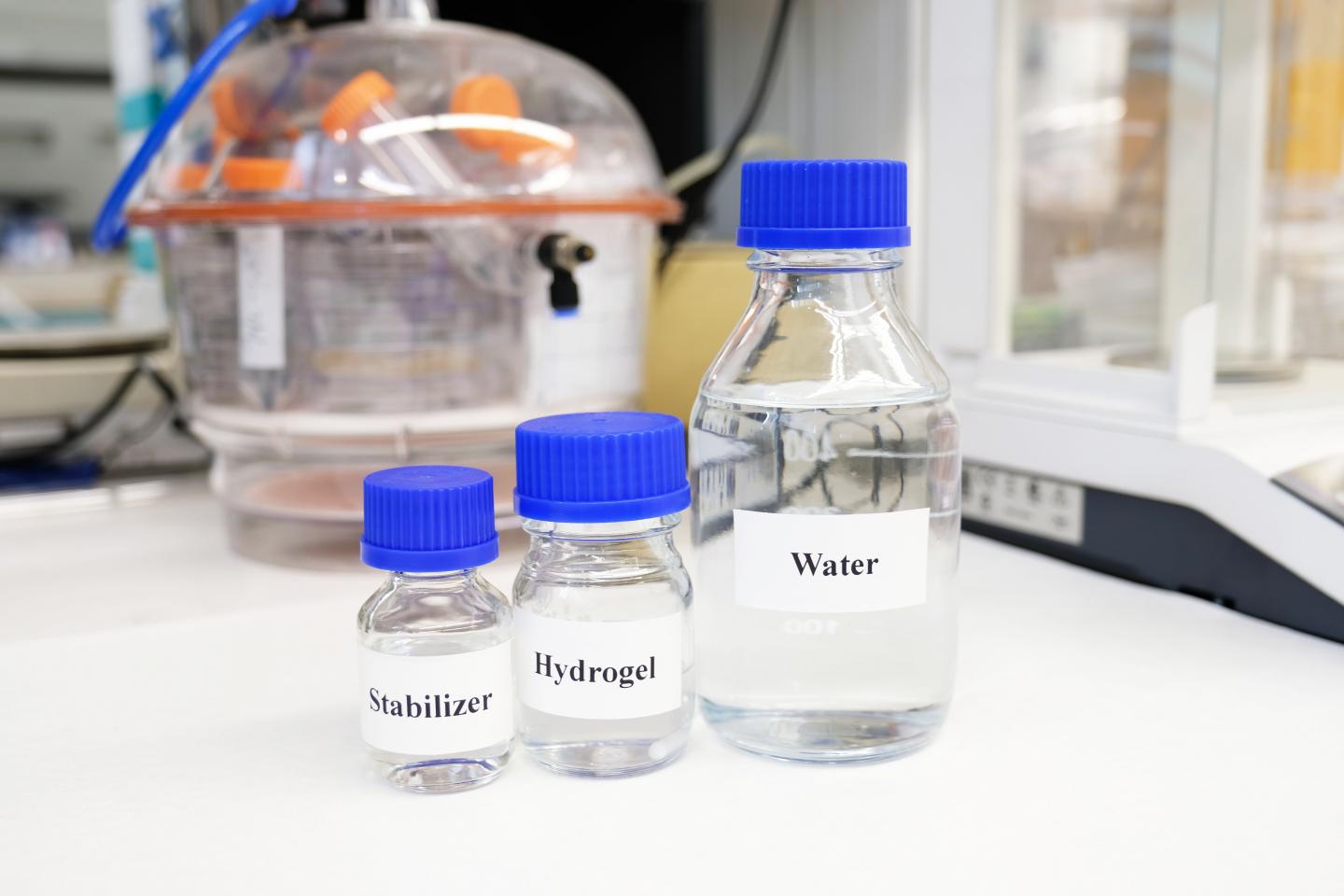 The liquid mixture used to create the smart window is made from micro-hydrogel, water and a stabilizer.
NTU Singapore

Simulations using an actual building model and weather data of four cities (Shanghai, Las Vegas, Riyadh, and Singapore) showed that the smart liquid window had the best energy-saving performance in all four cities when compared to regular glass windows and low emissivity windows.

First author of the study Wang Shancheng, who is project officer at the School of Materials Science & Engineering, said, "Sound-blocking double glazed windows are made with two pieces of glass which are separated by an air gap. Our window is designed similarly, but in place of air, we fill the gap with the hydrogel-based liquid, which increases the sound insulation between the glass panels, thereby offering additional benefit not commonly found in current energy-saving windows."

The other first author, Dr. Zhou Yang was a PhD student in NTU and is currently an associate professor at China University of Petroleum-Beijing (CUPB).

Providing an independent view, professor Ronggui Yang, of the Huazhong University of Science and Technology, China, a recipient of the 2020 Nukiyama Memorial Award in Thermal Science and Engineering and an expert in thermal and energy systems said, "This is the first instance of a hydrogel-based liquid smart window, and it takes us far from a conventional glass design. The disruptive innovation leads to solar regulation and heat storage, which together render outstanding energy-saving performance."

The research team is now looking to collaborate with industry partners to commercialize the smart window.

- This press release was originally published on the NTU Singapore website