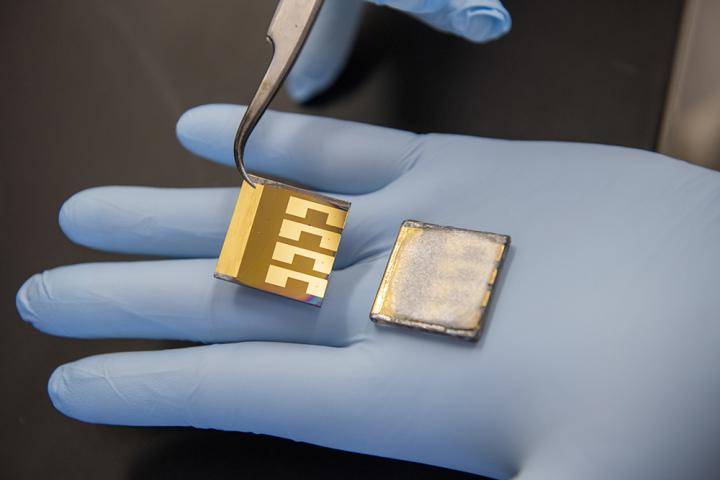 DEKALB, IL — Researchers at Northern Illinois University and the US Department of Energy's (DOE) National Renewable Energy Laboratory (NREL) in Golden, Colorado, reported Feb. 19 in the journal Nature on a potential breakthrough in the development of hybrid perovskite solar cells.

Considered rising stars in the field of solar energy, perovskite solar cells convert light into electricity. They're potentially cheaper and simpler to produce than traditional silicon-based solar cells and, on a small scale in laboratory settings at least, have demonstrated comparable efficiency levels. But key challenges remain before they can become a competitive commercial technology.

One major challenge is the use of lead. Most top-performing hybrid perovskite solar cells contain water-dissolvable lead, raising concerns over potential leakage from damaged cells.

Led by Tao Xu of NIU and Kai Zhu of NREL, a team of scientists have developed a technique to sequester the lead used to make perovskite solar cells and minimize potential toxic leakage by applying lead-absorbing films to the front and back of the solar cell.

"The lead toxicity issue has been one of the most vexing, last-mile challenges in the perovskite solar cell field," said Xu, an NIU professor of chemistry. "We think we have a highly promising remedy to this problem—and it could be a game changer.

In the event of a damaged cell, our device captures the great majority of the lead, preventing it from leaching into groundwater and soils. The films that we use are insoluble in water."

Under conditions of severe solar cell damage in a lab setting, the lead-absorbing films sequestered 96 percent of lead leakage, the scientists said. Their experiments further indicate the lead-absorbing layers do not negatively impact cell performance or long-term operation stability. 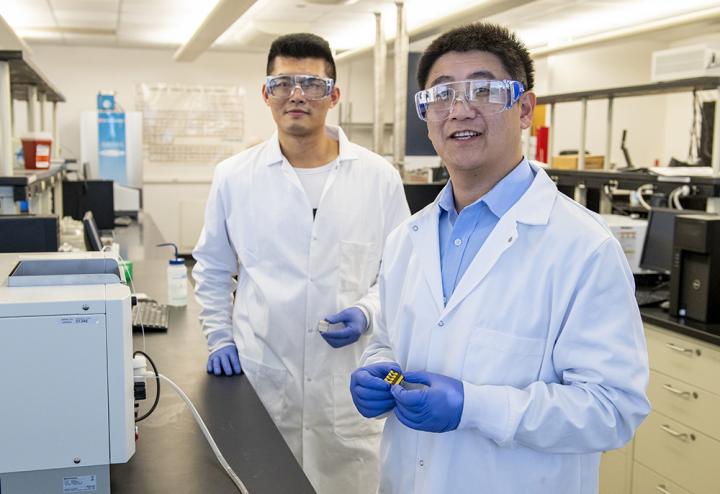 Perovskite solar cells are so named because they use a class of crystal structures similar to that found in the mineral known as perovskite. The perovskite-structured compound within these solar cells is most commonly a hybrid organic-inorganic lead halide-based material.

Scientists began to study these crystal structures for use in solar cells only about a decade ago and have rapidly increased their solar energy conversion efficiency. Whereas traditional silicon solar cells are produced with precise processes using high temperatures, perovskites can be made using room-temperature chemical solutions.

A transparent lead-absorbing film is applied to a conducting glass on the front of the solar cell. The sequestration film contains strong lead-binding phosphonic acid groups but does not hinder cell capture of light. A less expensive polymer film blended with lead-chelating agents is used on the back metal electrode, which has no need for transparency.

"The materials are off-the-shelf, but they were never used for this purpose," Xu said. "Light must enter the cell to be absorbed by the perovskite layer, and the front-side film actually acts as an anti-reflection agent, improving transparency just a bit."

Tests for lead leakage included hammering and shattering the front-side glass of 2.5-x-2.5 cm cells, and scratching the backside of the solar cells with a razor blade, before submerging them into water. The films can absorb the vast majority of the lead in severely damaged cells due to water ingress.

"It is worth noting that the demonstrated lead-sequestration approach is also applicable to other perovskite-based technologies such as solid-state lighting, display and sensor applications," said Zhu, a senior scientist at NREL.