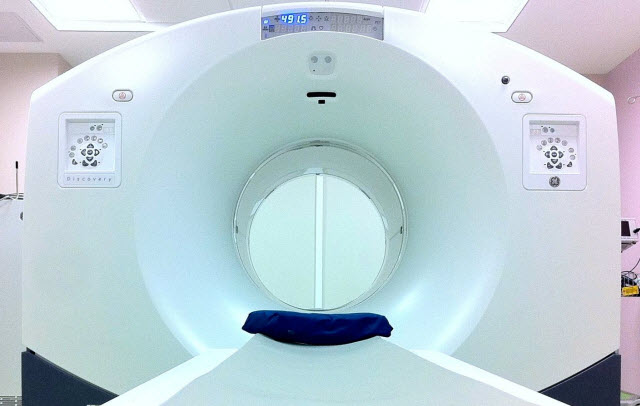 Researchers have found a surprisingly versatile workaround to create chemical compounds that could prove useful for medical imaging and drug development.

While studying chemical reactions of a gold-containing molecule, the research team happened upon a chemical mechanism that can be used to form trifluoromethyl (CF3) compounds and attach them to other chemical compounds.

Their discovery could aid in the synthesis of new “radiotracers”—chemical compounds that contain a radioactive form, or isotope, of an element—for use with a noninvasive, high-resolution 3-D medical imaging technology known as PET (positron emission tomography) scanning. 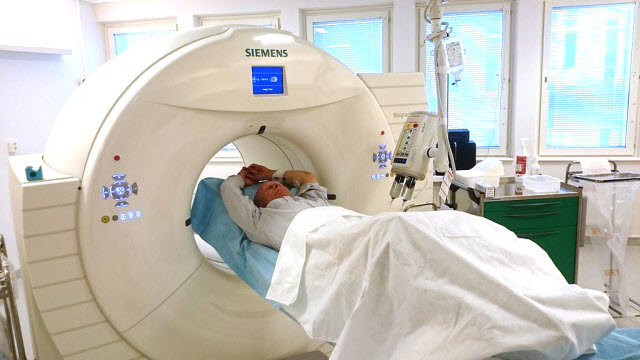 Drug companies have shown an increasing interest in incorporating CF3 compounds—which contain carbon and fluorine—in a range of pharmaceuticals. These compounds can make drugs more selective, effective, or potent. The antidepressant Prozac, HIV drug Sustiva, and anti-inflammatory Celebrex are among the examples of drugs containing CF3 compounds.

So in testing the biological uptake of drugs that incorporate CF3 compounds, it’s useful to incorporate fluorine-18 (18F), a radioactive isotope of fluorine, in the CF3 compound as a sort of label or “tracer” that can be detected by PET scanners.

“This research allows us to make new classes of radioactive tracers that had been too difficult, or even impossible, to prepare previously,” said Mark D. Levin, who served as the lead author in the study, published in Science. He participated in the study as a UC Berkeley graduate student working as an affiliate researcher at the Biomedical Isotope Facility at Berkeley Lab.

“These CF3 groups have long been known as medicinal chemistry boons, but they were traditionally very difficult to install,” he added. “We’ve developed a chemical technique, based on a new discovery in gold chemistry, that lets us attach a radioactive fluorine atom to a specific class of molecule that was previously challenging to do,” Levin said. 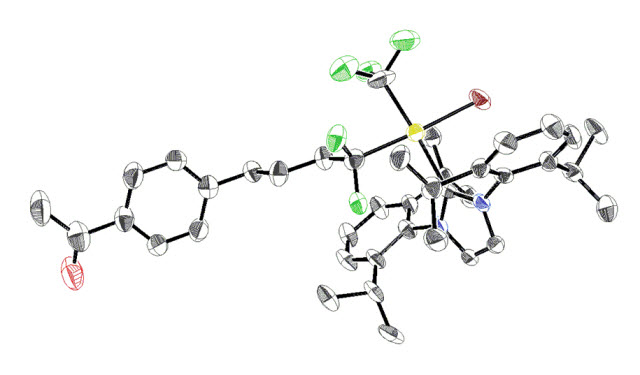 There are about 2,500 PET scanners in hospitals across the U.S. that collectively perform about 2 million scans per year. PET scans are commonly used to detect, map, and monitor internal cancers. They also can produce detailed images of the brain and other organs, help drug developers trace the biological pathways, concentration, and better understand the dispersal of new drugs in animal studies, among other uses.

The research team tapped the mechanism to incorporate fluorine-18 in CF3 compounds they created. Fluorine-18 is a popular tracer for revealing cancers and other biological targets in PET scans. Other researchers in Berkeley Lab’s Chemical Sciences Division and Biomedical Isotope Facility, and in UC Berkeley’s Department of Chemistry also participated in the study.

Flourine-18 has a half-life of about 110 minutes, which means its radioactive output is halved every 110 minutes, and the chemical processes incorporating it as a label must be designed to rapidly attach it to compounds of interest.

In work at the UC Berkeley campus, Levin and other researchers had been pursuing a chemical process to produce a fluorine-containing compound called hexafluoroethane, used to etch silicon for computer chips, associated with a gold-containing molecule. In this effort, they enlisted a boron-containing compound.

Unexpectedly, they found a mechanism by which the boron compound acts on a CF3 compound to produce a CF2 fragment associated with the gold catalyst. This fragment, they observed, can then bond with other chemical compounds and in a next step form a new CF3-containing compound.

They describe in the Science article how they manipulated this mechanism to derive drug compounds including leflunomide, a drug that is used to reduce swelling and inflammation in the treatment of rheumatoid arthritis, for example, and also a painkiller known as BAY 59-3074. 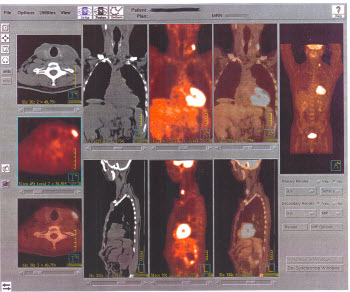 These computerized images, produced by a PET scanner, show internal views of the human body.Image Credit: Wikimedia Commons“When we got the first inkling that our new mechanism might be useful for developing radioactive tracers, we started looking at Berkeley Lab and its Biomedical Isotope Facility, which was really central to this work,” Levin said.

Jim O’Neil, a Berkeley Lab staff scientist who is group leader for the Lab’s Biomedical Isotope Facility, worked with Levin and other members of the research team to give them more insight about the chemical mechanism involving CF3 compounds.

“They saw an application of their work for radioactive drugs,” O’Neil said.

“The pharmaceutical field and the diagnostic medicine field has been very limited in getting compounds that have been labeled with radioactive CF3 and yet there are a lot of drugs that have these CF3 groups in them. We produced the (fluorine-18) isotope for them and provided the facilities and training for the collaboration,” he added.

Levin said that the research team learned how to incorporate the fluorine-18 marker atoms into the chemical mechanism they used to create new compounds.

A call-out for drug candidates

“We think these gold compounds will be a powerful platform to prepare new tracers, and we’re working to improve the system and to identify promising, clinically-relevant drug targets,” he said.

“Ideally, we’d partner with a group that has a specific biological target or drug candidate of interest that contains a CF3,” and work to adapt the gold complex his team used in the latest study to the specific application, he added. Then, the team could work to develop radioactive tracer incorporating that compound.

“Also, the new mechanism may shed light on broader problems” in chemistry, he said, by providing a deeper understanding fundamental reaction processes for gold and other catalysts.