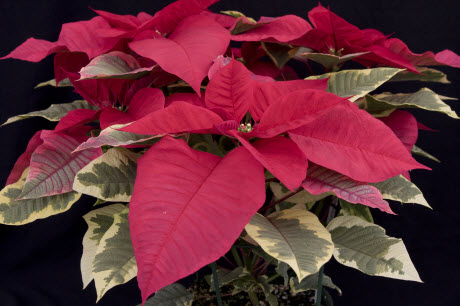 This finding could help reduce fungicide use to control the phytophthora that can menace Florida’s $15 billion-a-year ornamental industry, said G. Shad Ali, a UF/IFAS assistant professor of plant pathology.

Phytophthora are plant pathogens, one of which is known infamously for causing the Irish potato famine of the 1840s. Several phytophthora species infect thousands of different plant species, so they infect almost all ornamentals, ranging from landscape trees to small indoor flowers. Some phytophthora strains are resistant to fungicides.

Related article: Fungi at Root of Plant Drugs that Can Help, or Harm, Sick Monarch Butterflies

“We found that some phytophthora strains were resistant to a specific kind of fungicide. Luckily, they were controlled by at least another kind of fungicide,” said Ali, a faculty member at the UF/IFAS Mid-Florida Research and Education Center in Apopka, Florida. “This information is hugely important in letting growers and pesticide applicators know not to use the same kind of fungicides always, but to rotate different kinds of fungicides.

“Fewer fungicides are good for everybody, including nurseries, who would reduce the cost of production and are good for the consumers who would pay less for ornamentals and would additionally benefit from pesticide-free environment,” Ali said.

For their latest study, UF/IFAS scientists, led by Ali, wanted to answer two questions: How diverse are the genes of phytophthora that harm ornamental plants in Florida? How many fungicide-resistant types of phytophthora are there?

They found tremendous genetic diversity among these fungi. Wider genetic diversity could contribute to aggressiveness of phytophthora, provided they crossbreed and exchange their disease-causing genes, Ali said. Scientists also say their findings suggest the need to find more phytophthora-resistant genes and beneficial microbes, which may be the best and natural way to control phytophthora.

Florida’s ornamental industry produces plants that are traded throughout the United States, Canada and Europe. Researchers are trying to find ways to produce phytophthora-free plants and to prevent the spread of phytophthora.

The study is published online in the journal Plant Disease.