In the new study, published in Proceedings of the National Academy of Sciences of the United States of America (PNAS), the scientists analyzed the climate model simulations on which the recent 5th Intergovernmental Panel on Climate Change (IPCC) reports are based.

They found evidence of 41 cases of regional abrupt changes in the ocean, sea ice, snow cover, permafrost and terrestrial biosphere. Many of these events occur for global warming levels of less than two degrees, a threshold sometimes presented as a safe limit. However, although most models predict one or more abrupt regional shifts, any specific occurrence typically appears in only a few models. 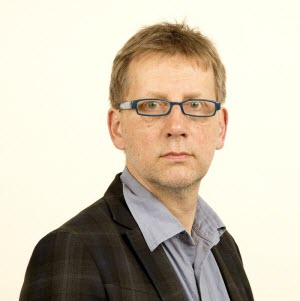 Professor Sybren DrijfhoutPhoto courtesy of the University of Southampton“This illustrates the high uncertainty in predicting tipping points,” says lead author Professor Sybren Drijfhout from Ocean and Earth Science at the University of Southampton. “More precisely, our results show that the different state-of-the-art models agree that abrupt changes are likely, but that predicting when and where they will occur remains very difficult. Also, our results show that no safe limit exists and that many abrupt shifts already occur for global warming levels much lower than two degrees,” he adds.

Examples of detected climate tipping include abrupt shifts in sea ice and ocean circulation patterns, as well as abrupt shifts in vegetation and marine productivity. Sea ice abrupt changes were particularly common in the climate simulations. However, various models also predict abrupt changes in Earth system elements such as the Amazon forest, tundra permafrost and snow on the Tibetan plateau.

“Interestingly, abrupt events could come out as a cascade of different phenomena,” adds Victor Brovkin, a co-author from Max Planck Institute for Meteorology (MPI-M). “For example, a collapse of permafrost in Arctic is followed by a rapid increase in forest area there. This kind of domino effect should have implications not only for natural systems, but also for society.”

“The majority of the detected abrupt shifts are distant from the major population centres of the planet, but their occurrence could have implications over large distances.” says Martin Claussen, director of the MPI-M and one of the co-authors. “Our work is only a starting point. Now we need to look deeper into mechanisms of tipping points and design an approach to diagnose them during the next round of climate model simulations for IPCC.”