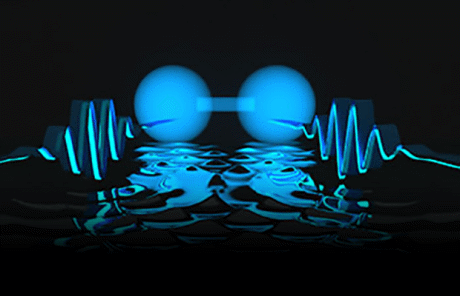 Photons are locked together in a “molecule” in an artist’s conception.Image credit: E.Edwards/JQIWith the latest entry in the nearly 40-year-old “Star Wars” saga hitting cinemas today (Dec. 18), a new generation of youngsters will grapple with a vexing, still-unsolved mystery.

How the heck does a lightsaber work?

Switched off, the weapon looks like a giant laser pointer. Turn it on, however, and a deadly beam shoots out about three feet instead of hitting the ceiling like a normal laser would. When this truncated beam strikes another lightsaber beam, they clash together and bounce off each other as if, instead of light, the sabers were constructed of solid matter.

That’s how it works in the movies, anyway. Now, University of Maryland researchers are presenting findings that bring fantasy a step closer to a day when it may be possible to have an epic sword fight using solid objects constructed out of light. 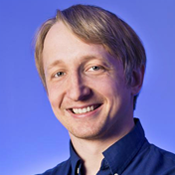 Alexey GorshkovPhoto courtesy of the University of MarylandIn a September paper in Physical Review Letters, lead researcher Alexey Gorshkov (right), an adjunct assistant physics professor who’s also a research scientist at the National Institute of Standards and Technology (NIST), along with collaborators presents a technique for creating a “molecule” out of two photons, or light particles, bound together at a specific distance. Make a large enough photon structure, and voila, a lightsaber.

But—reality check time—not quite like in “Star Wars,” although Gorshkov, with appointments in the Joint Quantum Institute (JQI) and the Joint Center for Quantum Information and Computer Science (QuICS), admits it would be extremely cool, scientifically, to figure out how to do so.

The theoretical physicist and his team are working to understand the quantum interactions of photons, not to actually build a space weapon to sever hands and cut through solid metal.

“We’re not really building a lightsaber,” he says. “None of this research is related to slashing or slicing objects that are not light. The whole point here is creating sabers that can’t go through each other.”

Because of the complex rules governing quantum physics, if Gorshkov and postdoctoral researchers Michael Gullans and Mohammed Maghrebi devise a way to bind enough light together to make something like a glowing sword, it could only “hit” another sword constructed the same way. The effect of the beam touching anything else would be the same as contact with a weak laser—essentially harmless.

In short, no one will ever get “Dooku’d” with a weapon based on these findings. It won’t stop shots from a blaster, either. Sorry.

Their work could, however, facilitate development of computers exponentially faster than those of the present, and make global communications cheaper.

“What we’re really trying to learn is how photons interact with each other,” Gorshkov says. “Once we’ve learned how to make them interact, then we can build a quantum computer out of them.”

The findings could also improve fiber-optic telecommunications, says Gullans. Currently, information is transmitted by photons, but must be converted to electrical energy for processing. But with photons able to strongly and predictably interact, electricity may no longer be necessary.

“You could say we’re reducing the amount of power needed for the system—so we’re making optical systems more efficient,” he says.

Gorshkov’s findings stem from previous research he participated in that showed for the first time that photons could interact, superimposed in the same location. But the study didn’t address how to structure the photons into objects.

To date, Gorshkov’s work at UMD on photon molecules has been theoretical, but he’s collaborating with JQI Co-director Steve Rolston and JQI/NIST physicist Trey Porto to try to create molecules in the laboratory. Joining two photons will be a challenge, and expanding further becomes monumentally complex.

“Honestly, we don’t have a well-defined path for how to build a complicated structure,” Gorshkov says. “We are thinking now about three-photon molecules, but we’re still very confused about how to do that.”

Practical benefits from his research will be welcome, but Gorshkov says he’s mainly animated by zeal to understand how things physically fit together in the mysterious quantum world, where the fates of distant objects can be “entangled” through little-understood forces and a thing can exist in two opposite states at the same instant.

So perhaps in this freaky quantum sense, while Gorshkov’s definitely not making a lightsaber, he absolutely is.

“I’m fascinated by all interesting states you can make,” he says. “It’s funny, because lightsabers fall into that category. It sure is an interesting state if you can figure out how to make it.” 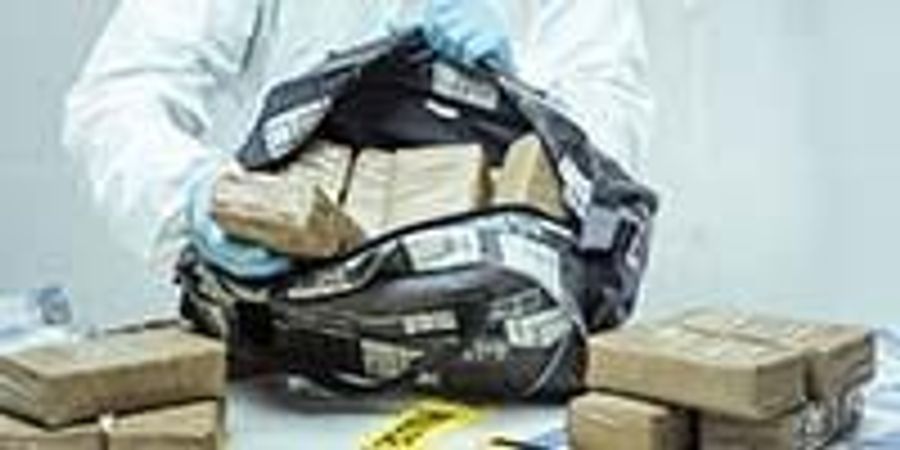 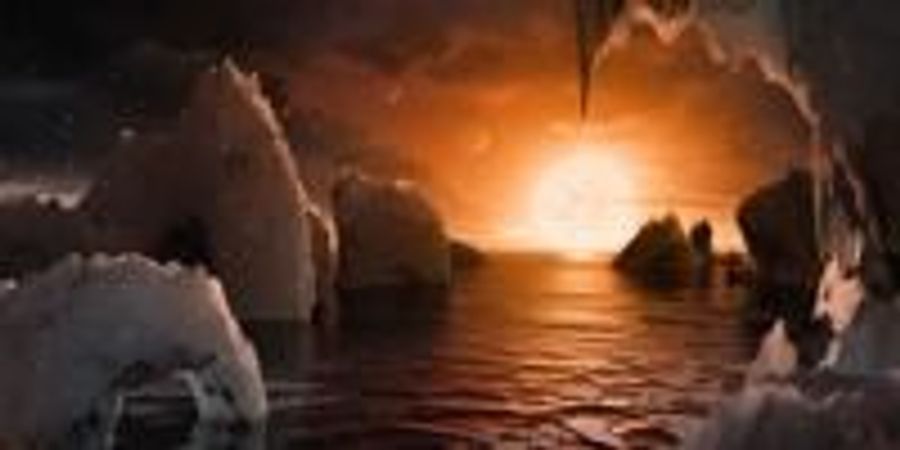