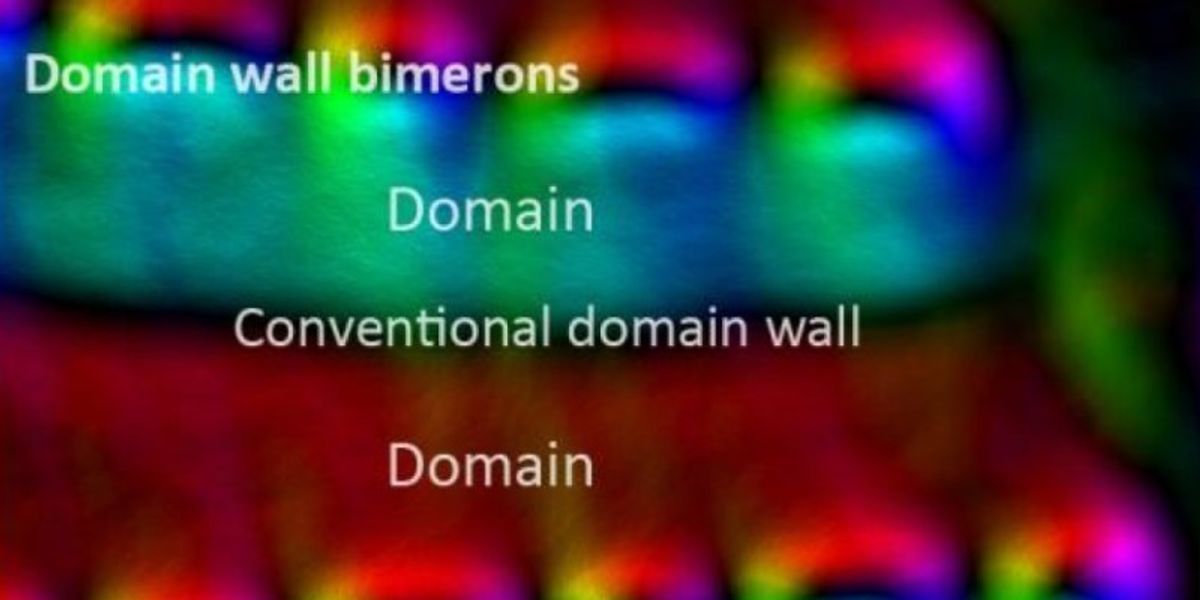 "Topological defects" are formed when the symmetry of a magnetic material is disrupted. Domain walls (DWs) are a type of topological defect that separates regions of different magnetic orientations. A widely studied phenomenon, the manipulation of these defects has potential applications in high performance memory storage devices, energy processing devices, and quantum computing.

Recently, the possibility of other topological defects embedded in or combined with DWs has gained attention for their potential applications in different fields of physics. Some examples of these "defects within defects" are called DW skyrmions and DW bimerons. While theoretical models have supported the existence of these defects, they have not been experimentally observed—until now.

In a new study published in Nature Communications, associate professor Masahiro Nagao from Nagoya University, Japan, and his colleagues used Lorentz transmission electron microscopy (LTEM) to visualize these defects. They were able to do so by passing electrons and observing their deflections through a thin magnetic film. The topological defects were observed as contrasting pairs of bright and dark areas. Using this technique, the team imaged topological defects in a chiral magnetic thin film made of cobalt, zinc, and manganese.

Initially, the researchers observed a single DW defect when the film was not magnetized. On magnetizing the film by passing a magnetic field perpendicular to the film, they could observe the development of two types of DWs. The conventional DWs were seen as black lines, while chains of DW bimerons were seen as bright elliptical dots on the LTEM images. These two types of DWs appeared alternatively and in pairs. The researchers noted that these DWs increased as the strength of the magnetic field was increased and finally disappeared after a certain threshold was reached. To confirm their discovery, the researchers used the transport of intensity equation to obtain the magnetic distributions, which revealed opposite magnetizations on both sides of the chain of DWs, confirming them to be DW bimerons.

The researchers could finally propose an explanation of these defects and their mechanism of formation. As Nagao explains: "In our chiral magnet thin films, we show chained and isolated bimerons playing the role of and bound to DWs respectively, which are realized by not only in-plane magnetic anisotropy component but also the combination of Dzyaloshinskii-Moriya interaction, out-of-plane magnetic anisotropy, dipolar interaction, and Zeeman effect."

The team's findings shed light on topological defects in chiral magnets and have implications in fields of physics related to topology, ranging from cosmological length scales to condensed matter.

- This press release was originally published on the Nagoya University website