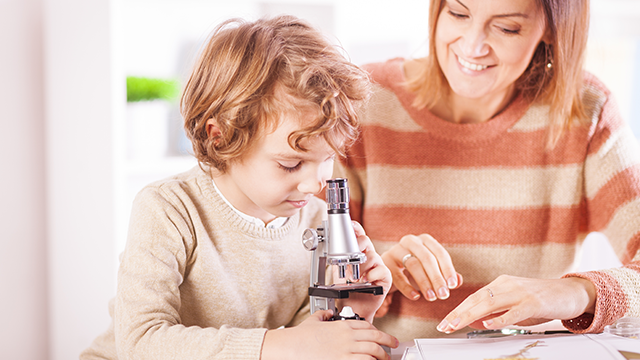 Female academics with young children find it more difficult to access research funding and generate attention for their results than their male counterparts.

That is the central finding of research by Cornelia Lawson, Aldo Geuna, and Ugo Finardi, presented at the Royal Economic Society's annual conference at the University of Sussex in Brighton in March 2018.

Analyzing the careers of 262 male and female scientists at the University of Turin over a ten-year period, their study shows that women receive less funding than their male peers and citation rates, where research is quoted in other academic work, drop for women with young children.

The study examines teaching and family commitments alongside public funding and the impact of research achieved through the quality of journal publications and volume of citations.

Researchers from the Universities of Bath, Turin, and the National Research Council of Italy find that public funding of research is controlled by elite networks, such as professional scientific bodies, with those in leading management roles receiving twice the funding of other academics, potentially driven by favoritism or unconscious bias in the selection process.

Dr. Cornelia Lawson, from the University of Bath's School of Management, says:

"Our research shows that female scientists with young children are not matching the citation levels of their male counterparts.

"Conversely, fatherhood is correlated with higher citation rates for male scientists in the study, driven perhaps by the desire to provide for their new offspring, or reflecting a strategic decision to have a family when they feel their career is safely established."

The researchers believe that their research has applications across a range of academic disciplines and to countries including the UK, China, and the United States, where the allocation of research funding is also linked to membership of elite networks.

Professor Aldo Geuna, from the University of Turin, says: "The strong influence of management positions in professional societies on research funding is concerning. Other networks should be given the same opportunity for funding and greater scrutiny of selection processes and diversity on selection processes is crucial."

"The productivity puzzle is an important question for universities that are striving to further scientific and technical knowledge. We hope that universities will do more to address the obstacles faced by female academics with young children."

The researchers point to training initiated by the European Research Council and the Research Councils UK (RCUK) to address unconscious bias in funding allocation, and the Athena SWAN charter to advance gender equality in academia, as positive measures that they hope will help to overcome the hurdles identified in their research.