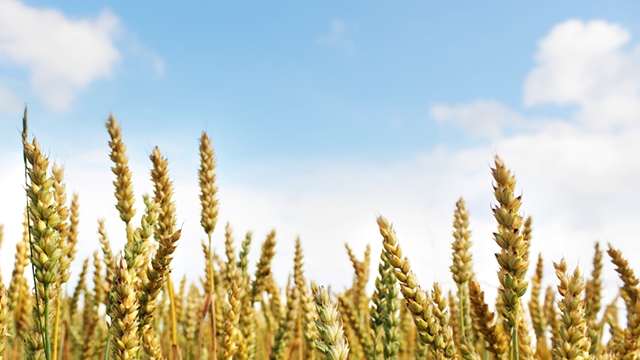 In a race to prevent and control rust disease epidemics, scientists have positioned themselves to better understand how rust fungi infect crops and evolve virulence. After using the latest genome sequencing technologies to understand how rust fungi adapt to overcome resistance in crop varieties, scientists from the University of Minnesota, the USDA-ARS Cereal Disease Laboratory, the Australian National University, Commonwealth Scientific and Industrial Research Organisation (CSIRO), and the University of Sydney are releasing results with two publications in mBio, a journal by the American Society of Microbiology.

Damage inflicted by rust fungi is a significant constraint in food production across the globe. Cereals and many other important crops such as coffee, sugarcane, and soybean are impacted by these devastating pathogens. Traditional approaches using fungicides can be expensive and present environmental and health costs. Genetic resistance in crop development is often the best disease management strategy to prevent rust outbreaks. However, genetic resistance in crop varieties is frequently defeated by the emergence of new rust strains, turning what used to be a disease resistant plant variety to one that is completely vulnerable. The joint US and Australian research team has now generated the first haplotype-resolved genome sequences for the rust fungi causing oat crown rust and wheat stripe rust diseases, two of the most destructive pathogens in oat and wheat, respectively.

"Like humans, rust fungi contain two copies of each chromosome, which makes their genetics much more complicated than other types of fungi," said assistant professor Melania Figueroa from the University of Minnesota. Figueroa co-led the sequencing effort for the oat crown rust fungus P. coronata f. sp. avenae along with Shahryar Kianian, research leader at the USDA-ARS Cereal Disease Laboratory and adjunct professor at the University of Minnesota. "A key advance of this work is that for the first time, separate genome assemblies were generated reflecting both of the two chromosome copies in the rust."

In parallel, postdoctoral fellow Benjamin Schwessinger and professor John Rathjen at the Australian National University applied similar approaches to develop an improved genome assembly of the stripe rust fungus, P. striiformis f. sp. tritici. By working together the two teams were able to combine their techniques and knowledge to achieve these breakthroughs much more rapidly than by working alone.

These studies represent a breakthrough in plant pathology as they now show how genetic diversity between the two chromosome copies can influence the emergence of new virulent pathogen strains.

Both studies uncovered a surprisingly high level of diversity between the two copies, suggesting that such variation likely serves as the basis to rapidly evolve new rust strains. "Reports from growers facing yield losses due to oat crown rust occur during most cropping seasons and the genome assemblies of this pathogen will help us understand the evolution of this pathogen and means to develop more resistant crops," said Kianian, who coordinates annual rust surveys in the US in order to monitor the pathogen population in oat growing areas. The oat crown rust genomics study compared two strains from North Carolina and South Dakota with different virulent profiles which were obtained in 2012 as part of the routine USDA-ARS Rust Surveys.

The first author of this publication, Marisa Miller, is the awardee of a prestigious USDA-NIFA Postdoctoral Fellow and recently embarked on a study comparing the genomic composition of oat crown rust strains collected in 1990 and 2015. "In the last 25 years the population of oat crown rust has gained additional virulences, and we would like to understand how this has occurred. Miller's work is essential to answering this question," commented Figueroa.

"Oat crown rust is one of the most rapidly evolving rust pathogens," explained University of Minnesota adjunct professor Peter Dodds of CSIRO Agriculture and Food. "So this work will really help understand how new rust diseases like the highly destructive Ug99 race of wheat stem rust can overcome resistance in crops."

The publications describing the work in the oat crown rust and wheat stripe rust pathogens, both released in the current issue of mBio, will serve as a framework for future studies of virulence evolution in these pathogens as well as for applying similar approaches to the rust fungi causing many other major crop diseases.