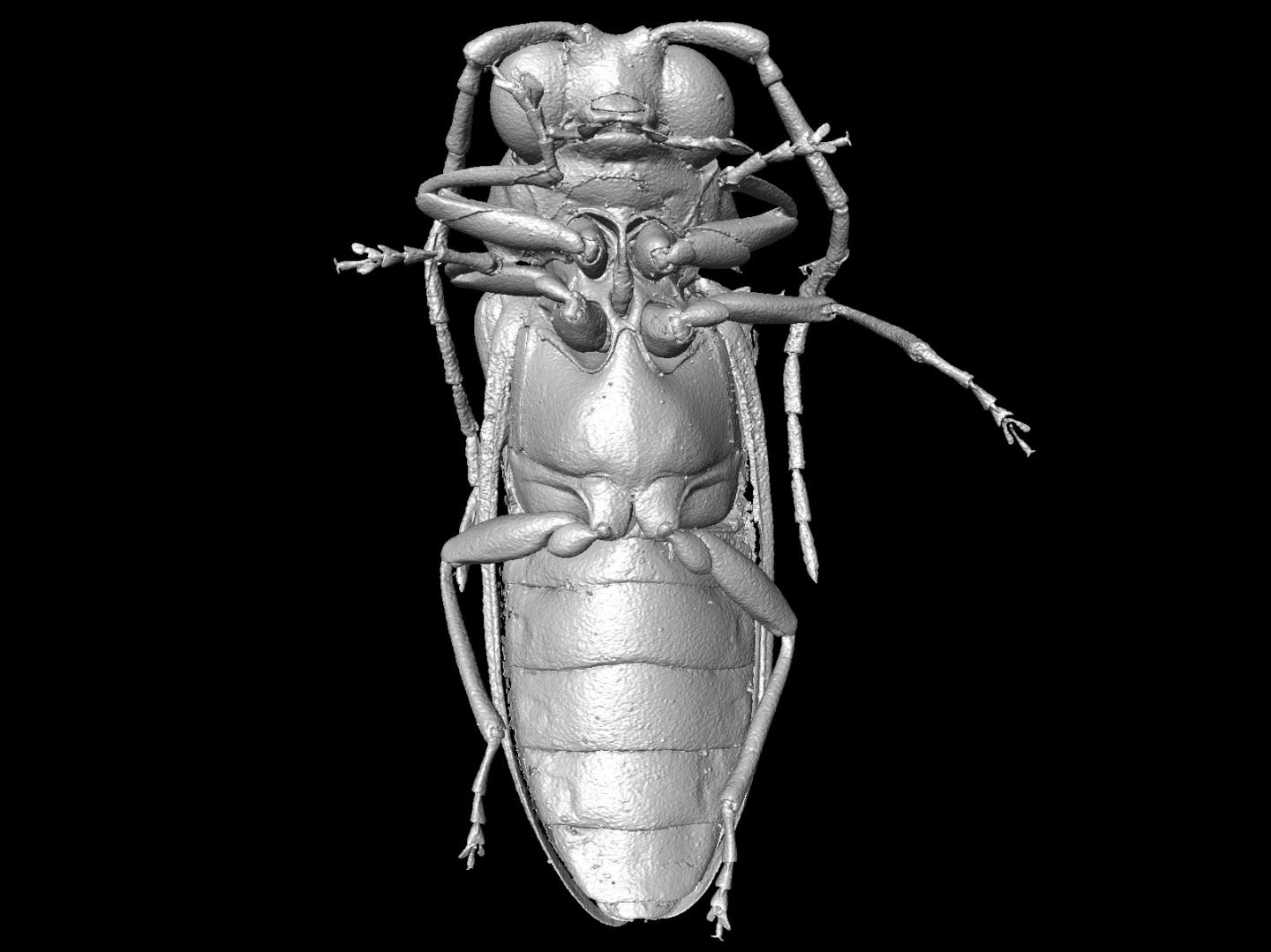 About a year ago, researchers found fossil specimens of beetles in an amber deposit in Myanmar, thereby describing a new beetle family that lived about 99 million years ago. However, the scientists had not been able to fully describe the morphology of the insects in the amber sample, which is why the beetles were subsequently given the mysterious name Mysteriomorphidae. An international research team led by the University of Bonn (Germany) and Palacky University (Czech Republic) has now examined four newly found specimens of the Mysteriomorphidae using computer tomography and has been able to reconstruct them. The results allow to draw conclusions about the evolution of the species during the Cretaceous period. The study has been published in the journal Scientific Reports.

Small creatures enclosed in amber can provide scientists with important information about past times, some of which date back many millions of years. In January 2019, the Spanish paleontologist Dr. David Peris, one of the two main authors of the study, collected several amber samples from the northern state of Kachin in Myanmar during a scientific trip to China and found beetle specimens from the same group as the Mysteriomorphidae.

Some of the newly found specimens showed a very good state of preservation—a good prerequisite for David Peris and his colleagues to carry out a virtual reconstruction of one of the beetles using computer tomography (CT scan). The technique used in paleontology allows researchers to study many small features of the fossils—even internal structures such as genitalia, if preserved.

While David Peris and his colleagues started to study and describe the morphology, i.e. the outer shape of the beetles, another research group also described the new family of Mysteriomorphidae by means of further specimens, that also came from the amber deposit in Myanmar. "However, the first study left some open questions about the classification of these fossils which had to be answered. We used the opportunity to pursue these questions with new technologies," explains David Peris, researcher now at the Institute for Geosciences and Meteorology at the University of Bonn. 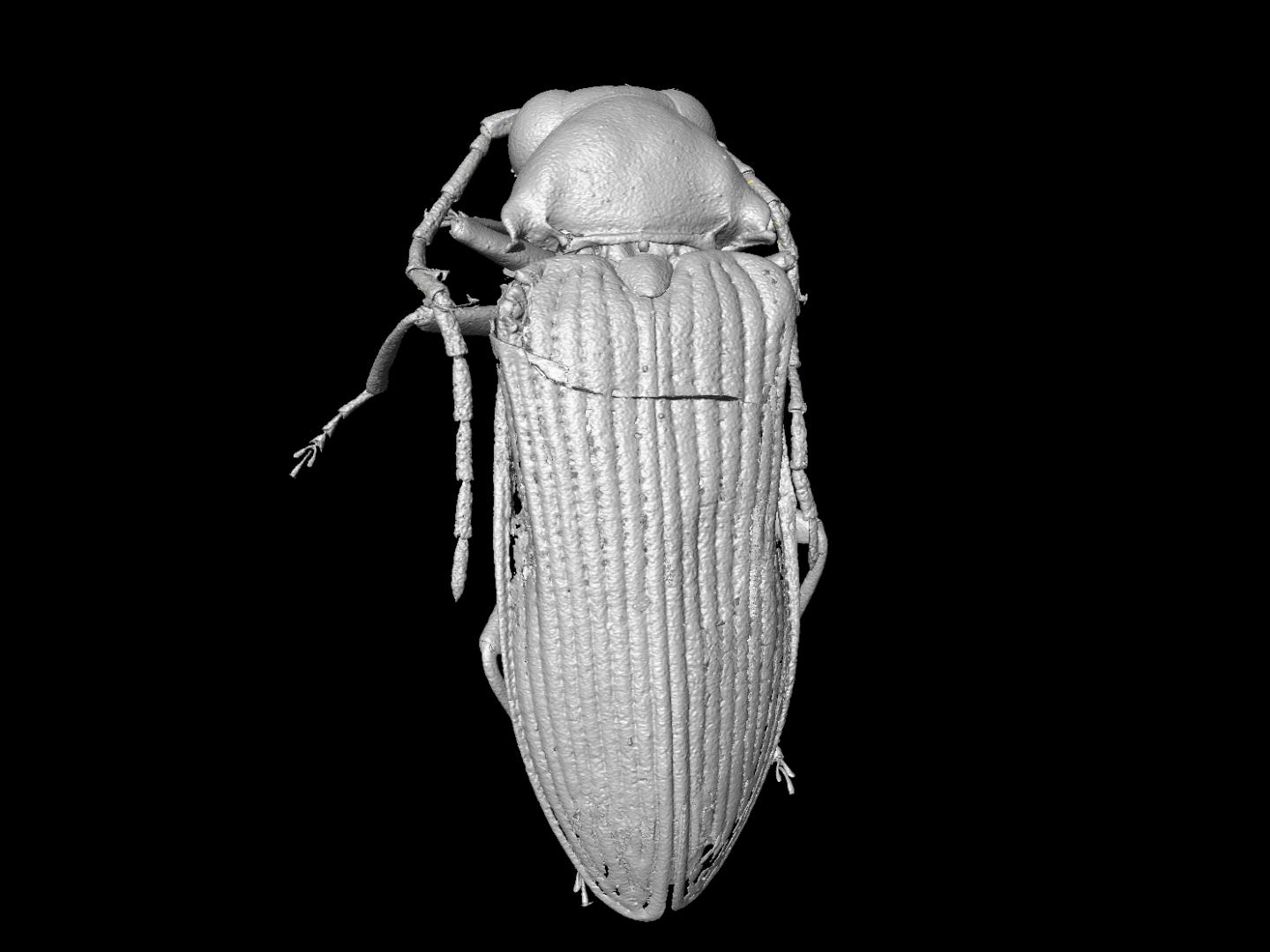 "We used the morphology to better define the placement of the beetles and discovered that they were very closely related to Elateridae, a current family," explains Dr. Robin Kundrata from Palacky University, the second main author of the study and also an expert on this group of beetles. The scientists discovered important diagnostic characters that these beetle lineages share on mouthparts, thorax, and abdomen.

Analysis of the evolution of beetles

Apart from the morphology, the researchers also analyzed the evolutionary history of the beetles. Earlier models had suggested that the beetles had a low extinction rate throughout their long evolutionary history, even during the Cretaceous period. However, the researchers provided a list of fossil groups of beetles described from the Cretaceous amber findings that, as Mysteriomorphidae, are only known as fossils from that time and had not survived the end of the Cretaceous period.

During the Cretaceous period, flowering plants spread all over the world, replacing the old plants in the changing environment. This distribution of plants was connected with new possibilities for many associated animals and also with the development of new living beings, for example pollinators of flowers. However, most previous theories had not described that the animal species that were previously well adapted to the old plants were under pressure to adapt to the new resources and possibly became extinct. "Our results support the hypothesis that beetles, but perhaps some other groups of insects, suffered a decrease in their diversity during the time of plant revolution," states Peris.