Bacteria possess the ability to take up DNA from their environment, a skill that enables them to acquire new genes for antibiotic resistance or to escape the immune response. Scientists have now mapped the core set of genes that are consistently controlled during DNA uptake in strep bacteria, and they hope the finding will allow them to cut off the microbes’ ability to survive what doctors and nature can throw at them.

The findings, by a team of researchers from the University of Oslo, the Forsyth Institute, and the University of Illinois at Chicago, appeared last week in the American Society for Microbiology’s new open-access journal, mSystems. 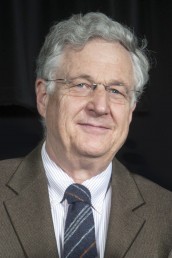 Donald A. MorrisonPhoto credit: Roberta Dupuis-DevlinThe researchers wanted to know precisely which metabolic pathways in the bacterial cell must be activated for the bacteria to become “competent,” or able to acquire genes from DNA in the environment. They focused on Streptococcus mutans, a strain involved in tooth decay.

Earlier studies of competence had pointed to more than 300 active genes. The new study identifies only 83 genes in 29 regions of the strep chromosome that are specific to the competence pathway, with 27 of these genes lying within an interconnected network controlled by one of three key regulator molecules. When the researchers compared the new results to earlier studies in five other strep species, they found that in all those species a core set of only 27 activated competence genes was required for DNA uptake.

“Streptococcus is a diverse group of species that evolved from a common ancestor to adapt to diverse hosts and sugar-rich niches,” says study co-author Donald Morrison, professor of biological sciences at UIC. “Our findings—that two-thirds of the core activated genes in streptococcus have transformation functions—suggest that this is an ancient response, maintained because of its value in promoting ready access to external DNA.”

The question now, says Morrison, is what is the function of the remaining one-third of the core genes?

“We know that gene transfer can occur in their absence,” the authors write, “suggesting that new aspects of competence are just waiting to be discovered.” New insights in this field may pave the way to new strategies to avoid unwanted gene transfers, such as those enabling the spread of antibiotic resistance.

The full study is online. Other authors with Morrison are Rabia Khan, Håkon Rukke, Henrik Høvik, Heidi Åmdal and Fernanda C. Petersen of the University of Oslo in Norway, and Tsute Chen of the Forsyth Institute in Cambridge, Massachusetts. Partial funding for this research was provided by National Science Foundation grant MCB-1020863.