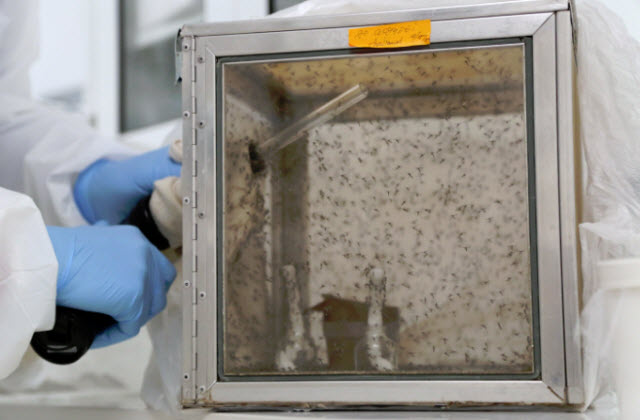 A multidisciplinary team from the University of Texas Medical Branch at Galveston has uncovered the mechanisms that the Zika virus uses to alter brain development. These findings are detailed in Stem Cell Reports.

There are currently 70 countries and territories reporting active Zika transmission, according to the World Health Organization. While a Zika infection typically results in mild or symptom-free infections in healthy adults and children, the risk of microcephaly in the developing fetus is an alarming consequence that has created a worldwide health threat.

Babies with microcephaly can have a wide array of problems including a small brain and head, developmental delays, seizures, vision, and hearing loss and feeding difficulty. Scientists are trying to determine how a Zika infection triggers these defects.

Since a normal brain develops from simple cells called stem cells that are able to develop into any one of various kinds of cells, the UTMB team deduced that microcephaly is most likely linked with abnormal function of these cells.

There are two main lineages of the virus, African and Asian. Recently, the UTMB team found that only the Asian lineage has been linked with microcephaly. So, what is it about this particular form of the virus that inflicts such damage?

The researchers established a method of investigating how Zika alters the production, survival, and maturation of brain stem cells using cells donated from three human fetal brains. They focused on the impact of the Asian lineage Zika virus that was involved in the first outbreak in North America in late 2015.

"We discovered that the Asian lineage Zika virus halted the proliferation of brain stem cells and hindered their ability to develop into brain nerve cells," said Ping Wu, senior author on the study and UTMB professor in the Department of Neuroscience & Cell Biology. "However, the effect that the Zika virus had on the ability of stem cells to develop into specialized cells differed between donors. This difference seems to be linked with a Zika-induced change in global gene expression pattern, it remains to be seen which genes are responsible.

Senior author and UTMB associate professor in the Department of Pathology Nikos Vasilakis said that they discovered that two weeks after the cells had developed into a certain type, the Zika infection was mainly found in glial cells, which provide support and insulation for the brain.