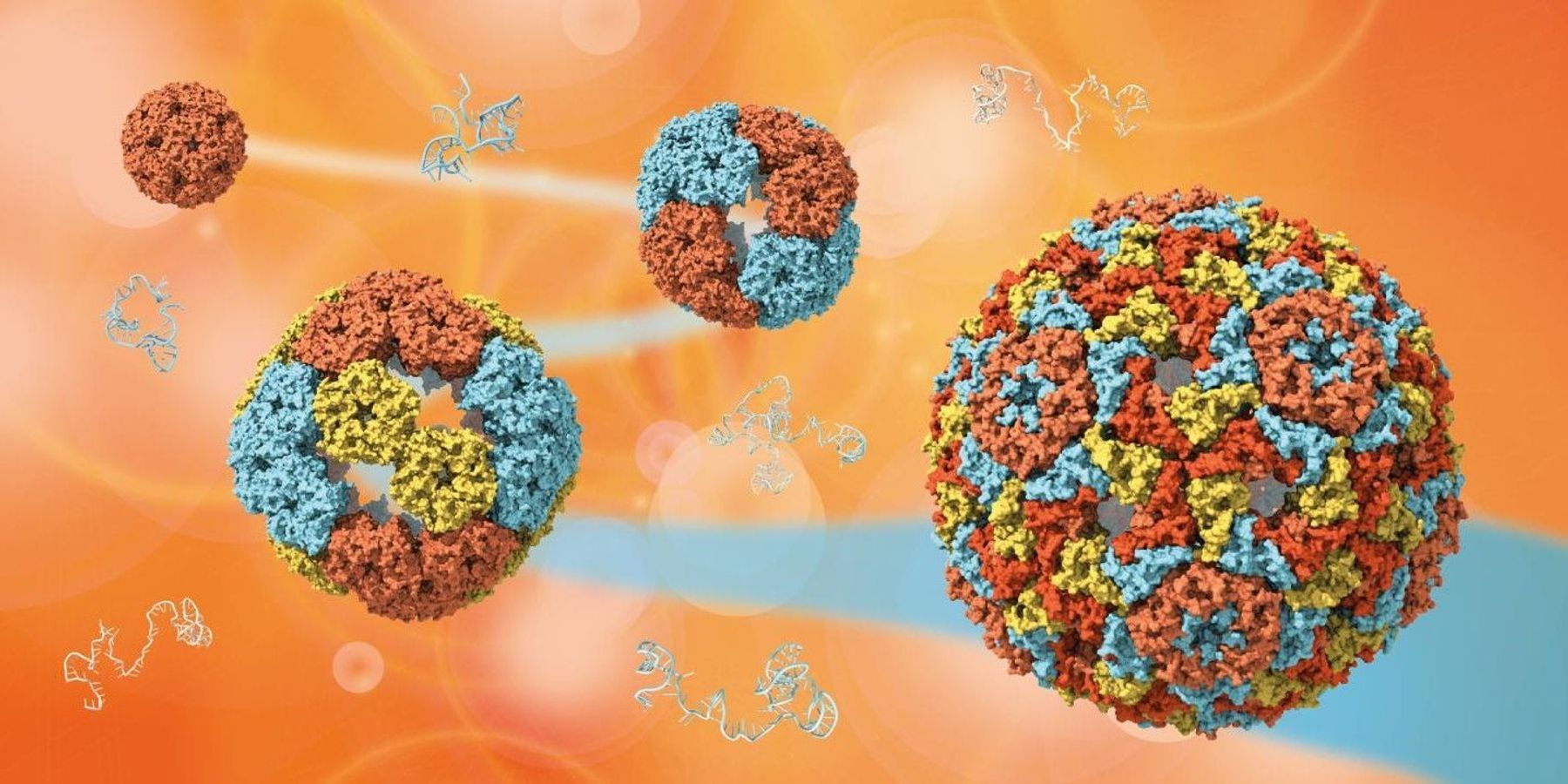 In a directed evolution experiment, a protein shell naturally occurring in bacteria evolved into a protein container that can encapsulate RNA, mimicking a genome packaging mechanism the team previously discovered in viruses
ETH Zürich / Stephan Tette

Researchers from the Universities of York and Leeds, collaborating with the Hilvert Laboratory at the ETH Zürich, studied the structure, assembly, and evolution of a "container" composed of a bacterial enzyme.

The study—published in the journal Science—details the structural transformation of these virus-like particles into larger protein containers.

It also reveals that packaging of the genetic cargo in these containers becomes more efficient during the later stages of evolution. They show that this is because the genome inside evolves hallmarks of a mechanism widely used by natural viruses, including COVID-19, to regulate their assembly. That mechanism was a joint discovery of the York and Leeds team. Professor Reidun Twarock, from the University of York's Departments of Mathematics and Biology, and the York Cross-disciplinary Centre for Systems Analysis, said: "Using a novel interdisciplinary technique developed in our Wellcome Trust funded team in Leeds and York, we were able to demonstrate that this artificial system evolved the molecular hallmarks of a 'virus assembly mechanism,' enabling efficient packaging of its genetic cargo."

In its evolution, the artificial virus-like particle efficiently packages and protects multiple copies of its own encoding messenger RNA.

Professor Peter Stockley from the University of Leeds' Astbury Centre for Structural Molecular Biology, said: "What's remarkable is this artificial virus-like particle evolves to be more efficient in packaging RNA. Our collaboration shows that following the evolutionary steps the encapsidated messenger RNAs incorporate more packaging signals than the starting RNAs. In other words, the phenomenon we have been working on in natural viruses 'evolves' in an artificial particle, and the results in this paper therefore describe a process that may have occurred in the early evolution of viruses. This understanding enables us to exploit these containers as delivery vehicles for gene therapeutic purposes."