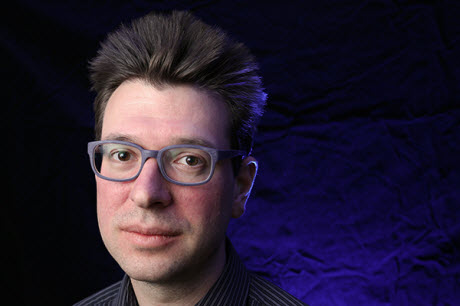 Flavio Frohlich, PhD Max Englund, UNC School of MedicineCHAPEL HILL, NC – A UNC School of Medicine study has provided the first direct evidence that a low dose of electric current can enhance a specific brain pattern to boost creativity by an average of 7.4 percent in healthy adults, according to a common, well-validated test of creativity.

This research, published in the journal Cortex, showed that using a 10-Hertz current run through electrodes attached to the scalp enhanced the brain’s natural alpha wave oscillations – prominent rhythmic patterns that can be seen on an electroencephalogram, or EEG.

“This study is a proof-of-concept,” said senior author Flavio Frohlich, PhD, assistant professor of psychiatry, cell biology and physiology, biomedical engineering, and neurology. “We’ve provided the first evidence that specifically enhancing alpha oscillations is a causal trigger of a specific and complex behavior – in this case, creativity. But our goal is to use this approach to help people with neurological and psychiatric illnesses. For instance, there is strong evidence that people with depression have impaired alpha oscillations. If we could enhance these brain activity patterns, then we could potentially help many people.”

Frohlich, who is also a member of the UNC Neuroscience Center, is now in collaboration with David Rubinow, MD, chair of the department of psychiatry, to use this particular kind of brain stimulation in two clinical trials for people with major depressive disorder and premenstrual dysphoric disorder, or PMDD – a severe form of premenstrual syndrome. Participant enrollment is now underway for both trials.

“The fact that we’ve managed to enhance creativity in a frequency-specific way – in a carefully-done double-blinded placebo-controlled study – doesn’t mean that we can definitely treat people with depression,” Frohlich cautioned. “But if people with depression are stuck in a thought pattern and fail to appropriately engage with reality, then we think it’spossible that enhancing alpha oscillations could be a meaningful, noninvasive, and inexpensive treatment paradigm for them – similar to how it enhanced creativity in healthy participants”

At the center of Frohlich’s research are neural oscillations – the naturally occurring rhythmic electrical patterns that neurons generate and repeat throughout the brain. Alpha oscillations occur within the frequency range of 8 and 12 Hertz 9 (or cycles per second). They were discovered in 1929 by Hans Berger, who invented EEG. Alpha oscillations occur most prominently when we close our eyes and shut out sensory stimuli – things we see, feel, taste, smell, and hear.

“For a long time, people thought alpha waves represented the brain idling,” Frohlich said. “But over the past 20 years we’ve developed much better insight. Our brains are not wasting energy, creating these patterns for nothing. When the brain is decoupled from the environment, it still does important things.

When alpha oscillations are prominent, your sensory inputs might be offline as you daydream, meditate, or conjure ideas. But when something happens that requires action, your brain immediately redirects attention to what’s going on around you. You come fully online, and the alpha oscillations disappear. Other oscillations at higher frequencies, such as gamma oscillations, take over.

For three years, his lab has used computer simulations and other experiments to hone a technique to improve alpha oscillation.

For the Cortex study, Frohlich’s team enrolled 20 healthy adults. Researchers placed electrodes on each side of each participant’s frontal scalp and a third electrode toward the back of the scalp. This way, the 10-Hertz alpha oscillation stimulation for each side of the cortex would be in unison. This is a key difference in Frohlich’s method as compared to other brain stimulation techniques.

Each participant underwent two sessions. During one session, researchers used a 10-Hertz sham stimulation for just five minutes. Participants felt a little tingle at the start of the five minutes. For the next 25 minutes, each participant continued to take the Torrance Test of Creative Thinking, a comprehensive and commonly used test of creativity. In one task, each participant was shown a small fraction of an illustration – sometimes just a bent line on a piece of paper. Participants used the line to complete an illustration, and they wrote a title when they finished.

In the other session each participant underwent the same protocol, except they were stimulated at 10 Hertz for the entire 30 minutes while doing the Torrance test. The tingling sensation only occurred at the start of the stimulation, ensuring that each participant did not know which session was the control session.

Because rating creativity or scoring a test can involve subjectivity, Frohlich sent each participant’s work to the company that created the test. “We didn’t even tell the company what we were doing,” Frohlich said. “We just asked them to score the tests.”

Then Frohlich’s team compared each participant’s creativity score for each session. He found that during the 30-minute stimulation sessions, participants scored an average 7.4 percentage points higher than they did during the control sessions.

“That’s a pretty big difference when it comes to creativity,” Frohlich said. “Several participants showed incredible improvements in creativity. It was a very clear effect.”

But there was a question. What if the electrical stimulation merely caused a general electric effect on the brain, independent of the alpha oscillation? To find out, Frohlich’s team conducted the same experiments but used 40 Hertz of electrical current, which falls in the gamma frequency band typically associated with sensory processing – when the brain is computing what we see or touch or hear.

“Using 40 Hertz, we saw no effect on creativity,” Frohlich said. “The effect we saw was specific to the 10-hertz alpha oscillations. There’s no statistical trickery. You just have to look at each participant’s test to see these effects.”

Frohlich said he understood some people might want to capitalize on this sort of study to boost creativity in their everyday lives, but he cautioned against it. “We don’t know if there are long-term safety concerns,” he said. “We did a well-controlled, one-time study and found an acute effect.”

Instead, Frohlich is focused on treating people with depression and other mental conditions, such as schizophrenia, for which cognitive deficits during everyday life is a major problem.

“There are people that are cognitively impaired and need help, and sometimes there are no medications that help or the drugs have serious side effects,” Frohlich said. “Helping these populations of people is why we do this kind of research.”

This study was funded by the National Institute of Mental Health, the department of psychiatry at the UNC School of Medicine, and the Swiss National Science Foundation.

The current clinical trial for depression is funded through an independent investigator award from the Brain and Behavior Research Foundation (formerly NARSAD).

The first author of the study is Caroline Lustenberger, PhD, a postdoctoral research associate in Frohlich’s lab; graduate student Michael Boyle, a graduate student in the biomedical engineering department; Alban Foulser, an undergraduate double major in psychology and German; and Juliann Mellin, a research assistant in the Frohlich lab. 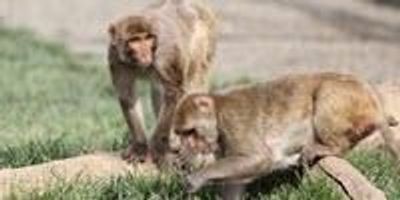 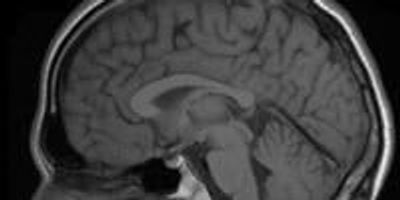 Study: ‘Moral Enhancement’ Technologies Are Neither Feasible Nor Wise

Study: ‘Moral Enhancement’ Technologies Are Neither Feasible Nor Wise 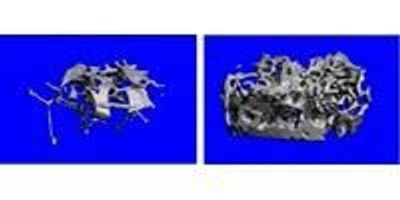 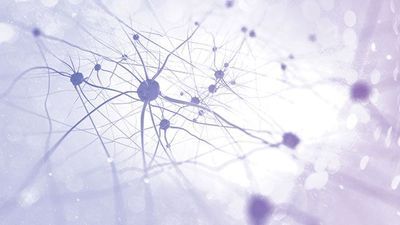