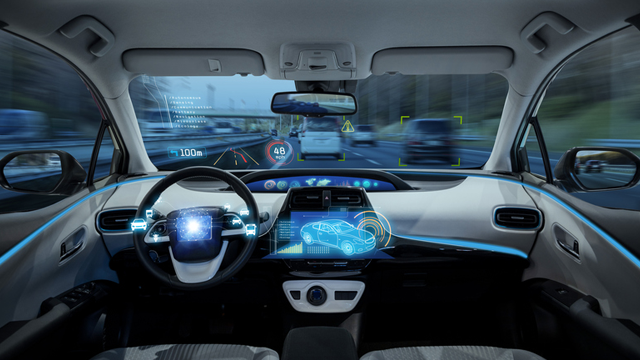 The race is on for companies to present their driverless cars to the public, but recent collisions involving autonomous vehicles developed by Uber Technologies Inc. and Tesla Inc. have led consumers to questions whether these vehicles can alleviate traffic issues and increase safety. A new study published in Risk Analysis examined the question "How safe is safe enough for self-driving vehicles (SDVs)?"

To answer this question, researchers employed an expressed-preference approach—a method that has not previously been employed in this setting—to determine the socially acceptable risk of SDVs. The results showed that the public will not accept this new technology unless it is shown to be safer, approximately four to five times as safe as human-driven vehicles (HDVs). Despite the conveniences SDVs would bring to individuals, such as the ability to watch a movie, read a book, sleep, or surf the internet, the public will be much less likely to accept, or even tolerate, SDVs if they have the same risk level as human driving. As suggested by previous studies, an individual increases his or her demand for safety when that safety is entrusted to an external factor, such as an automated vehicle.

One of the major motivations behind the development of SDVs is to improve road safety. Human error is believed to cause 94 percent of all traffic crashes in the U.S., and 75 percent in the U.K. While SDVs have the potential to significantly reduce these types of crashes, they also introduce several new road risks, including accidents caused by cyber-attacks. Creating perfectly safe SDVs is both technologically and economically infeasible, but policies can require that the risk of having them on the road be as low as technically achievable.

The study was conducted by Peng Liu and Run Yang, Tianjin University, and Zhigang Xu, of Chang'an University. The survey was distributed to a convenience sample of residents in Tianjin, China. Of the 499 respondents, half were randomly assigned to complete a version of the survey for HDVs, while the other half completed an SDV version. Risk frequencies were expressed as one fatality per a certain number of vehicle-kilometers traveled and as one fatality per a certain number of population, respectively. Respondents were asked to accept or reject each traffic risk scenario at one of four levels: never accept, hard to accept, easy to accept and fully accept.

The results show that the respondents believe that SDVs should be four to five times as safe as HDVs. Current global traffic fatal risk is estimated at 17.4 per 100,000, which is 350 times greater than the frequency accepted by 50 percent of the respondents for SDVs. This implies that respondents expect SDVs to improve safety by two orders of magnitude against the current traffic risk.

Based on the results, the researchers propose the following requirements for SDVs based on the tolerability of risk in industrial safety (a concept developed in the health and safety field) in which risks are distinguished by three criteria: unacceptable, tolerable, and broadly acceptable. SDVs that are less safe than human drivers would be set as the unacceptable risk criterion. The tolerable risk is that SDVs be four to five times as safe, meaning they should be able to reduce 75-80 percent of current traffic fatalities. The broadly acceptable risk criterion for SDVs is set as two orders of magnitude lower than current global traffic risk, indicating a hundredfold improvement over current traffic risks, or the same order of magnitude experienced in public transportation modes, such as rail and commercial aviation.