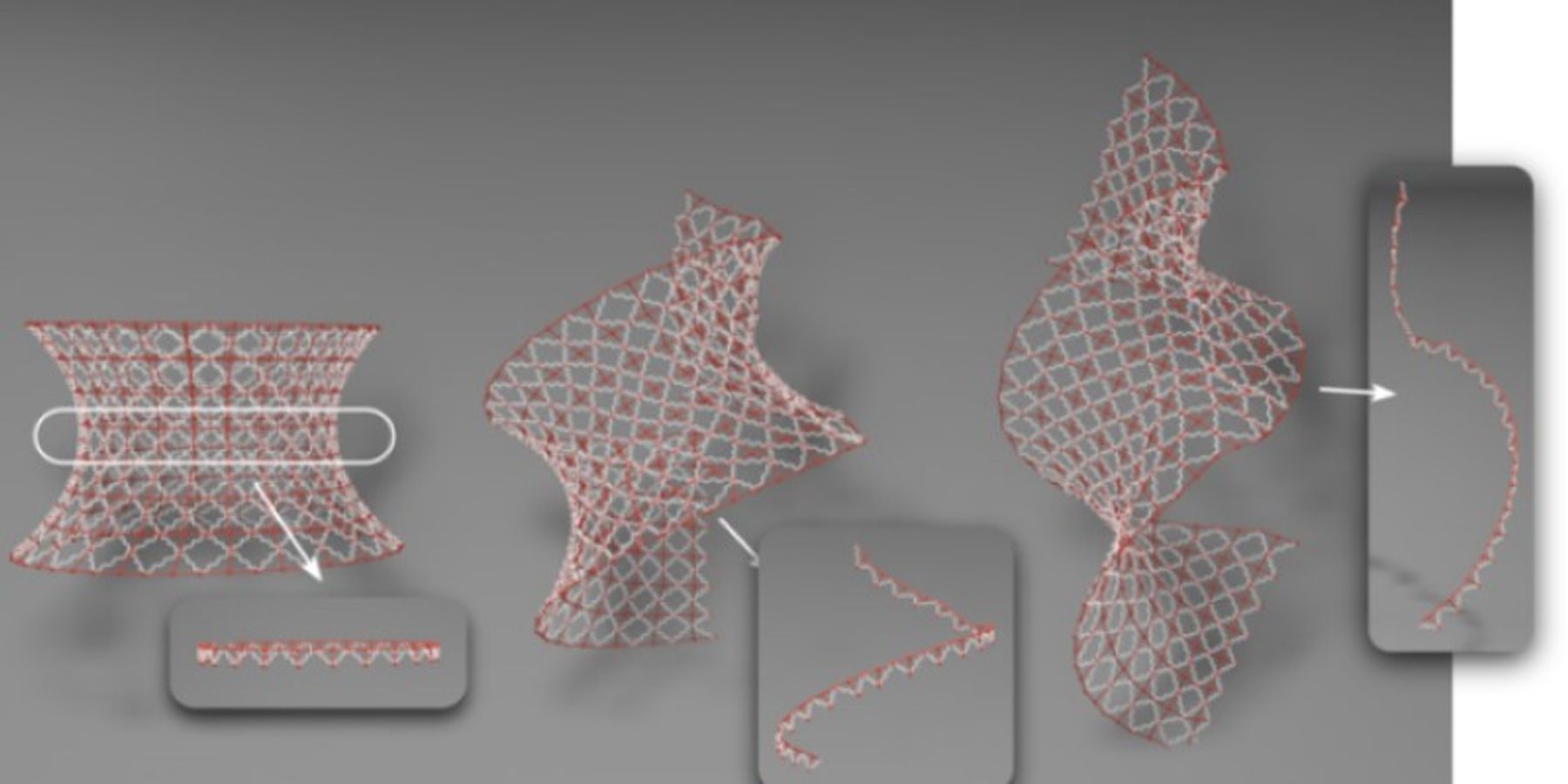 Researchers from the Harvard John A. Paulson School of Engineering and Applied Sciences (SEAS) have developed a shape-shifting material that can take and hold any possible shape, paving the way for a new type of multifunctional material that could be used in a range of applications, from robotics and biotechnology to architecture.
Harvard SEAS

Researchers from the Harvard John A. Paulson School of Engineering and Applied Sciences (SEAS) have developed a shape-shifting material that can take and hold any possible shape, paving the way for a new type of multifunctional material that could be used in a range of applications, from robotics and biotechnology to architecture.

The research is published in the Proceedings of the National Academy of Sciences.

“Today’s shape-shifting materials and structures can only transition between a few stable configurations but we have shown how to create structural materials that have an arbitrary range of shape-morphing capabilities,” said L Mahadevan, the Lola England de Valpine Professor of Applied Mathematics, of Organismic and Evolutionary Biology, and of Physics and senior author of the paper. “These structures allow for independent control of the geometry and mechanics, laying the foundation for engineering functional shapes using a new type of morphable unit cell.”

One of the biggest challenges in designing shape-morphing materials is balancing the seemingly contradictory needs of conformability and rigidity. Conformability enables transformation to new shapes but if it's too conformal, it can’t stably maintain the shapes. Rigidity helps lock the material into place but if it's too rigid, it can’t take on new shapes.

The team started with a neutrally stable unit cell with two rigid elements, a strut and a lever, and two stretchable elastic springs. If you’ve ever seen the beginning of a Pixar movie, you’ve seen a neutrally stable material. The Pixar lamp head is stable in any position because the force of gravity is always counteracted by springs that stretch and compress in a coordinated way, regardless of the lamp configuration. In general, neutrally stable systems, a combination of rigid and elastic elements balances the energy of the cells, making each neutrally stable, meaning that they can transition between an infinite number of positions or orientations and be stable in any of them.

“By having a neutrally stable unit cell we can separate the geometry of the material from its mechanical response at both the individual and collective level,” said Gaurav Chaudhary, a postdoctoral fellow at SEAS and co-first author of the paper. “The geometry of the unit cell can be varied by changing both its overall size as well as the length of the single movable strut, while its elastic response can be changed by varying either the stiffness of the springs within the structure or the length of the struts and links.”

The researchers used both mathematical modeling and real-world demonstrations to show the material’s shape-shifting ability. The team demonstrated that one single sheet of totimorphic cells can curve up, twist into a helix, morph into the shape of two distinct faces and even bear weight.

“We show that we can assemble these elements into structures that can take on any shape with heterogeneous mechanical responses,” said S. Ganga Prasath, a postdoctoral fellow at SEAS and co-first author of the paper.

“Since these materials are grounded in geometry, they could be scaled down to be used as sensors in robotics or biotechnology or could be scaled up to be used at the architectural scale. All together, these totimorphs pave the way for a new class of materials whose deformation response can be controlled at multiple scales,” said Mahadevan.

The research was coauthored by Edward Soucy.

- This press release was originally published on the Harvard John A. Paulson School of Engineering and Applied Sciences website