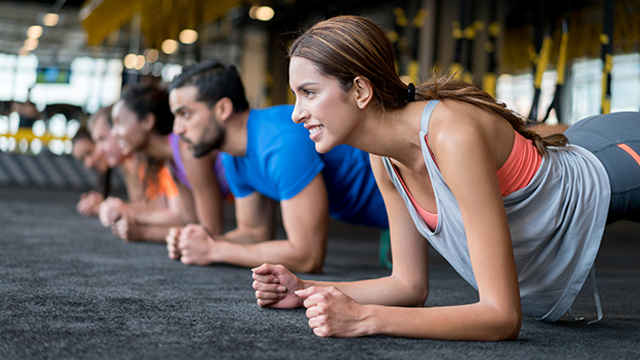 Researchers at the Joslin Diabetes Center, Harvard, and the Ohio State University have identified, for the first time, a fat molecule that circulates in the blood after exercise. This lipid, released by so-called brown fat, may account for some of the beneficial metabolic changes linked to physical activity, and boosting it may help reduce triglyceride levels, improve cardiovascular health, and regulate weight.

The study, appearing May 1 in the journal Cell Metabolism, found that even a short bout of moderate exercise increased levels of a lipid called 12,13-dihydroxy-9Z-octadecenoic acid (12,13-diHOME) in male, female, young, old, sedentary, and active human subjects. What's more, researchers had previously found that blood levels of the same lipid shot up when test subjects were exposed to cold.

"Our data provide some of the first evidence that exercise can alter the endocrine function of brown fat by increasing 12,13-diHOME," says co-author Laurie Goodyear, senior investigator at the Joslin Diabetes Center and associate professor at Harvard Medical School. "These data highlight another mechanism for the beneficial effects of exercise."

The lipid 12,13-diHOME is produced by brown adipose tissue (BAT), or brown fat. Brown fat, which burns more calories than the white fat linked to type 2 diabetes and heart disease, has been called the "good" fat. Newborns burn a reserve of brown fat to stay warm, but the purpose of the few grams of brown fat that adults retain is unclear.

While cold exposure is known to stimulate BAT, previous studies have shown that exercise decreases BAT activity in humans and rodents. "Most data have suggested that cold and exercise have opposite effects on BAT, so to see that 12,13-diHOME was released from BAT after both exercise and cold exposure was unexpected," says co-author Kristin Stanford, of the Ohio State University's Wexner Medical Center.

The study shows that white adipose tissue breaks down stored fat to become circulating fatty acids while brown fat releases a lipid that promotes the uptake of these fatty acids into working muscles during exercise. "I think it is surprising that one type of fat provides the fuel and the other signals the muscle to use the fuel," Goodyear says.

In mice, both a single burst of exercise and longer-term training increased circulating 12,13-diHOME. Surgically removing the animals' brown fat eliminated the effect, suggesting that brown fat itself generates the lipid.

Goodyear, who explores the molecular mechanisms underlying the beneficial effects of exercise, says the secretion of 12,13-diHOME may have evolved to promote fat utilization under conditions in which muscles need a quick influx of fuel. The knowledge that BAT reacts in subjects after both exercise and cold exposure might lead to new ways to manipulate it.

Stanford says future studies will explore the physiological effects of signaling lipids that are significantly decreased by exercise, as these factors may play important roles in regulating the metabolic effects of exercise. "We still have more to learn about how BAT is activated by cold and exercise and how these two stimuli could work in parallel," she says.