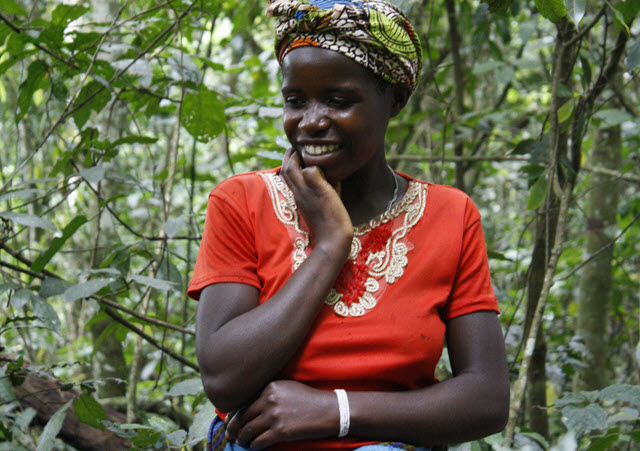 African and Asian rainforest hunter-gatherers share short stature, and now an international team of researchers has shown that this is an example of convergent adaptation that may also be linked to changes in cardiac development pathways.

"We know that rainforest populations become small," said Christina M. Bergey, postdoctoral fellow in anthropology. "The question is did evolution take the same path each time humans got small?"

In adapting to an environment, organisms theoretically have a variety of ways they can change to become more in tune with their surroundings. Often, however, completely separate populations adapt to a similar environment in the same way. This similar but separate path is convergent adaptation.

Small-stature populations, averaging five foot in height, exist in the rainforests of Africa, Asia, South America, and historically Australia. Why humans in rainforests evolved to have small stature is still up for debate. According to Bergey, there are a variety of suggested reasons, but one in particular has plausibility.

"Rainforests are really rough for human occupation and there aren't a lot of calories for humans and especially not a lot of protein," said Bergey.

To explore the mechanisms behind this short stature, the researchers compared pairs of populations on two continents. In Africa, they looked at the Batwa, who once lived in the Bwindi Impenetrable Forest, and the Bakiga, the agriculturalist neighbors of the Batwa. In Asia, they looked at Andaman Islanders—the Jarawa and Onge—who are rainforest hunter-gatherers, and Brahmins in India, who are agriculturalists.

"We analyzed high-coverage sequence data from the protein-coding portion of the genomes of two pairs of populations," the researchers report in Proceedings of the National Academy of Sciences. "We observed signatures of convergent positive selection between the Batwa and Andamanese rainforest hunter-gathers across the set of genes with annotated 'growth factor binding' functions."

Both populations had genetic changes to the same pathway, the one that influences growth factor binding. However, they also found that both populations also had convergent adaptation and population-specific signatures of positive selection for pathways related to cardiac muscle tissue development.

"We know that people of short stature, whether in these populations or in the typical height populations, have a higher risk of cardiac problems," said Bergey. "While it was unexpected to find certain cardiac development factors, there is a connection between these two things. If natural selection alters growth factor pathways, then maybe there needs to be a compensation in the cardiac development pathways."

The researchers did not see the same patterns of positive selection in either of the two agriculturalist populations for either growth or cardiac development. According to the researchers, this strongly suggests that the changes in the Batwa and Andamanese were adaptation to the rainforest and not the normal progression of human change.

"We performed the study because if we look at a population with non-pathological changes in a trait—in this case height—we might be able to learn more broadly about the fundamental biological basis of human variation for that trait," said Bergey.