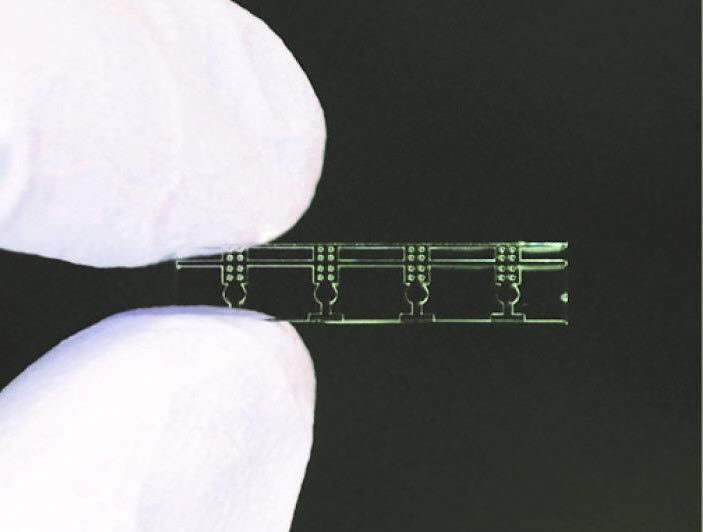 The transparent device is tiny and allows the growth of four separate seedlings.
The Plant Journal

A type of plant grafting needing a tremendous amount of precision and skill has now been made faster and easier thanks to a simple transparent container. Researchers at Nagoya University have developed a micrografting device that guides seedling growth and facilitates the grafting of the embryonic shoots of one plant onto the tiny stalks of another. The new device shows potential for facilitating research into plant signaling. The details were published in The Plant Journal. The concept can be expanded to crop grafting to develop more resilient crop varieties. The system has already been developed and applied in tomato grafting by GRA&GREEN Inc., a start-up venture company from Nagoya University.

Plant grafting is a centuries-old technique that involves attaching the growth of the upper part of one plant, called the scion, onto the lower part of another, called the rootstock. In more recent years, some plant experts have started using micrografting: transferring a very tiny part of a newly forming shoot onto the rootstock of a very young plant. Plant experts use this technique because it facilitates studies on the signalling system that controls plant growth and development. The problem is that this technique needs personnel who can skilfully and precisely do this under a microscope.

"We developed a silicon-based chip to improve the ease-of-use, efficiency, and success rate of micrografting, even for untrained users," says Nagoya University bioscientist Michitaka Notaguchi.

The device, made from a silicon elastomer called polydimethylsiloxane, is 3.6mm wide by 17mm long and contains four identical units. Each unit is formed of a small pocket in which the plant seed is placed, a lower pathway for root growth, and an upper pathway that guides shoot growth. A horizontal slot passes through the top parts of the four units. It is used to insert a tiny blade that cuts off the scions of the developing plants. Scions from other plants are then placed into the upper pathways for grafting onto the rootstocks. 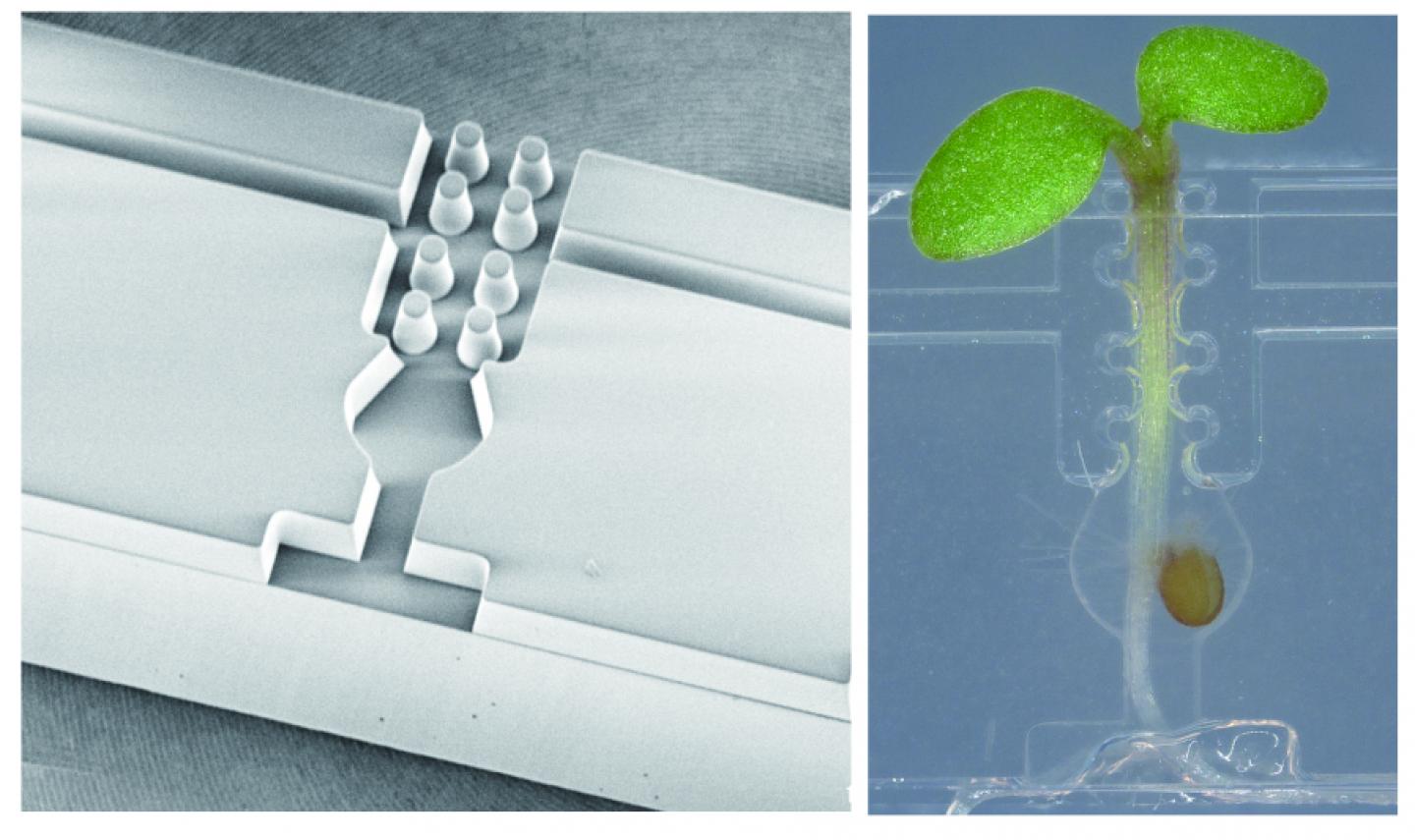 Each unit in the device is designed to control and support plant growth, cutting, and grafting.
The Plant Journal

The device makes grafting much easier by facilitating the precise and delicate contact between the new scions and the original rootstocks. The researchers achieved a 48-88 percent grafting success rate using the device. Grafting was most successful when performed at 27°C and when the agar medium used to support seed sprouting contained 0.5 percent sucrose.

They then used the device to understand how the compound nicotianamine transports iron across different parts of a plant. In separate devices, they grew normal Arabidopsis plants, which are commonly used in plant research, and a mutant Arabidopsis that lacks nicotianamine. They then grafted normal Arabidopsis scions onto mutant rootstocks and vice versa. Their tests showed nicotianamine originating from the shoot or root can move to other areas and mobilize iron necessary for plant growth and development.

The team next aims to further develop their device to make it suitable for grafting other types of plants with different seed sizes. "Developing supportive devices for grafting experiments will help activate research in this area," says Notaguchi.

- This press release was originally published on the Nagoya University website