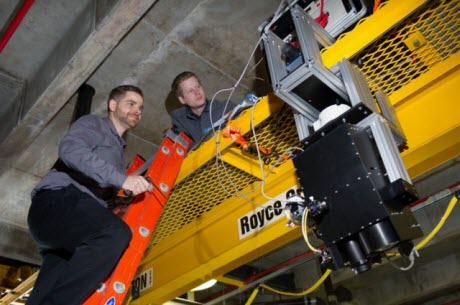 And, unlike currently available systems, AEO-ISR technology is designed to gather and transmit data in real time, allowing it to produce high-resolution 3-D undersea imagery with greater speed, accuracy, and usability.

These advanced capabilities could support a range of military uses such as anti-mine and anti-submarine intelligence and nautical charting, as well as civilian mapping tasks. In addition, GTRI’s new lidar could probe forested areas to detect objects under thick canopies.

"Lidar has completely revolutionized the way that ISR is done in the military – and also the way that precision mapping is done in the commercial world," said Grady Tuell, a principal research scientist who is leading the work. "GTRI has extensive experience in atmospheric lidar going back 30 years, and we're now bringing that knowledge to bear on a growing need for small, real-time bathymetric lidar systems."

Tuell and his team have developed a new GTRI lightweight lidar, a prototype that has successfully demonstrated AEO-ISR techniques in the laboratory. The team has also completed a design for a deployable mid-size bathymetric device that is less than half the size and weight of current systems and needs half the electric power.

To simulate the movement of an actual aircraft, the prototype must be "flown" over a laboratory pool. To do this, the researchers install the lidar onto a gantry above a large water tank in Georgia Tech’s Woodruff School of Mechanical Engineering and then operate it in a manner that simulates flight.

The lidar utilizes a high-power green laser that can penetrate water to considerable depths. Firing a laser beam every 10,000th of a second, the proxy aircraft allows the team to study the best methods for producing accurate images of objects on the floor of the pool. 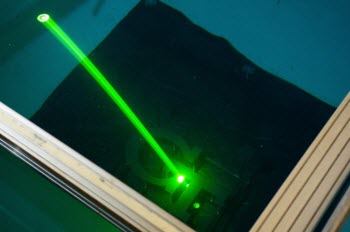 The GTRI lightweight lidar prototype system uses a special green laser that penetrates water to considerable depths.Rob FeltThe ultimate goal is to obtain accurate reflectance from the sea floor, but the presence of water makes that difficult. To capture good images, the GTRI lightweight lidar must make a series of adjustments that let it measure reflected laser beams as if there were no water present.

One challenge is that when a tightly focused light beam such as a laser hits water, it loses speed and bends, a familiar underwater effect called refraction. Due to changes in the water's surface, the angle of refraction varies constantly, and these changes in the refracted angle must be accounted for when computing the path of the light.

Another challenge is that the photons in the laser beam scatter in the water, like light from a car headlight hitting fog. The amount of this scattering depends on the water’s turbidity, which refers to the number of particles suspended in it. In addition, the water absorbs some of the light.

Because of these two effects, a lidar system receives back only a tiny signal when its laser beam bounces off an underwater surface such as the sea floor. The signal-conditioning and sensor-processing capabilities of the lightweight lidar must be sophisticated enough to detect that small returning signal in an overall sea and air environment that is very noisy – meaning that it's filled with extraneous signals that interfere with the desired data.

The ultimate product of a bathymetric lidar is a three-dimensional point cloud that describes the seafloor at high spatial resolution. Users of these data need to know the accuracy of each point.

In a major milestone, the GTRI team was the first to demonstrate bathymetric lidar coordinate computation and TPU estimates in real time. To achieve the necessary processing speed, the team employs a mixed-mode computing environment composed of field programmable gate arrays (FPGAs), along with central-processing and graphics-processing units.

Each time a laser is fired, Tuell explained, it takes only a few nanoseconds for the beam to reach the bottom of the pool and bounce back. Once the beam returns, the lidar's high-speed computer digitizes the returned beam and computes ranges, coordinates, and TPU before the next shot of the laser.

"In our laboratory tests, we're computing about 37 million points per second – which is exceptionally fast for a lidar system and gives us a great deal of information about the sea floor in a very short period of time," Tuell said. "The key is we're using FPGAs to do the necessary signal conditioning and signal processing, and we're doing it at exactly the time that we convert from an analog signal to a digital signal."

In addition to developing the proof-of-concept lidar prototype, the GTRI team has produced a CAD design for a deployable bathymetric device that is half the size and weight of current devices and has lower power needs. The immediate goal is to field such a mid-size device on a larger UAV such as an autonomous helicopter.

The longer-term aim is to use AEO-ISR technology to develop bathymetric lidars that could fly on small UAVs with payloads of 30 pounds or less. To help these lidars deliver maritime surveillance and mapping data in real time, most of the necessary signal processing would be done on the aircraft and only essential data would be transmitted to ground stations.

"We've provided a prototype that demonstrates the key technology, and we've completed a design for a mid-size design," Tuell said. "In the future, we believe small bathymetric lidars will perform military tasks, and also civilian tasks such as county-level mapping, with increased convenience and at greatly reduced cost." 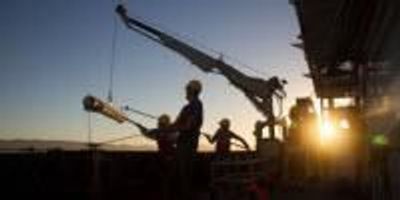