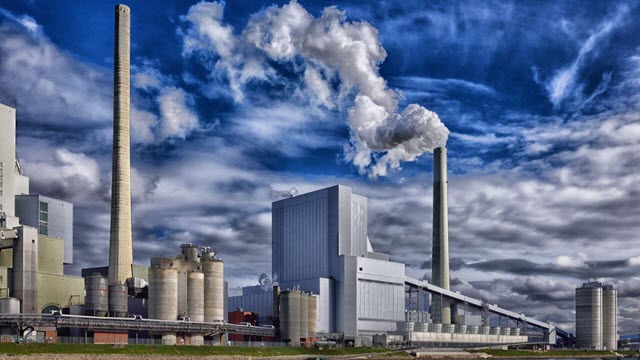 Graphene Flagship partners the University of Bologna, Politecnico di Milano, CNR, NEST, Italcementi HeidelbergCement Group, the Israel Institute of Technology, Eindhoven University of Technology, and the University of Cambridge have developed a graphene-titania photocatalyst that degrades up to 70 percent more atmospheric nitrogen oxides (NOx) than standard titania nanoparticles in tests on real pollutants.

Atmospheric pollution is a growing problem, particularly in urban areas and in less developed countries. According to the World Health Organization, one out of every nine deaths can be attributed to diseases caused by air pollution. Organic pollutants, such as nitrogen oxides and volatile compounds, are the main cause of this, and they are mostly emitted by vehicle exhausts and industry.

To address the problem, researchers are continually on the hunt for new ways to remove more pollutants from the atmosphere, and photocatalysts such as titania are a great way to do this. When titania is exposed to sunlight, it degrades nitrogen oxides—which are very harmful to human health—and volatile organic compounds present at the surface, oxidizing them into inert or harmless products.

Now, the Graphene Flagship team working on photocatalytic coatings, coordinated by Italcementi, HeidelbergCement Group, Italy, developed a new graphene-titania composite with significantly more powerful photodegradation properties than bare titania. "We answered the Flagship's call and decided to couple graphene to the most-used photocatalyst, titania, to boost the photocatalytic action," comments Marco Goisis, the research coordinator at Italcementi. "Photocatalysis is one of the most powerful ways we have to depollute the environment, because the process does not consume the photocatalysts. It is a reaction activated by solar light," he continues.

By performing liquid-phase exfoliation of graphite—a process that creates graphene—in the presence of titania nanoparticles, using only water and atmospheric pressure, they created a new graphene-titania nanocomposite that can be coated on the surface of materials to passively remove pollutants from the air. If the coating is applied to concrete on the street or on the walls of buildings, the harmless photodegradation products could be washed away by rain or wind, or manually cleaned off.

To measure the photodegradation effects, the team tested the new photocatalyst against NOx and recorded a sound improvement in photocatalytic degradation of nitrogen oxides compared to standard titania. They also used rhodamine B as a model for volatile organic pollutants, as its molecular structure closely resembles those of pollutants emitted by vehicles, industry and agriculture. They found that 40 percent more rhodamine B was degraded by the graphene-titania composite than by titania alone, in water under UV irradiation.

"Coupling graphene to titania gave us excellent results in powder form—and it could be applied to different materials, of which concrete is a good example for the widespread use, helping us to achieve a healthier environment. It is low-maintenance and environmentally friendly, as it just requires the sun's energy and no other input," Goisis says. But there are challenges to be addressed before this can be used on a commercial scale. Cheaper methods to mass-produce graphene are needed. Interactions between the catalyst and the host material need to be deepened as well as studies into the long-term stability of the photocatalyst in the outdoor environment.

Xinliang Feng, Graphene Flagship Work Package Leader for Functional Foams and Coatings, explains: "Photocatalysis in a cementitious matrix, applied to buildings, could have a large effect to decrease air pollution by reducing NOx and enabling self-cleaning of the surfaces—the so-called 'smog-eating' effect. Graphene could help to improve the photocatalytic behaviour of catalysts like titania and enhance the mechanical properties of cement. In this publication, Graphene Flagship partners have prepared a graphene-titania composite via a one-step procedure to widen and improve the ground-breaking invention of 'smog-eating' cement. The prepared composite showed enhanced photocatalytic activity, degrading up to 40 percent more pollutants than pristine titania in the model study, and up to 70 percent more NOx with a similar procedure. Moreover, the mechanism underlying this improvement was briefly studied using ultrafast transient absorption spectroscopy."

Enrico Borgarello, global product innovation director at Italcementi, part of the HeidelbergCement Group, one of the world's largest producers of cement, comments: "Integrating graphene into titania to create a new nanocomposite was a success. The nanocomposite showed a strong improvement in the photocatalytic degradation of atmospheric NOx boosting the action of titania. This is a very significant result, and we look forward to the implementation of the photocatalytic nanocomposite for a better quality of air in the near future."

The reasons to incorporate graphene into concrete do not stop here. Italcementi is also working on another product—an electrically conductive graphene concrete composite, which was showcased at Mobile World Congress in February this year. When included as a layer in flooring, it could release heat when an electrical current is passed through it.

"You could heat your room, or the pavement, without using water from a tank or boiler," Goisis comments. "This opens the door to innovation for the smart cities of the future—particularly to self-sensing concrete," which could detect stress or strain in concrete structures and monitor for structural defects, providing warning signals if the structural integrity is close to failure.

Andrea C. Ferrari, science and technology officer of the Graphene Flagship and chair of its Management Panel, adds: "An ever-increasing number of companies are now partners, or associate members of the Graphene Flagship, since they recognize the potential for new and improved technologies. In this work, Italcementi, leader in Italy in the field of building materials, demonstrated a clear application of graphene for the degradation of environment pollutants. This can not only have commercial benefits, but, most importantly, benefit of society by resulting in a cleaner and healthier environment."