High school student Jessica Young checking the packing density of random aggregates of plastic spheres in a cylinder. Young's work as a summer intern at NIST contributed to a paper arguing that rigid aggregates like those she's testing tend to clump together at roughly the same density regardless of scale, from microscopic soot to large comets.Photo credit: Baum/NISTNIST hopes the results will help in the development of future measurement standards to aid climate researchers and others who need to measure and understand the behavior of aerosols like carbon soot in the atmosphere.

Soot comes mostly from combustion and is considered the second biggest driver of global warming, according to NIST chemist Christopher Zangmeister. It is made up of small round particles of carbon about 10 or 20 nanometers across. The particles stick together randomly in short chains and clumps of a half dozen or more spheres. These, in turn, clump loosely together to form larger, loose aggregates of 10 or more which over a few hours will compact into a somewhat tighter ball which is atmospheric soot.

The interesting question for chemists studying carbon aerosols is how tight? How dense? Among other things, the answer relates to the balance of climate effects from soot: heating from light absorption versus cooling from light reflection.

The maximum packing density of objects is a classic problem in mathematics, which has been fully solved for only the simplest cases. The assumed density in models of atmospheric soot is 0.74, which is the maximum packing density of perfect spheres, such as billiard balls, in a given space. But when Zangmeister’s team made measurements of the packing density of actual soot particles, the figure they got was 0.36. “We figured, man, we’ve got to be wrong, we’re off by a factor of two,” Zangmeister recalls, but “a bunch more measurements” convinced them that 0.36 was correct. Why?

Enter the summer help. Two students, one in college and one in high school, who were working with Zangmeister’s group last summer were set to the task of modeling the packing question with little 6 mm plastic spheres sold for pellet guns. They glued thousands of random combinations of spheres together in clumps of from 1 to 12 spheres, and then filled every available size of graduated cylinders and hollow spheres with their assemblies, over and over, and over.

Their charted results, as a function of clump size, form a curve that levels off at … 0.36.

It gets better. Inspired by a book on the solar system he was reading with his son, Zangmeister checked NASA’s literature. Comets are formed very much the same way as soot particles, except out of dust and ice, and they’re a lot bigger. NASA’s measurements on a collection of 20 comets estimate that packing density at between 0.2 and 0.4. So 0.36 may be an all-purpose value.**

NIST’s interest in the nature of soot particles is driven by a desire to imitate them, according to Zangmeister. “It's amazing how much uncertainty there is in optical measurements of particles in the atmosphere. The reason for this uncertainty is rooted in something really important to NIST: there are no real methods for calibrations. You can calibrate any CO2 measurement using one of our Standard Reference Materials for CO2 in air, but there's no such thing as a bottle of standard aerosol or a standard aerosol generator. That’s really at the heart of what we’re trying to do: make a black material that simulates carbon that you can put into an aerosol and know it will come out the same way every time. It's a real materials chemistry project.”

The agency is working with the National Research Council of Canada and Environment Canada on the project.

**0.36 is also very close to the reported values for compacted silicon dioxide monomers (ceramics industry) and pharmaceutical powders made from “microscale random aggregates.” 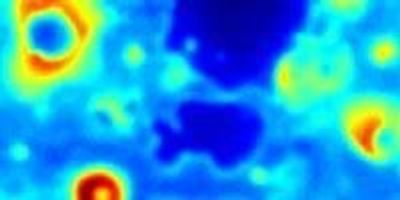 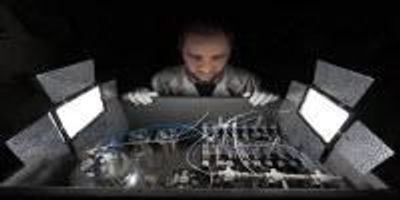 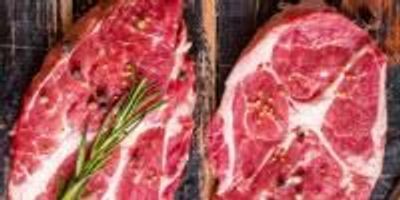