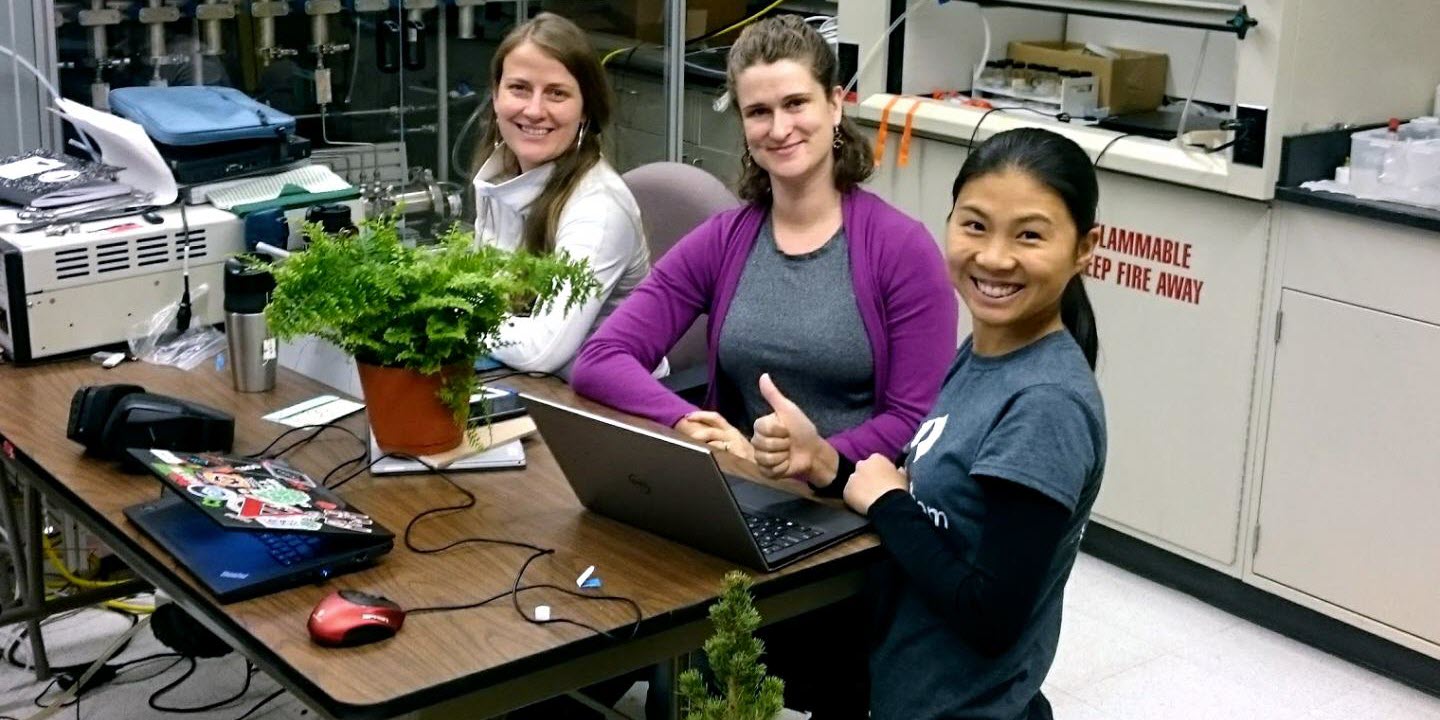 Cleaning surfaces with hydrogen peroxide-based disinfectants has the potential to pollute the air and pose a health risk, according to research led by University of Saskatchewan (USask).

The research team found that mopping a floor with a commercially available hydrogen peroxide-based disinfectant raised the level of airborne hydrogen peroxide to more than 600 parts per billion—about 60 percent of the maximum level permitted for exposure over eight hours, and 600 times the level naturally occurring in the air. The results were just published in the journal Environmental Science & Technology.

"When you're washing surfaces, you are also changing the air you are breathing," said USask chemistry researcher Tara Kahan, senior author of the study and Canada Research Chair in Environmental Analytical Chemistry. "Poor indoor air quality is associated with respiratory issues such as asthma."

Too much exposure to hydrogen peroxide could lead to respiratory, skin, and eye irritation, according to the US Centers for Disease Control.

The COVID-19 pandemic has led to increased cleaning and demand for all types of cleaning products, including bleach alternatives that contain hydrogen peroxide.

"At the beginning of the pandemic, we couldn't do research on this topic because hydrogen peroxide solutions were out of stock," Kahan said.

Kahan's team, which also included researchers from Syracuse University, York University (Toronto), and University of York (England), sprayed the vinyl floor in a simulated room environment with 0.88 per cent hydrogen peroxide disinfectant and wiped it dry with paper towel either immediately or after letting it soak in for an hour. The team then tested the air at human head height.

Related Infographic: Protecting Yourself Against COVID-19

"The real risk is for people who get repeatedly exposed, such as janitors and house cleaners," Kahan said. "We washed the floor and collected measurements at face height—the concentrations will be even stronger at the floor or at the level of a countertop."

Kahan said that the impact on children and pets—those physically closer to the disinfected surfaces—is not yet known.

There are a few ways to reduce risks while disinfecting your home, Kahan says:

Funded by the Canada Research Chairs program and the Alfred P. Sloan Foundation, Kahan's team—mostly women in a discipline which tends to be male-dominated—is currently repeating the experiment in a house and apartment in Saskatoon to determine whether the high numbers occur in a real world environment and to find practical ways to mitigate exposure risks.

- This press release was originally published on the USask News website. It has been edited for style