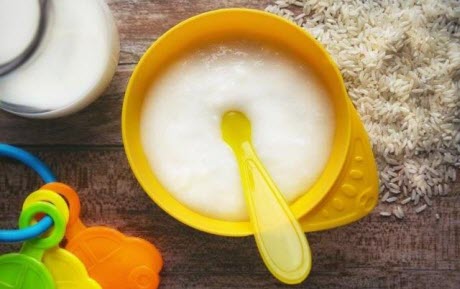 Some infant rice cereal products contain levels of mercury that could be cause for concern.Image Credit: NAR studio/Shutterstock.com Eating large amounts of certain fish can expose consumers to methylmercury, which can potentially cause health problems. But recent research has shown that rice grown in polluted conditions can also have raised levels. Now, a study appearing in ACS’ Journal of Agricultural and Food Chemistry reports that some types of infant rice cereal could also contain amounts of methylmercury that could potentially pose a health risk.

For years, elevated methylmercury levels in certain fish such as albacore tuna have led some people, particularly pregnant women, to limit their consumption of these species to reduce their potential exposure. Methylmercury is a form of mercury that, in high enough amounts, can cause neurological and reproductive problems in adults, and developmental issues in infants and young children. Within the past 10 years, rice has emerged as another potential source of mercury exposure. Studies have detected methylmercury in the grain when it is grown in polluted areas, potentially posing a health risk to people who rely on the crop as a daily staple. Given these results, Yong Cai and colleagues wanted to find out whether commercial rice cereal for infants also contain the substance.

The researchers tested 119 infant cereal samples made with a variety of grains. The products were purchased from different regions in the U.S. and China. Rice-based cereals had much higher levels of methylmercury than products with no rice, suggesting that the grain is a likely source of mercury. Rice cereal samples from the U.S. and China had similar levels, with a mean concentration of 2.28 micrograms of methylmercury per kilogram of product. Based on these results, the researchers estimated that infants who consume these products could ingest between 0.004 to 0.123 micrograms of methylmercury per kilogram of body weight daily. The potential health effects of this amount of mercury are hard to pin down.  The U.S. Environmental Protection Agency has set a 0.1 microgram/kg/day reference daily dose (RfD) for methylmercury. However, the standard was calculated using factors that might not be relevant to baby cereal, the researchers say. For example, the RfD is based on a pregnant woman’s intake of mercury and its transfer to the fetus. The researchers conclude that more studies are needed to more precisely understand how mercury in food might affect infants.

The authors acknowledge funding from the National Natural Science Foundation of China and the National Basic Research Program of China.