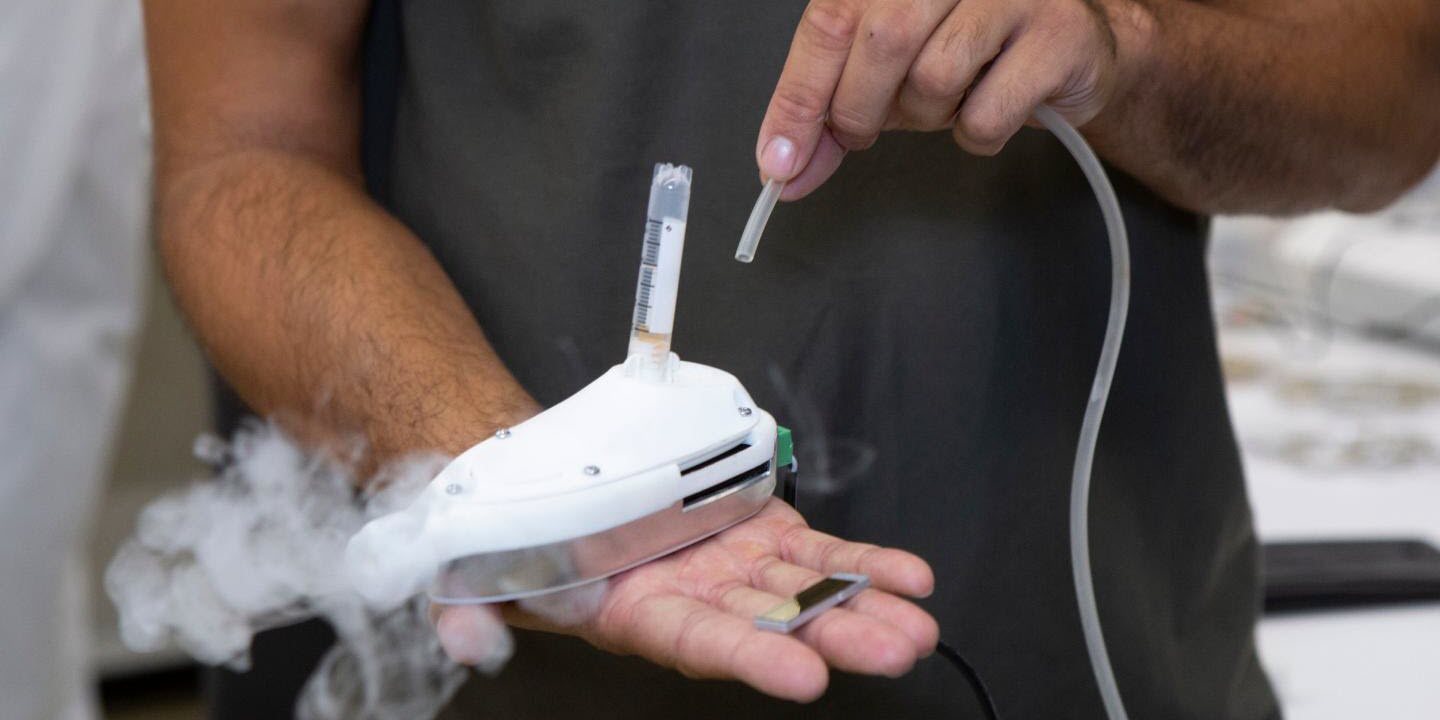 Researchers have revealed how high-frequency sound waves can be used to build new materials, make smart nanoparticles, and even deliver drugs to the lungs for painless, needle-free vaccinations.

While sound waves have been part of science and medicine for decades—ultrasound was first used for clinical imaging in 1942 and for driving chemical reactions in the 1980s—the technologies have always relied on low frequencies.

Now researchers at RMIT University in Melbourne, Australia, have shown how high frequency sound waves could revolutionize the field of ultrasound-driven chemistry.

A new review published in Advanced Science reveals the bizarre effects of these sound waves on materials and cells, such as molecules that seem to spontaneously order themselves after being hit with the sonic equivalent of a semi-trailer.

The researchers also detail various exciting applications of their pioneering work, including: 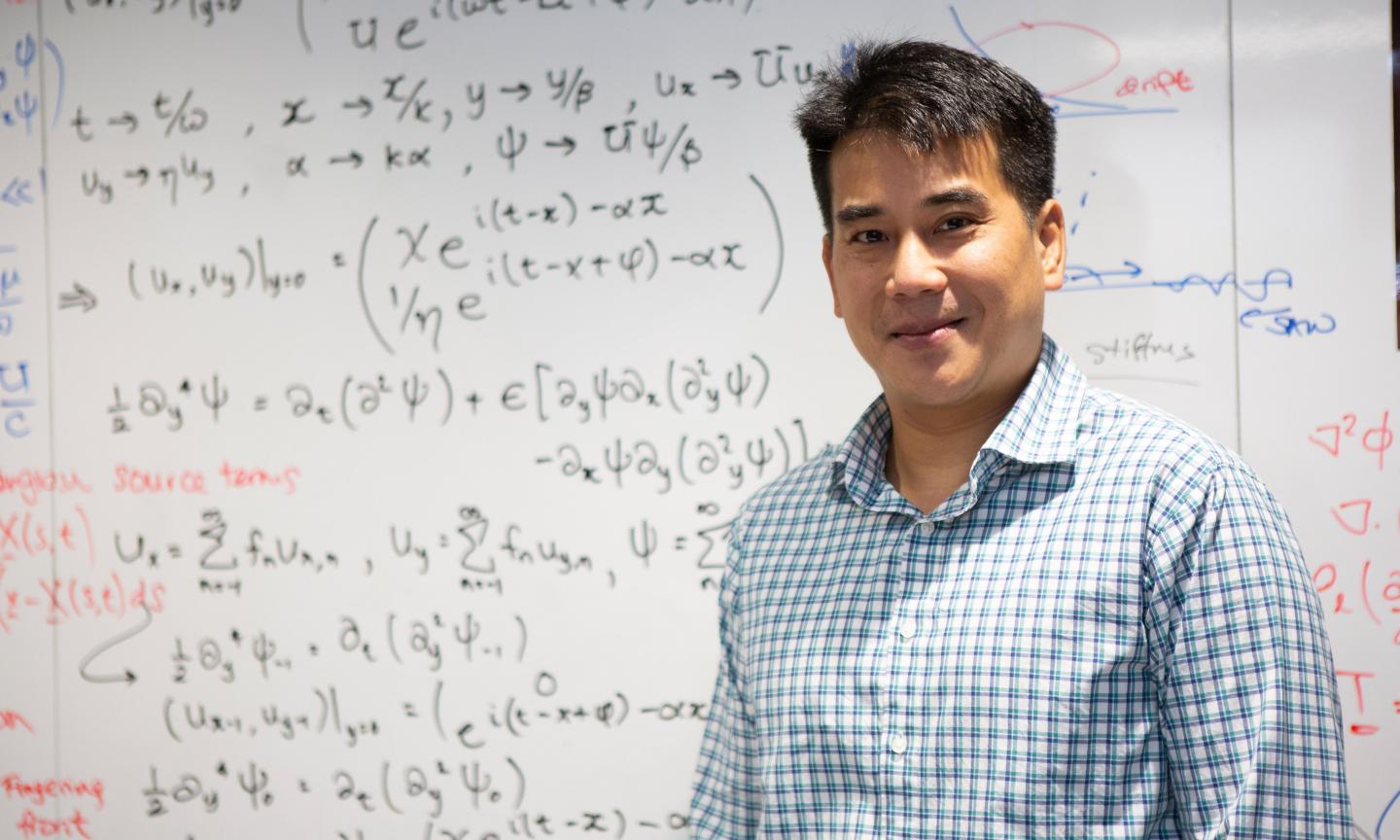 Lead researcher and distinguished professor Leslie Yeo and his team have spent over a decade researching the interaction of sound waves at frequencies above 10 MHz with different materials.

But Yeo says they are only now starting to understand the range of strange phenomena they often observe in the lab.

"When we couple high-frequency sound waves into fluids, materials and cells, the effects are extraordinary," he says. "We've harnessed the power of these sound waves to develop innovative biomedical technologies and to synthesize advanced materials. But our discoveries have also changed our fundamental understanding of ultrasound-driven chemistry—and revealed how little we really know.

Trying to explain the science of what we see and then applying that to solve practical problems is a big and exciting challenge."

Sonic waves: how to power chemistry with sound

Ultrasound has long been used at low frequencies—around 10 kHz to 3 MHz—to drive chemical reactions, a field known as "sonochemistry."

At these low frequencies, sonochemical reactions are driven by the violent implosion of air bubbles.

This process, known as cavitation, results in huge pressures and ultra-high temperatures—like a tiny and extremely localized pressure cooker.

But it turns out that if you up the frequency, these reactions change completely.

When high frequency sound waves were transmitted into various materials and cells, the researchers saw behavior that had never been observed with low-frequency ultrasound.

"We've seen self-ordering molecules that seem to orient themselves in the crystal along the direction of the sound waves," Yeo says. "The sound wavelengths involved can be over 100,000 times larger than an individual molecule, so it's incredibly puzzling how something so tiny can be precisely manipulated with something so big.

It's like driving a truck through a random scattering of Lego bricks, then finding those pieces stack nicely on top of each other—it shouldn't happen!"

While low-frequency cavitation can often destroy molecules and cells, they remain mostly intact under the high-frequency sound waves.

This makes them gentle enough to use in biomedical devices to manipulate biomolecules and cells without affecting their integrity - the basis for the various drug delivery technologies patented by the RMIT research team.

One of these patented devices is a cheap, lightweight and portable advanced nebulizer that can precisely deliver large molecules such as DNA and antibodies, unlike existing nebulizers.

This opens the potential for painless, needle-free vaccinations and treatments.

The nebulizer uses high-frequency sound waves to excite the surface of the fluid or drug, generating a fine mist that can deliver larger biological molecules directly to the lungs.

The nebulizer technology can also be used to encapsulate a drug in protective polymer nanoparticles, in a one-step process bringing together nano-manufacturing and drug delivery.

In addition, the researchers have shown irradiating cells with the high-frequency sound waves allows therapeutic molecules to be inserted into the cells without damage, a technique that can be used in emerging cell-based therapies. 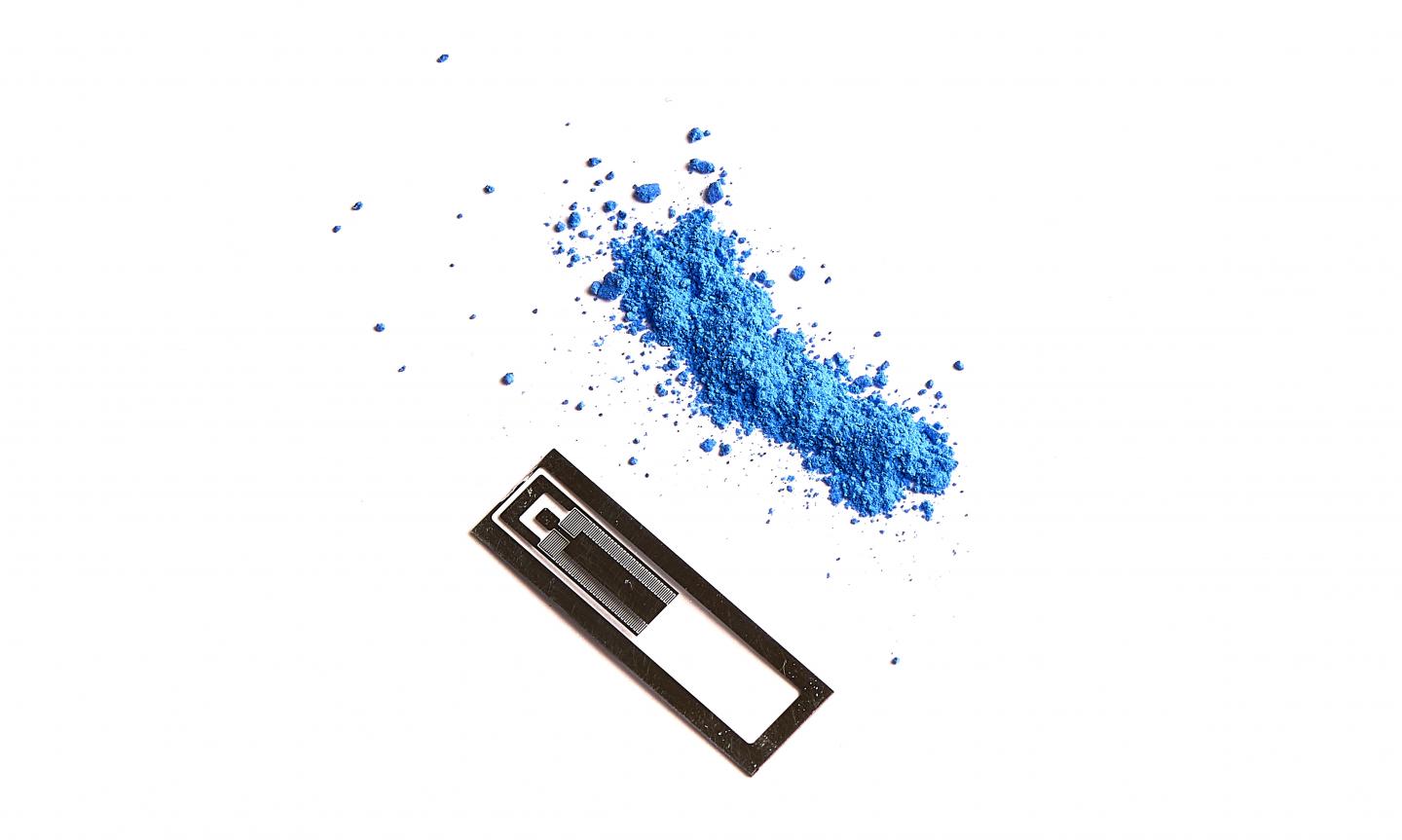 An acoustically-created MOF, with the microchip that produced the high-frequency sound waves used in the process.
RMIT University

The team has used the sound waves to drive crystallization for the sustainable production of metal-organic frameworks, or MOFs.

Predicted to be the defining material of the 21st century, MOFs are ideal for sensing and trapping substances at minute concentrations, to purify water or air, and can also hold large amounts of energy, for making better batteries and energy storage devices.

While the conventional process for making a MOF can take hours or days and requires the use of harsh solvents or intensive energy processes, the RMIT team has developed a clean, sound wave-driven technique that can produce a customized MOF in minutes and can be easily scaled up for efficient mass production.

Sound waves can also be used for nano-manufacturing 2D materials, which are used in myriad applications from flexible electric circuits to solar cells.

Scaling up and pushing boundaries

The next steps for the RMIT team are focused on scaling up the technology.

At a low cost of just $US0.70 per device, the sound wave-generating microchips can be produced using the standard processes for mass fabrication of silicon chips for computers.

"This opens the possibility of producing industrial quantities of materials with these sound waves through massive parallelization—using thousands of our chips simultaneously," Yeo said.

The team at the Micro/Nanophysics Research Laboratory, in RMIT's School of Engineering, is one of just a few research groups in the world bringing together high-frequency sound waves, microfluidics, and materials.

"The classical theories established since the mid-1800s don't always explain the strange and sometimes contradictory behavior we see—we're pushing the boundaries of our understanding."

- This press release was originally published on the RMIT University website. It has been edited for style