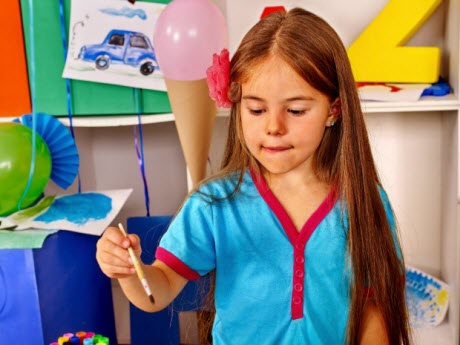 The findings appear in the journal Science.

The research, led by Lin Bian, a doctoral student at the University of Illinois, and NYU psychology professor Andrei Cimpian, demonstrates how early gender stereotypes take hold and points to the potential of their life-long impact. Sarah-Jane Leslie, professor of philosophy at Princeton University, also contributed to the research.

“Even though the stereotype equating brilliance with men doesn’t match reality, it might nonetheless take a toll on girls’ aspirations and on their eventual careers,” observed Cimpian, the paper’s senior author.

“Our society tends to associate brilliance with men more than with women, and this notion pushes women away from jobs that are perceived to require brilliance,” said Bian. “We wanted to know whether young children also endorse these stereotypes.”

With this question in mind, the researchers tested children ranging from five to seven years in a series of studies. In one experiment, the children heard a story about a person who was “really, really smart” and were then asked to guess which of four unfamiliar adults (two men, two women) was the story’s protagonist. They were also asked to guess which adult in a series of paired different-gender adults was “really, really smart.” While the results showed both boys and girls aged five viewed their own gender positively, girls aged six and seven were significantly less likely than boys to associate brilliance with their gender. These age differences were largely similar across children of various socioeconomic and racial-ethnic backgrounds.

A subsequent study asked whether these perceptions shape children’s interests. A different group of boys and girls aged six and seven were introduced to two games—one described as for “children who are really, really smart” and the other for “children who try really, really hard.” The content and rules of two games were otherwise very similar. Children were then asked four questions to measure their interest in these games (e.g., “Do you like this game, or do you not like it?”). Girls were significantly less interested than boys in the game for smart children; however, there was no difference between the boys’ and girls’ interest in the game for hard-working children—a finding that illuminates the targeted nature of gender stereotyping.

“In earlier work, we found that adult women were less likely to receive higher degrees in fields thought to require ‘brilliance,’ and these new findings show that these stereotypes begin to impact girls’ choices at a heartbreakingly young age,” said Leslie.

However, the researchers also caution that more work is needed to investigate how broadly these results apply.

This study was supported, in part, by a grant from the National Science Foundation (BCS-1530669).