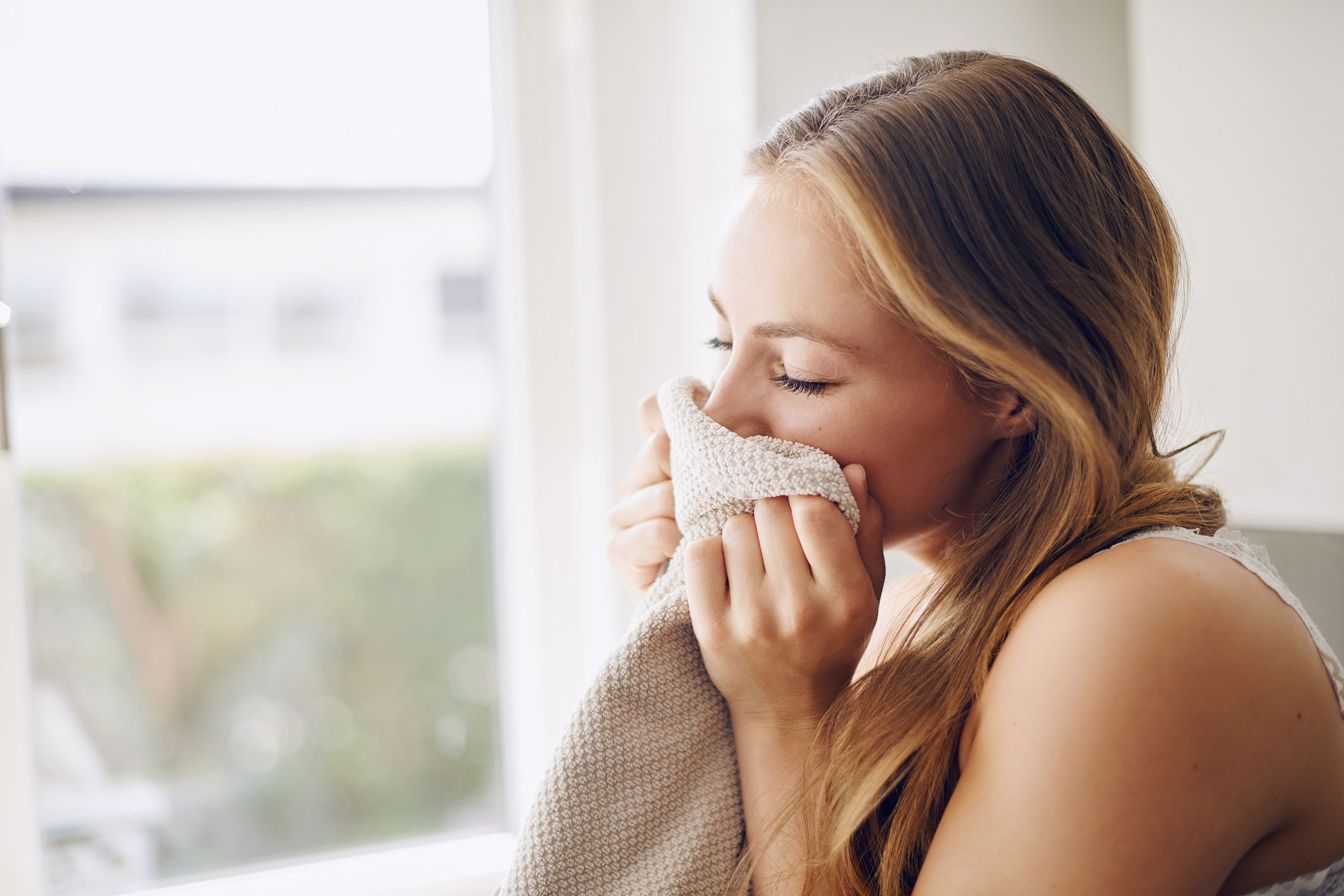 Photo Source: iStockThe study, published in the Journal of Personality and Social Psychology, found women feel calmer after being exposed to their male partner's scent. Conversely, being exposed to a stranger's scent had the opposite effect and raised levels of the stress hormone, cortisol.

"Many people wear their partner's shirt or sleep on their partner's side of the bed when their partner is away, but may not realize why they engage in these behaviours," said Marlise Hofer, the study's lead author and a graduate student in the University of British Colombia department of psychology. "Our findings suggest that a partner's scent alone, even without their physical presence, can be a powerful tool to help reduce stress."

For the study, the researchers recruited 96 opposite-sex couples. Men were given a clean T-shirt to wear for 24 hours, and were told to refrain from using deodorant and scented body products, smoking and eating certain foods that could affect their scent. The T-shirts were then frozen to preserve the scent.

The women were randomly assigned to smell a T-shirt that was either unworn, or had been worn by their partner or a stranger. They were not told which one they had been given. The women underwent a stress test that involved a mock job interview and a mental math task, and also answered questions about their stress levels and provided saliva samples used to measure their cortisol levels.

The researchers asked women to act as the "smellers" because they tend to have a better sense of smell than men.

Meanwhile, women who had smelled a stranger's scent had higher cortisol levels throughout the stress test.

The authors speculate that evolutionary factors could influence why the stranger's scent affected cortisol levels.

"From a young age, humans fear strangers, especially strange males, so it is possible that a strange male scent triggers the 'fight or flight' response that leads to elevated cortisol," said Hofer. "This could happen without us being fully aware of it."

Frances Chen, the study's senior author and assistant professor in the UBC department of psychology, said the findings could have practical implications to help people cope with stressful situations when they're away from loved ones.

"With globalization, people are increasingly traveling for work and moving to new cities," said Chen. "Our research suggests that something as simple as taking an article of clothing that was worn by your loved one could help lower stress levels when you're far from home."