May 13, 2020|3 min readUniversity of Illinois at Urbana-Champaign 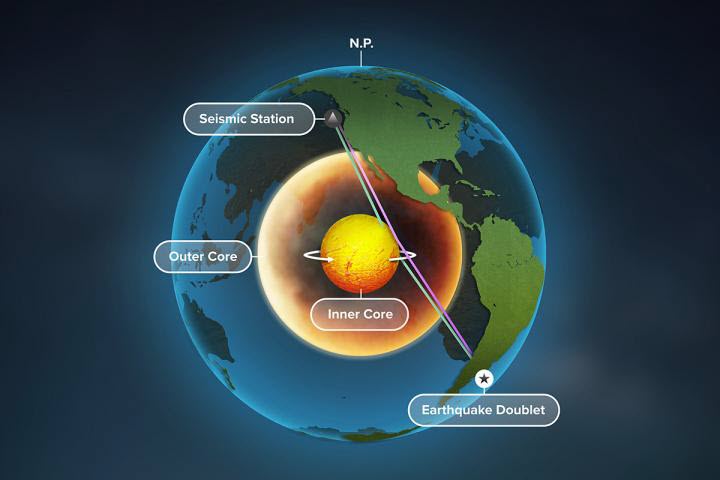 CHAMPAIGN, IL — Exhaustive seismic data from repeating earthquakes and new data-processing methods have yielded the best evidence yet that the Earth's inner core is rotating—revealing a better understanding of the hotly debated processes that control the planet's magnetic field.

The new study by researchers from the University of Illinois at Urbana-Champaign is published in the journal Earth and Planetary Science Letters.

Geologists do not fully understand how the Earth's magnetic field generator works, but suspect it is closely linked to dynamic processes near the inner core-outer core boundary area, the researchers said. Shifts in the location of the magnetic poles, changes in field strength and anomalous seismic data have prompted researchers to take a closer look. 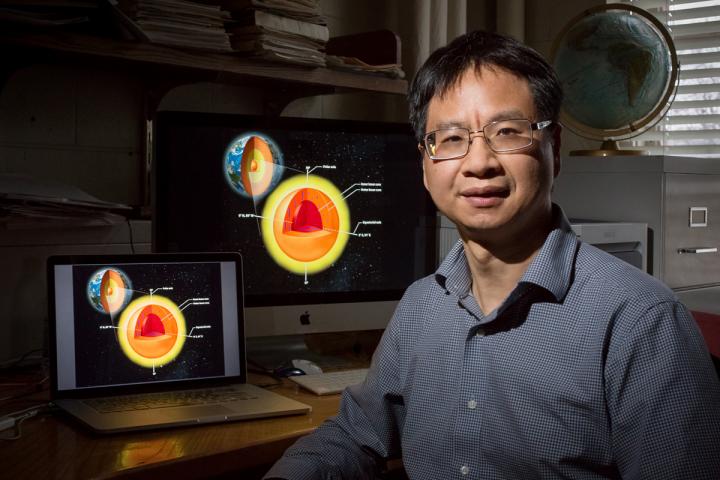 "In 1996, a small but systematic change of seismic waves passing through the inner core was first detected by our group, which we interpreted as evidence for differential rotation of the inner core relative to the Earth's surface," said geology professor and study co-author Xiaodong Song, who is now at Peking University. "However, some studies believe that what we interpret as movement is instead the result of seismic waves reflecting off an alternately enlarging and shrinking inner core boundary, like growing mountains and cutting canyons."

The researchers present seismic data from a range of geographic locations and repeating earthquakes, called doublets, that occur in the same spot over time. "Having data from the same location but different times allows us to differentiate between seismic signals that change due to localized variation in relief from those that change due to movement and rotation," said Yi Yang, a graduate student and lead author of the study.

Related Article: Earth’s Inner Core Is Much Younger Than We Thought 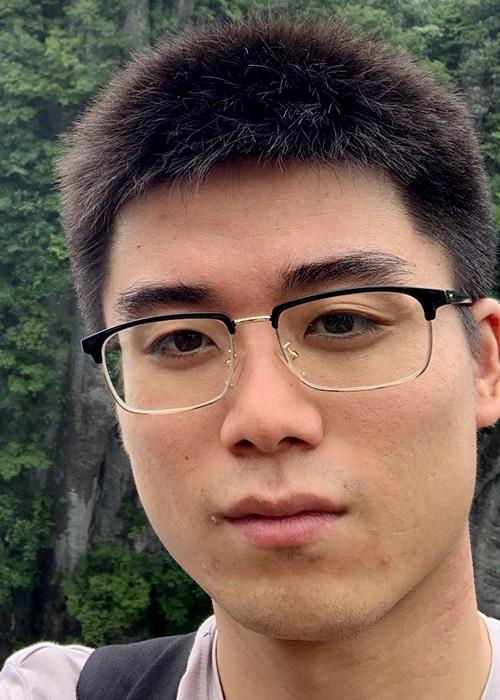 The basis of the debate lies in the fact the prior studies looked at a relatively small pool of somewhat ambiguous data generated from a method that is highly dependent on accurate clock time, the researchers said.

"What makes our analysis different is our precise method for determining exactly when the changes in seismic signals occur and arrive at the various seismic stations across the globe," Yang said. "We use a seismic wave that did not reach inner core as a reference wave in our calculations, which eliminates a lot of the ambiguity."

This precise arrival time analysis, an extensive collection of the best quality data and careful statistical analysis performed by Yang, are what give this study its power, Song said. "This work confirms that the temporal changes come mostly, if not all, from the body of the inner core, and the idea that inner core surface changes are the sole source of the signal changes can now be ruled out," he said.