Although it has become increasingly accepted for medical and recreational use, cannabis is still considered among one of the most widely used illegal substances in the United States and in many European countries. A common assumption is that cannabis consumption before or during work hours causes substandard work performance, yet there has been very little scientific exploration regarding the impact of cannabis use after working hours.

Dr. Jeremy Bernerth, management professor at San Diego State University's Fowler College of Business and H. Jack Walker, management professor at Auburn University's Raymond J. Harbert College of Business, set out to determine the effects of different types of cannabis use (before, during, and after hours) on work performance, especially as it relates to core job requirements, helping colleagues or their organizations, and counterproductive behavior in the workplace. Their research titled, "Altered States or Much to Do About Nothing? A Study of When Cannabis Is Used in Relation to the Impact It Has on Performance," was recently published in Group & Organization Management.

"Given the popularity of cannabis on a national level, it should be of little surprise that organizations spend billions of dollars each year addressing what many believe is a problem," explained Bernerth. "To our knowledge, this is the first study to research cannabis usage in relation to workplace behaviors in nearly 20 years. We hope this research can provide organizations with the necessary information to structure their substance policies."

Surveying Employees and Their Supervisors

The researchers studied key job requirements (called "task performance" in the study), the willingness to voluntarily help the organization or their colleagues (called "citizenship behavior"), and the counterproductive work behavior of employees by surveying 281 employees and their direct supervisors. Participating employees and managers were recruited through social media and with the help of university business students, though cannabis usage was not required of the survey participants.

Each employee was asked about the frequency and the timing of their cannabis use as it relates to their work shift (for example, how often over the past 12 months had they used cannabis within two hours before starting the workday). Their supervisors were asked to assess their employee's task performance, citizenship behavior, and counterproductive work behavior. 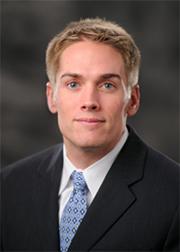 Dr. Jeremy Bernerth, management professor at San Diego State University and H. Jack Walker, management professor at Auburn University set out to determine the effects of different types of cannabis use (before, during, and after hours) on work performance, especially as it relates to core job requirements, helping colleagues or their organizations, and counterproductive behavior in the workplace.
San Diego State University

They also found supervisors were more likely to report reduced citizenship behavior (or helpfulness) toward the organization and increased counterproductive work behaviors among employees who said that they used cannabis before and during work hours. However, the results showed no discernable effects for employees who used cannabis after work. The researchers also noted that there was no correlation between employee's willingness to engage in citizenship behavior aimed at their coworkers with cannabis usage regardless of the time of usage.

While the results of the study showed that supervisors reported that employee cannabis use before or on the job diminished most areas of their performance, there was no significant change in any of the work performance dimensions when employees used cannabis after work hours.

"The findings are obviously consequential for scholars and organizations who believe that all cannabis use negatively impacts workplace behaviors," said Bernerth. "Our research suggests there is no evidence that after-work usage compromises work performance as assessed by one's direct supervisor."

Cannabis Use May Offer Work-Related Benefits

Though the research doesn't offer direct evidence, Bernerth suggests that after-hours cannabis use may offer some work-related benefits. "Individuals deciding to consume cannabis after finishing their work may be able to distract themselves from stressful on-the-job issues," said Bernerth. "The relaxation induced by cannabis may help employees restore energy spent during the day and they may subsequently return with more stamina to devote to their job once they are back on the clock."

However, one of the major challenges facing employers with substance policies is determining when employees consume cannabis. Bernerth noted that testing for cannabis consumption (through urinalysis, for example) can only detect the presence of metabolites in the system as opposed to the frequency or time of use. This may make it difficult for organizations to defend strict substance policies. Said Bererth: "Since our study shows that off-the-job cannabis use has little to no impact on workplace performance, organizations will be hard-pressed to provide legally defensible justifications for the continuation of policies prohibiting all forms of cannabis use."

- This press release was originally published on the SDSU website