Pollution particles, including metals, have been found in the placentas of 15 women in London, according to research led by Queen Mary University of London.

The study, funded by Barts Charity and published in the journal Science of the Total Environment, demonstrates that inhaled particulate matter from air pollution can move from the lungs to distant organs, and that it is taken up by certain cells in the human placenta, and potentially the fetus.

The researchers say that further research is needed to fully define the direct effect that pollution particles may have on the developing fetus. 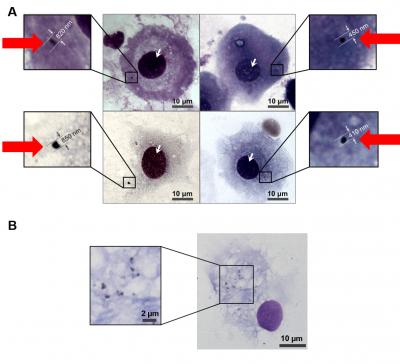 Lead author and professor Jonathan Grigg from Queen Mary University of London said: "Our study for the first time shows that inhaled carbon particulate matter in air pollution, travels in the blood stream, and is taken up by important cells in the placenta. We hope that this information will encourage policy makers to reduce road traffic emissions in this post lockdown period."

Dr. Norrice Liu from Queen Mary University of London added: "Pollution levels in London often exceed annual limits and we know that there is a link between maternal exposure to high pollution levels and problems with the fetus, including risk of low birthweight. However, until now we had limited insight into how that might occur in the body."

Placentas from 15 consenting healthy women were donated to the study following the birth of their children at The Royal London Hospital. Pollution exposure was determined in 13 of the women, all of whom had exposure above the annual mean WHO limit for particulate matter. The cells in the placentas were analyzed using a range of techniques including light and electron microscopy, x-rays, and magnetic analyses.

Black particles that closely resembled particulate matter from pollution were found in placental cells from all 15 women and these appeared in an average of 1 per cent of the cells which were analyzed. 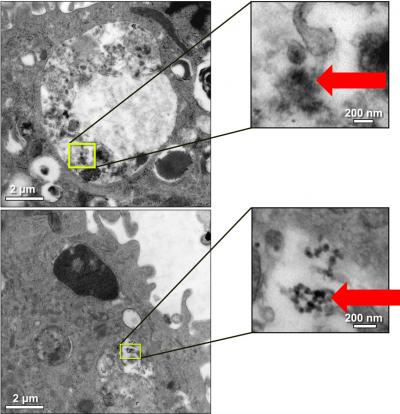 The majority of particles found in the placental cells were carbon-based, but researchers also found trace amounts of metals including silica, phosphorus, calcium, iron and chromium, and more rarely, titanium, cobalt, zinc, and cerium.

Analysis of these nanoparticles strongly suggests that they predominantly originated from traffic-related sources. Many of these metals are associated with fossil fuel combustion, arising from fuel and oil additives, and vehicle brake-wear.

Dr. Lisa Miyashita from Queen Mary University of London said: "We have thought for a while that maternal inhalation could potentially result in pollution particles traveling to the placenta once inhaled. However, there are many defense mechanisms in the lung that prevent foreign particles from traveling elsewhere, so it was surprising to identify these particles in the placental cells from all 15 of our participants."

Fiona Miller Smith, chief executive of Barts Charity said: "This is an incredibly important study and immensely relevant to mums-to-be in our local community, indeed in any urban community anywhere in the world.

In the current climate it can be hard to see beyond COVID and so we are particularly proud to have funded this vital work and truly hope that it will lead to greater awareness of the risks of pollution to the unborn child."

- This press release was originally published on the QMUL website