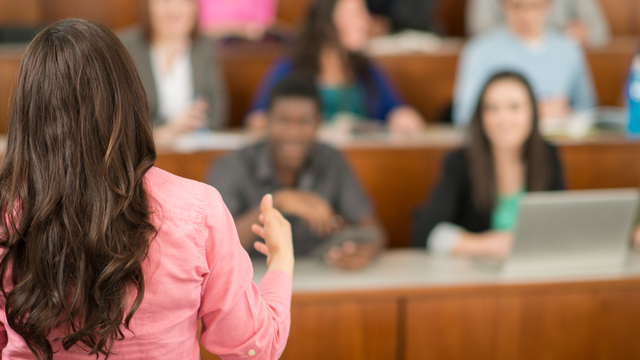 An average American woman currently earns 79 percent of the pay a man makes for doing the same job. That says a lot about an individual's perceived value according to gender.

But pay isn't the only way to study this difference. A study published last week in PS: Political Science and Politics is adding a new dimension to the gender gap, showing that women are actually evaluated more harshly than men when doing the same job—in this case, teaching.

Lead author Kristina Mitchell, director of undergraduate studies and director of online and regional site education in the Texas Tech University Department of Political Science, paired with former Texas Tech doctoral student Jonathan Martin, now an assistant professor of political science at Midland College, to explore whether their experiences teaching college courses as a woman and man, respectively, would be supported by data.

After conducting identical online courses, Mitchell and Martin performed a content analysis of their evaluation comments, both formal university comments and informal Rate My Professor comments. They found that not only do women receive different types of comments than men, but men also receive higher evaluations than women when all other factors are held constant.

"We think there is a subconscious bias in which students view men as more qualified and competent," Mitchell said. "We found that students indeed refer to a man as 'professor' and a woman as 'teacher,' which contributes to the idea that students are simply more likely to think of men as qualified to teach at a university level. 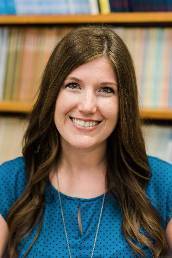 Kristina MitchellPhoto courtesy of Texas Tech University"This is a major issue, because student evaluations are used in hiring, tenure, and promotion decisions. If student evaluations are systematically biased against women, then we have a big problem. It's a discrimination issue, because women are systematically disadvantaged."

"Reading my comments on Rate My Professors was a horrible experience," Mitchell said. "I saw some truly awful comments. I've since had my entire page removed because of some of the terrible things that were written. The findings were really astounding."

Because of the importance of evaluations in terms of faculty members' careers, Mitchell is now working to develop materials that help students understand the purpose of evaluations and how to fill them out in a helpful way.