Largest study of its kind 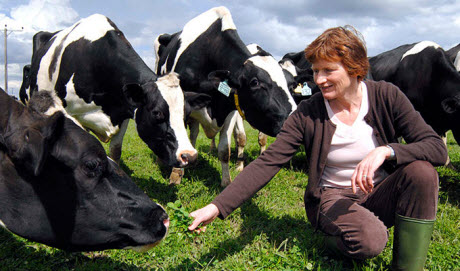 Publishing their findings Feb. 16 in the British Journal of Nutrition, the team say the data show a switch to organic meat and milk would go some way towards increasing our intake of nutritionally important fatty acids.

“Western European diets are recognized as being too low in these fatty acids and the European Food Safety Authority (EFSA) recommends we should double our intake.

“But getting enough in our diet is difficult. Our study suggests that switching to organic would go some way towards improving intakes of these important nutrients.”

Western European diets are too low in omega-3 fatty acids

The systematic literature reviews analysed data from around the world and found that organic milk and meat have more desirable fat profiles than conventional milk and meat.

Most importantly, a switch from conventional to organic would raise omega-3 fat intake without increasing calories and undesirable saturated fat.  For example, half a litre of organic full fat milk (or equivalent fat intakes from other dairy products like butter and cheese) provides an estimated 16 percent (39 mg) of the recommended, daily intake of very long-chain omega-3, while conventional milk provides 11 percent (25 mg).

Other positive changes in fat profiles included lower levels of myristic and palmitic acid in organic meat and a lower omega-6/omega-3 ratio in organic milk. Higher levels of fat soluble vitamins such as vitamin E and carotenoids and 40 percent more CLA in organic milk were also observed.

The study showed that the more desirable fat profiles in organic milk were closely linked to outdoor grazing and low concentrate feeding in dairy diets, as prescribed by organic farming standards.

Newcastle University’s Professor Carlo Leifert, who led the studies, said: “People choose organic milk and meat for three main reasons: improved animal welfare, the positive impacts of organic farming on the environment, and the perceived health benefits. But much less is known about impacts on nutritional quality, hence the need for this study.

“Several of these differences stem from organic livestock production and are brought about by differences in production intensity, with outdoor-reared, grass-fed animals producing milk and meat that is consistently higher in desirable fatty acids such as the omega-3s, and lower in fatty acids that can promote heart disease and other chronic diseases.”

Avoiding iodine over- and under-supply from milk is a challenge

The study also found 74 percent more iodine in conventional milk which is important information, especially for UK consumers, where iodized table salt is not widely available.

Gillian Butler, co-author and senior lecturer in animal nutrition at Newcastle University, explains: “There is a relatively narrow margin between dietary Iodine deficiency ( 500 µg/day) from our diet which can lead to thyrotoxicoxis.

“Optimizing iodine intake is therefore challenging, since globally there seems to be as much concern about excessive rather than inadequate intake.”

In the USA, China, Brazil, and many European countries, where Iodine fortified salt is widely used, elevated levels of iodine in milk may increase the risk of excessive intake for individuals with high dairy consumption. For this reason the European Food Safety Authority (EFSA) has proposed a reduction in the permitted level of iodine in cattle feed from 5 to 2 mg iodine per kg of feed.

The daily recommended intake of iodine in the UK is 140 µg/day and just over half comes from dietary sources other than milk/dairy products. Based on results from the study, half a litre of milk would provide 53 percent of and 88 percent of the daily recommended intake from organic and conventional milk respectively. However, pregnant and breastfeeding women have a higher iodine requirement (250 µg/day) and are therefore more at risk of iodine deficiency, which could affect neurological development in babies.

Further evidence of the health benefits of organic food 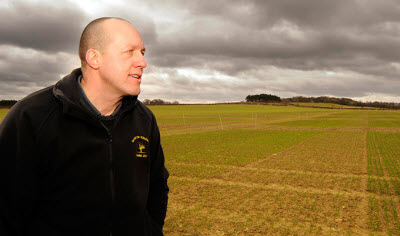 Professor Carlo LeifertPhoto courtesy of Newcastle UniversityThe work builds on a previous study by the team–involving experts from the UK, US, France, Italy, Switzerland,and Poland–investigating the composition of organic and conventionally-grown crops.

This previous study–also published in the British Journal of Nutrition–showed that organic crops and crop-based foods are up to 60 percent higher in a number of key antioxidants than conventionally-grown crops and contained less of the toxic metal cadmium.

“We have shown without doubt there are composition differences between organic and conventional food. Taken together, the three studies on crops, meat and milk suggest that a switch to organic fruit, vegetables, meat and dairy products would provide significantly higher amounts of dietary antioxidants and omega-3 fatty acids,” concludes Professor Leifert.

“We need substantially more, well designed studies and surveys before we can accurately estimate composition differences in meat from different farm animals and for many nutritionally important compounds (vitamins, minerals, toxic metal and pesticide residues), as there is currently too little data to make comparisons.

“However, the fact that there are now several mother and child cohort studies linking organic food consumption to positive health impacts shows why it is important to further investigate the impact of the way we produce our food on human health.

The authors highlight that only a small number of studies have been carried out comparing organic and non-organic meat, and that even significant results may still carry a high level of uncertainty.

The authors of this study welcome the continued public and scientific debate on this important subject. The entire database generated and used for this analysis is freely available on the Newcastle University website, alongside the data from their previous study on organic versus conventional crops (http://research.ncl.ac.uk/nefg/QOF) for the benefit of other experts and interested members of the public.