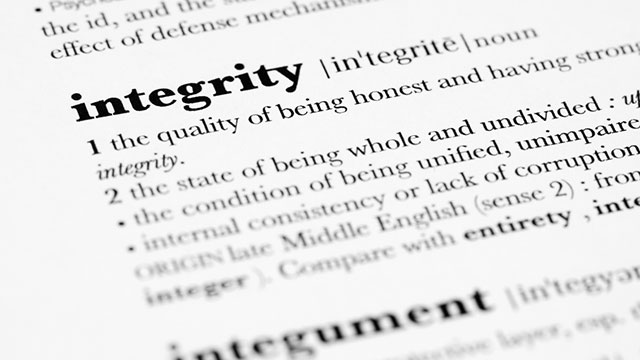 Five years after the implementation of a congressional mandate, West Virginia University (WVU) researchers found that the majority of top U.S. research universities have not complied with the National Science Foundation’s policy on instruction in the responsible conduct of research.

But researchers say a lack of response to the policy may be more of a reflection of unclear guidelines than a compliance issue.

“There are a lot of people in the research community, especially given our findings, who say the policy as its currently written is doing more harm than good,” said Trisha Phillips, an associate professor of political science in the Rockefeller School of Policy and Politics at WVU. “It relegates research integrity simply to a compliance issue, which marginalizes the topic and allows institutions to do a poor job, which is actually more harmful to the goal than doing nothing at all. It is minimalizing the importance of an ethical approach to research.”

Federal policy has been a driver of instruction in responsible conduct of research at U.S. universities for over 25 years. While the NSF policy calls for its funded institutions to provide training and oversight in the responsible and ethical conduct of research, or RCR, the policy does not include accountability measures or best practices for implementation of the instructional plans.

“Our study was primarily focused on the impact of the NSF policy, and we found that it is not having a meaningful or positive impact on fostering research integrity,” Phillips said. “We’re worried that the goal of the policy was simply compliance with the congressional mandate rather than supporting and requiring meaningful education in the responsible conduct of research.”

The study used a sample of 108 universities classified as Carnegie “very high research activity.” Through searches of institutional websites, the research team found and analyzed all publicly available NSF RCR training plans in light of consensus best practices in RCR education that were known at the time the NSF policy was implemented. 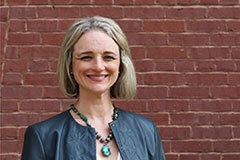 Trisha Phillips, an associate professor of political science in the Rockefeller School of Policy and Politics at WVU.Photo courtesy of West Virginia University“We looked online because we wanted to look for the information where the people who need it are likely to look. If the information is there, that’s the information that’s going to be operationalized,” Phillips said. “We thought that our data might be nonrepresentational if we just talked to people because we realized there was confusion that might affect how well our data represents NSF compliance.”

In conversing with researchers at other universities, Phillips identified confusion over the research integrity education activities in which institutions might be engaged with versus what they actually require.

“We talked with people who said their universities are doing a lot with RCR education instruction—but their NSF plans only required the bare minimum. The plans are not representative of what’s actually happening, but they are representative of what the institutions are requiring people to do in response to the NSF mandate,” Phillips said. “The cases where the institutions have a really low bar for the NSF policy, even though they might be doing other interesting things relating to research integrity, was an especially interesting finding.”

The U.S. Office of the Inspector General is in the process of conducting its own internal review of the NSF’s RCR instructional policy. However, the timetable for releasing the report has not yet been announced.

It was not until several high profile scandals in the 1970s, 1980s, and early 1990s that the need for research integrity policies and RCR education became apparent. The idea of formal RCR instruction was first introduced in 1989 through an Institute of Medicine report. The report also proposed creating an NIH office charged with fostering integrity in research, which led to creation of the Office of Research Integrity in the Department of Health and Human Services.

“We all want to believe that scientists are good people and people of integrity. We all want to believe that when people of integrity do work, they engage in their work with integrity. That, coupled with the self-correcting nature of the scientific process, created an environment for quite a long time where nobody thought we needed to pay attention to issues of integrity in research,” Phillips said. “Within the broader scheme of academia, research on research integrity is a really new field—it’s only 25 years old. It’s been slow-going, and still not all institutions recognize the importance of integrating RCR into training rather than just providing it as an add-on or a compliance element. We’re still working to make it better. It’s a very small field, but it’s growing and being recognized as having an impact.

The study was supported in part by the Eberly College of Arts and Sciences, which provided funds to allow the findings to be published as open access.

“The study’s open access is enabling it to have a much bigger impact than if it had been available only through subscriptions,” Phillips said. “That has really affected the impact of our findings.”

In their future research, Phillips and Heitman plan to conduct a companion study focused on universities’ best instructional RCR plans and activities as well as a study on the National Institutes of Health’s RCR education policies.