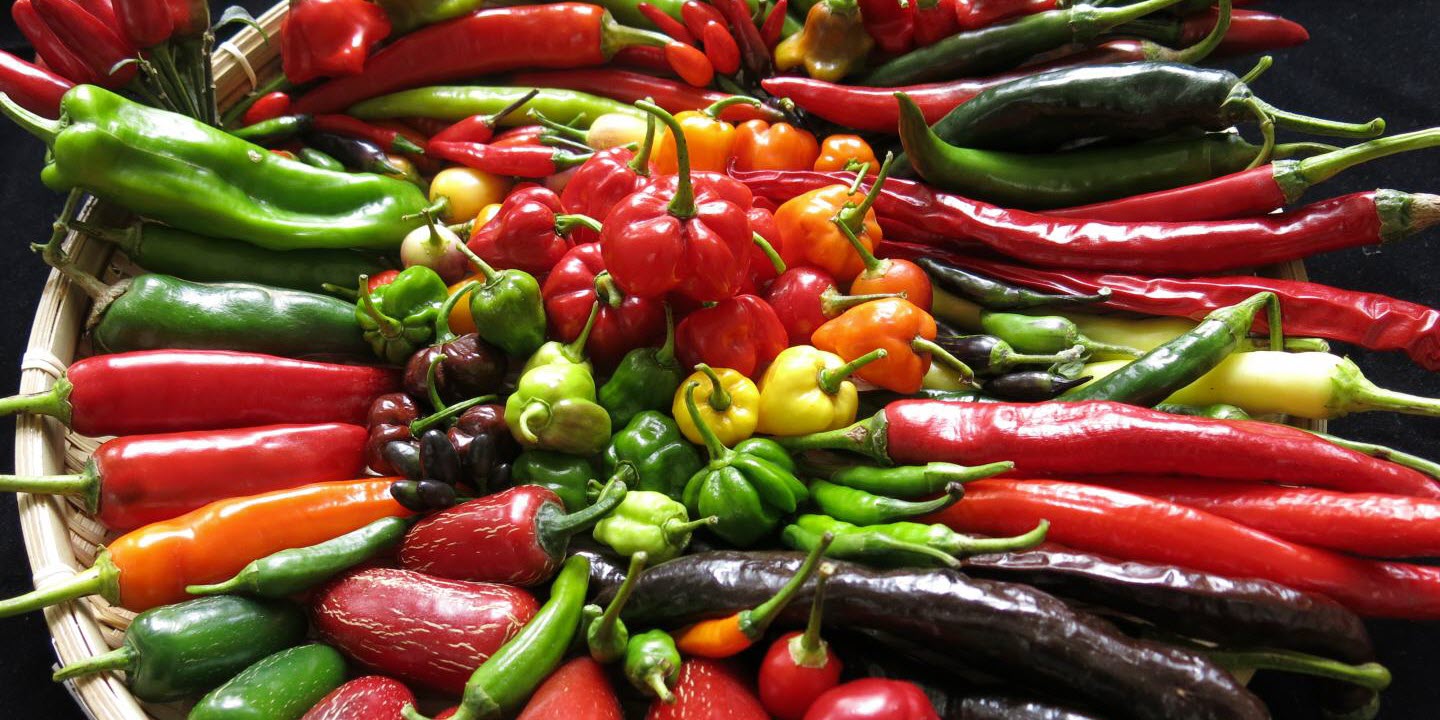 There are 35 species of pepper in the Capsicum family, including five domesticated species.
World Vegetable Center

Scientists investigating the genetics of chili pepper species have discovered a whole host of new chili hybrids that can be grown by crossing domesticated peppers with their wild cousins. This will allow plant breeders to create new varieties that have better disease resistance and could increase productivity.

Despite their huge world-wide culinary appeal, chilies are relatively difficult to cultivate, being prone to disease and sensitive to growing conditions.

There are 35 species of pepper in the Capsicum family, including five domesticated species. The most well-known of these is C. annuum, which includes several varieties with widely differing shapes and tastes, including bell peppers, jalapeños, New Mexico chilies, and cayenne peppers.

The team of scientists from the World Vegetable Center in Taiwan investigated the genetic relatedness between 38 samples of 15 species of wild and domesticated peppers collected from locations around the world.

Their findings, published in the journal, PLOS ONE, found that breeding compatibility between species was not necessarily connected to how closely related they were to each other.

They also discovered that four species were wrongly characterized.

Lead author of the study, Catherine Parry, collected the data while on a six-month work placement at the World Vegetable Center as part of her undergraduate degree in biology at the University of Bath.

She said: "The main differences between peppers that are grown for culinary purposes and their wild counterparts are that the wild species have much smaller fruits and leaves. However, we have large gaps in our understanding of the wild relatives of the Capsicum family.

It was previously thought that only a narrow range of species could be successfully hybridized for cultivation, but our research has shown that there is a much wider potential number of varieties that could be grown. Many of the wild species have better disease resistance and so our findings could be valuable for identifying candidates for future breeding programs, potentially increasing productivity for food producers and maybe even creating some new flavors to explore too!"

Dr. Derek Barchenger, from the World Vegetable Center and second author on the study, said: "Unlike other crops in Solanaceae, the use of wild relatives in pepper/chili/chile pepper breeding programs is extremely limited. In fact the phylogeny of Capsicum is still not completely resolved. There are many important abiotic and biotic stresses to which we lack sources of resistance and tolerance.

Therefore, we are interested in exploring the wild relatives of Capsicum to identity resistant sources to incorporate into our breeding program. This study provides a critical first step in the utilization of Capsicum wild relatives in breeding by expanding our understanding of genetic and phenotypic similarities and crossability among wild and domesticated species."

- This press release was originally published on the University of Bath website. It has been edited for style