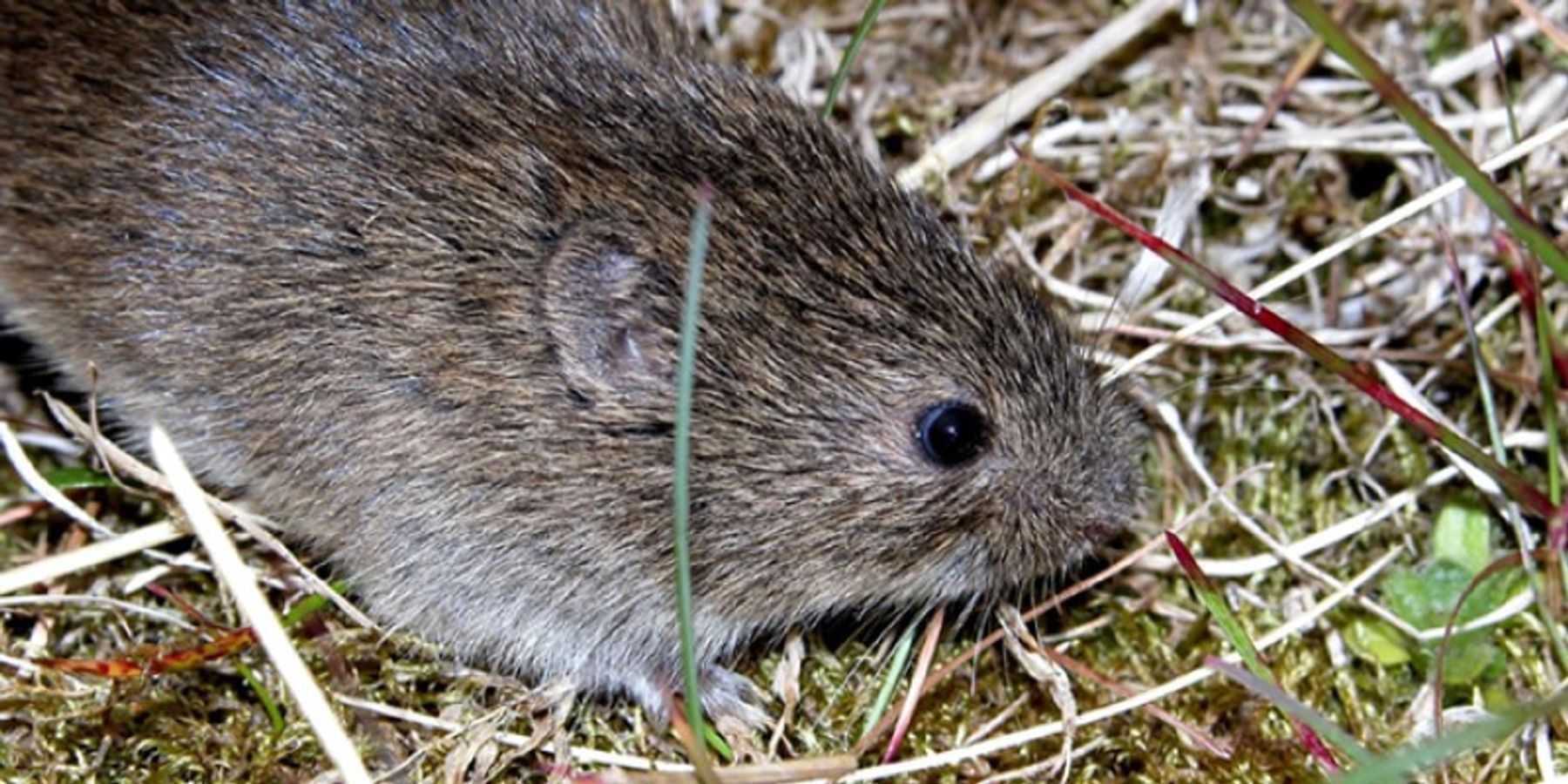 An East European vole on Spitzbergen island. These animals were introduced to the Svalbard islands over a few decades. With no predators, their presence provides scientists with a living system to assess the impacts of predators on the populations cycles of small Arctic mammals
Nigel Yoccoz

OTTAWA, CANADA — A decades-long study of voles on the Norwegian archipelago of Svalbard is offering insights into a longstanding puzzle of Arctic ecology—effectively, what drives the well-established population cycles of small Arctic mammals, such as voles and lemmings.

These plant-eating rodents are among the most populous mammals in the Arctic and are critical parts of the food web. The results, published online in the journal PNAS (Proceedings of the National Academy of Sciences) by a team of Canadian and Norwegian scientists, suggest the importance of predators as a primary factor driving the regular, three-to-five-year cycles of abundance in small mammal populations. In essence, the study shows that bottom-up, herbivore-plant interactions fail to generate such population cycles.

“What we have on Svalbard is a unique situation where the voles have no specialized predators, which is very different from their counterparts in other parts of the Arctic,” says Dr. Dominique Fauteux, research scientist with the Canadian Museum of Nature, and lead author of the study. “This means we have a real-life, simple model in which to test the influences on their populations, when the regulation from predators is absent.”

Fauteux has studied the ecology and food webs of small mammals for 10 years in the Canadian Arctic, where Arctic foxes, ermines, and raptors are their common predators. However, the complexities of the food web mean that it’s challenging to tease out the relative importance of predators, the bottom-up influence of plants on herbivores, and non-biological factors such as weather and climate.

The unusual situation on Svalbard provides some unique insights. The East European vole (Microtus levis) was likely introduced to Spitzbergen island (part of the Svalbard archipelago) via mining ships from Russia sometime from the 1920s to the 1960s. The island provided an isolated ecosystem with no significant predators, and grasses on which the voles thrived.

Norwegian scientists, including study coauthors Dr. Rolf A. Ims, Dr. Audun Stien, and Dr. Nigel G. Yoccoz at the Arctic University of Norway, and Dr. Eva Fuglei at the Norwegian Polar Institute, monitored populations of the voles over two decades in the 1990s and 2000s. They tagged and tracked them using livetrapping. The voles burrow in rocky outcrops and thrive on the grass covering the enriched soil along coastal slopes, which are fertilized by droppings of Thick-billed Murres and Black-legged Kittiwakes that breed on nearby cliffs.

The vole population fluctuated dramatically over the two decades–from peaks of about 120 per hectare, to an almost total absence. However, the scientists found that unlike the populations of voles in other Arctic and boreal regions, the voles of Svalbard showed no significant cyclic pattern in their population dynamics.

Fauteux used this data and brought to bear demographic analyses to strengthen the team’s hypothesis about the importance of predators in regulating the population dynamics. The team then tested theoretical models with the results from Fauteux’s analyses to determine if the observed demographic processes could lead to similar population cycles observed elsewhere. If the availability of food for the voles was a primary factor, then the voles of Svalbard would also expect to show the typical three-to-five year cycle. This was not the case.

“The strength of our study is that because we have such a simple system, we have good evidence that access to food cannot be the only factor for creating the typical cycles for small mammals.” This points to the importance of top-down, predator-prey regulation for small mammal populations, he notes.

A secondary part of the study looked at the influence of climate on the population fluctuations. Previous work by the Norwegian researchers has shown that rain on snow during winters created crusty layers that would impede both the voles and Svalbard reindeer from accessing the plants underneath the snow.

Extreme population declines resulted over winters where there was significant rain on snow. The current study by Fauteux and his collaborators; however, shows that population declines also happen when the density of voles is very high in the fall—likely leading to overgrazing with reduced survival during the long Arctic winters.

A theoretical model informed by these empirical results shows that the combination of climate variability and density-dependent overgrazing in winter contributes to the irregular “boom-bust” dynamics of this High Arctic vole population.